Green Vehicle Expo heads to Shanghai June 17-19. The expo which will feature many green car technologies including electric, hybrid, fuel cell and solar vehicles will be located at the Shanghai Exhibition Center.
According to The Independent, among those attending will be Volkswagen with its Bluemotion technologies. Other exhibitors will include many domestic manufacturers including BYD and Shanghai Auto Industry Corporation (SAIC).
Beijing International Automotive Exhibition was a great success in April, demonstrating China's role in the green car revolution to an international audience. China's home brands including Chery Automobile and BYD Auto brought their latest electric vehicle models to that show, including the debut of E1 electric concept car from SAIC.
Changan Automobile Group showed four hybrid car models and six electric ones to the Expo. The firm's president said the automaker's future strategy would focus on "G-Living", which refers to "green, growth and global."
The Beijing show with a theme of 'Imagining the Green Future' focused on cleaner energy vehicles, displaying a total of 95 alternative fuel driven cars from foreign and Chinese automakers alike. In total, they were joined by 65 concept vehicles and 89 models making their world debut, forming part of the 990 exhibits from 16 countries and regions. It is hoped that the Shanghai show will further impress on the world, China's role in developing greener vehicles.
Number of manufacturers of electric vehicles in China by type 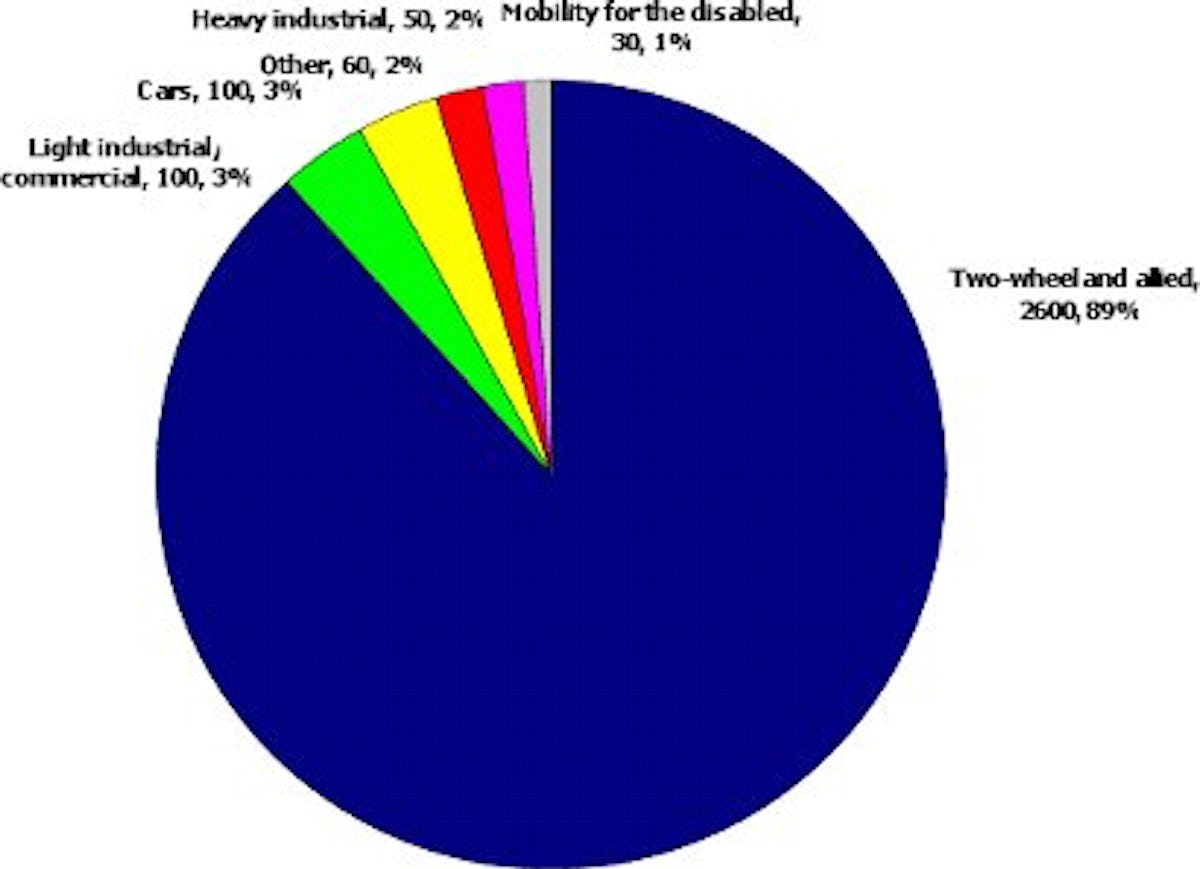 Source IDTechEx report, "Electric Vehicles 2010-2020"
The pilot program of state subsidies for buying electric vehicles will be rolled out in five cities across the country where buyers of electric or hybrid vehicles will given state aid, according to China's official news agency Xinhua. Each consumer will be entitled to receive up to $8,748 under the scheme that will take place in Shanghai, Changchun, Shenzhen, Hangzhou and Hefei.
China has both one of the largest automobile industries and highest emissions levels anywhere in the world. Previous attempts to reduce emissions created by its transport industry have included restricted access to metropolises such as Beijing on certain days using a registration plate system.
The country has publicly stated its wish to produce 15 per cent of its power demand by 2020 from renewable energy. However, it needs to get a massive charging infrastructure in place and there is very little progress on this as yet.
Also attend: Future of Electric Vehicles which uniquely covers the whole electric vehicle market - land, sea, air whether hybrid or pure EV - with emphasis on future breakthroughs.