In previous articles in EVR we have described the new electric stunt plane from EADS in France and the production pure electric sport plane from in China. Here we wind the clock back a little to show how the early work on pure electric aircraft is spawning many other very different aircraft, a common factor being the use of lightweight lithium polymer batteries that need no metal enclosure.
We also see how many of the other components are related to those used in electric vehicles on land and in water. This is all one subject, as is reflected in the unique IDTechEx conference in San Jose 7-8 December Future of Electric Vehicles.

From 1960 to 2006 there were over 60 projects where sailplanes and gliders, relying on lift from the air, were motorised electrically to assist the process. Then came pure electric fixed wing planes that could take off and land entirely powered by the electric motor.
In 2006, the Japanese flew the first pure electric manned aircraft. 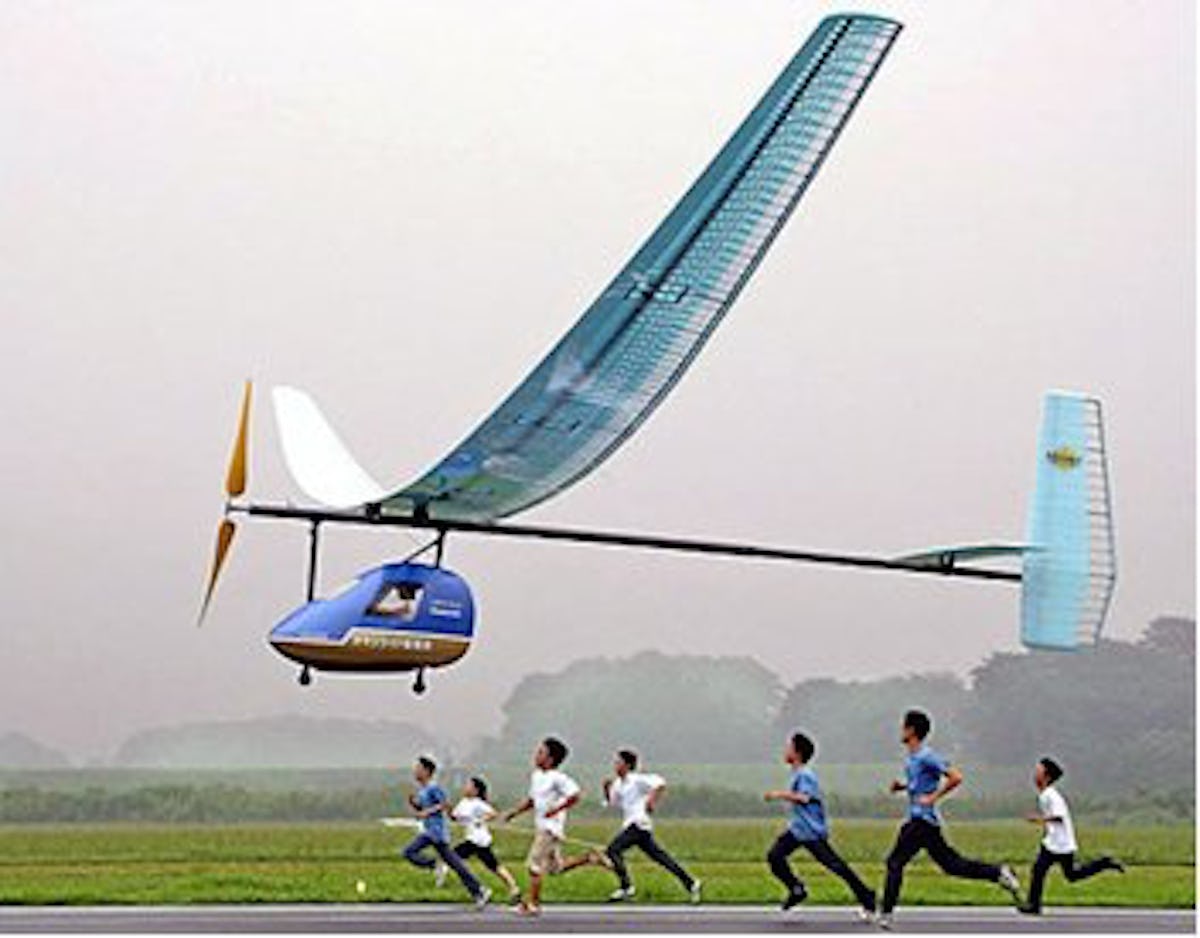 Source: Tokyo University
It used 160 Panasonic Oyxride Oxy Nickel Hydroxide AA batteries, and it only flew for less than a minute, covering nearly 400 meters (428 yards). The wings stretched a full 31m (102'). It was piloted by 53 kg (117 lb) Tomohiro Kamiya, from the Tokyo Institute of Technology. After that, the development of pure electric aircraft used lithium batteries all the way.

In 2007, a single-seater airplane of standard construction called Electra took to the sky, this time in France. Anne Lavrand, the president of the APAME group, said. "This will be a real aeroplane that will have an airworthiness certificate. It's a machine built for anyone with a pilot's license." 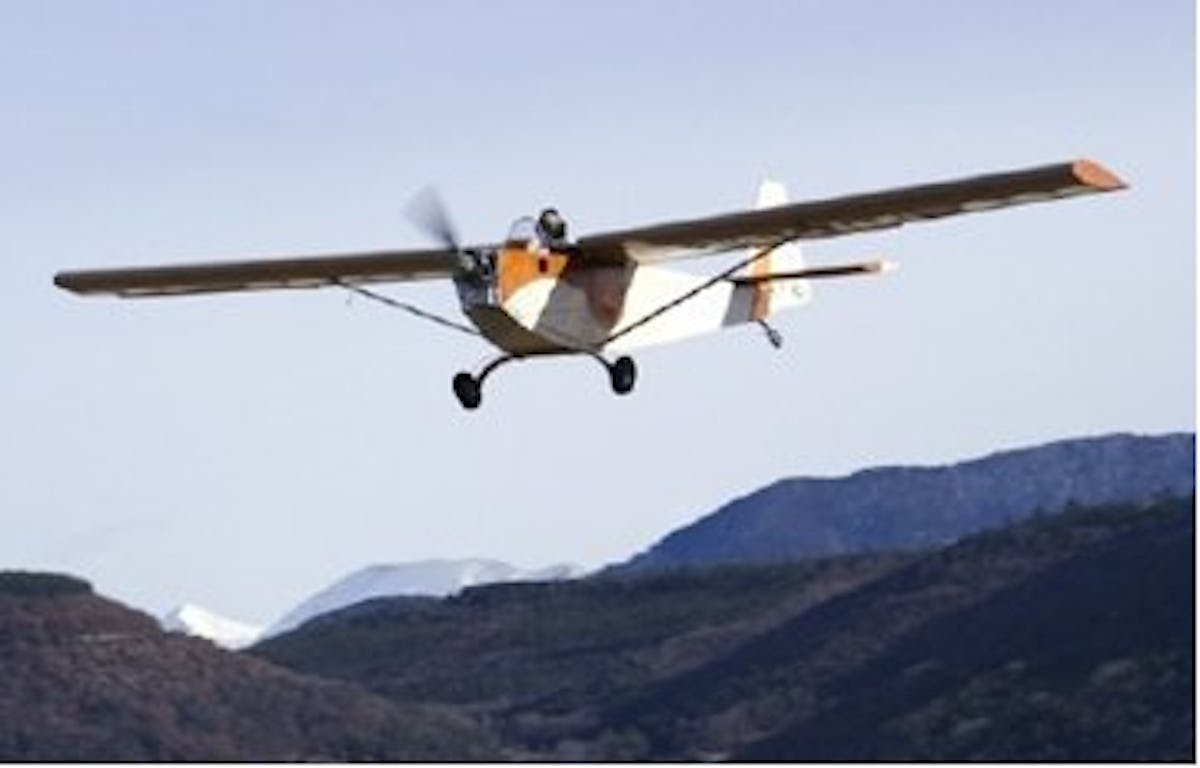 Source: APAME
Other details were:
APAME is the Association for Promotion of Electrically Driven Aircraft in France (Association pour la Promotion des Aeronefs a Motorisation Electrique).
Shown below, Anne Lavrand, Project Manager of Electra received the Award for Technological Innovation - Prototype Class of the Aero-Club de France in 2008. 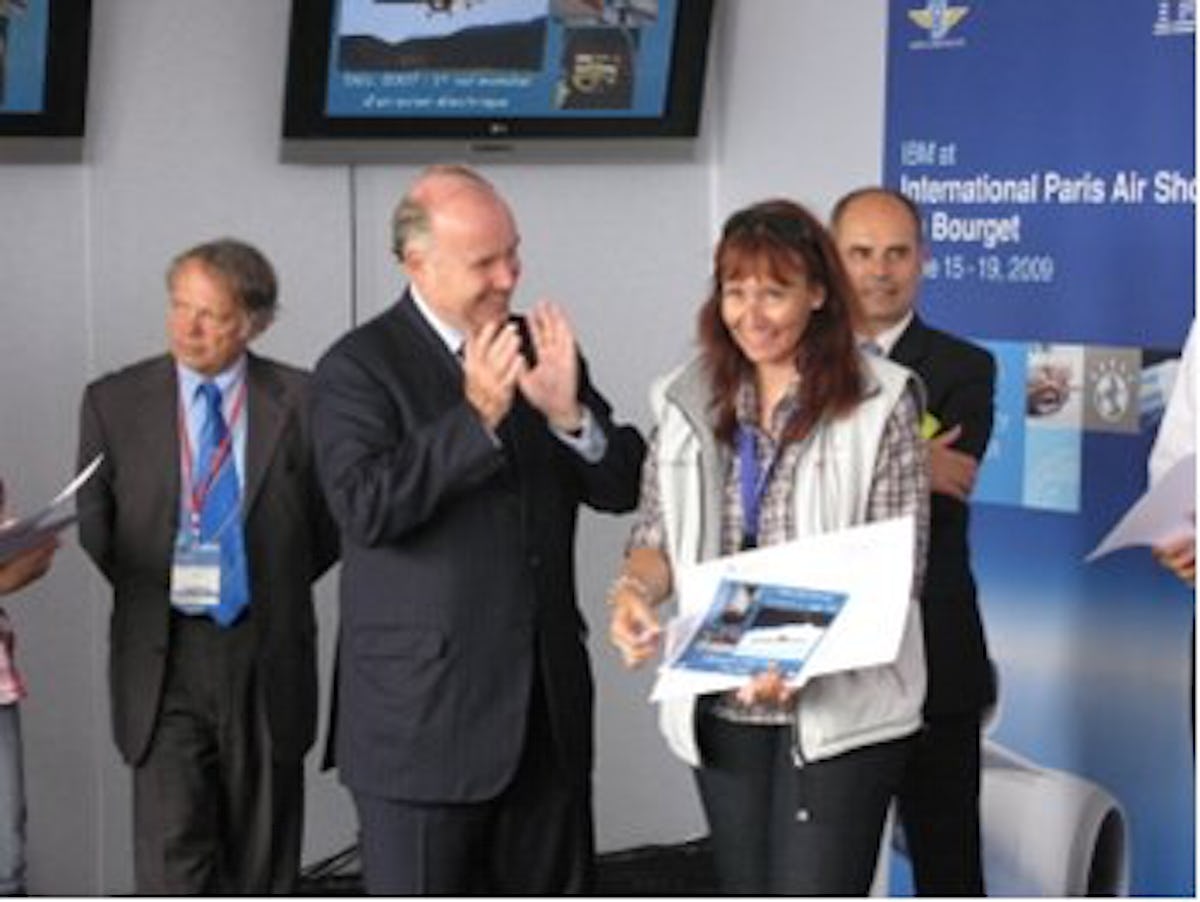