Hero Electric, the leading Indian electric bike and scooter manufacturer, made over 70,000 e-bikes in 2009 putting it in the top ten of the thousand or so e-bike manufactures in the world. It had the disadvantage that adoption of electric two wheelers in India is, as yet, modest compared to the 21 million or so being made and bought in China but adoption in India is on the increase.
Hero Electric is a 100% subsidiary of the Hero Group and it is a pioneer in the Indian electric vehicle industry. With a background of extensive research in the EV segment, Hero Electric declares that it entered the electric vehicle segment with the single-minded objective of providing eco-friendly, cost-effective modes of personalized transportation with its range of Electric Two-wheeler-MAXI and OPTIMA PLUS.
Over a short period of time, Hero Electric has been quick in establishing itself as an undisputed leader in the electric two-wheeler segment in India. The vision is to create an economically viable, noise and pollution free environment with the launch of battery powered electric two wheelers, with much innovation in evidence.
For example, in 2010, many new models were announced including the world's first e-bike for the disabled, one for heavy loads and one with pedal assist.
Hero Ultra electric scooter 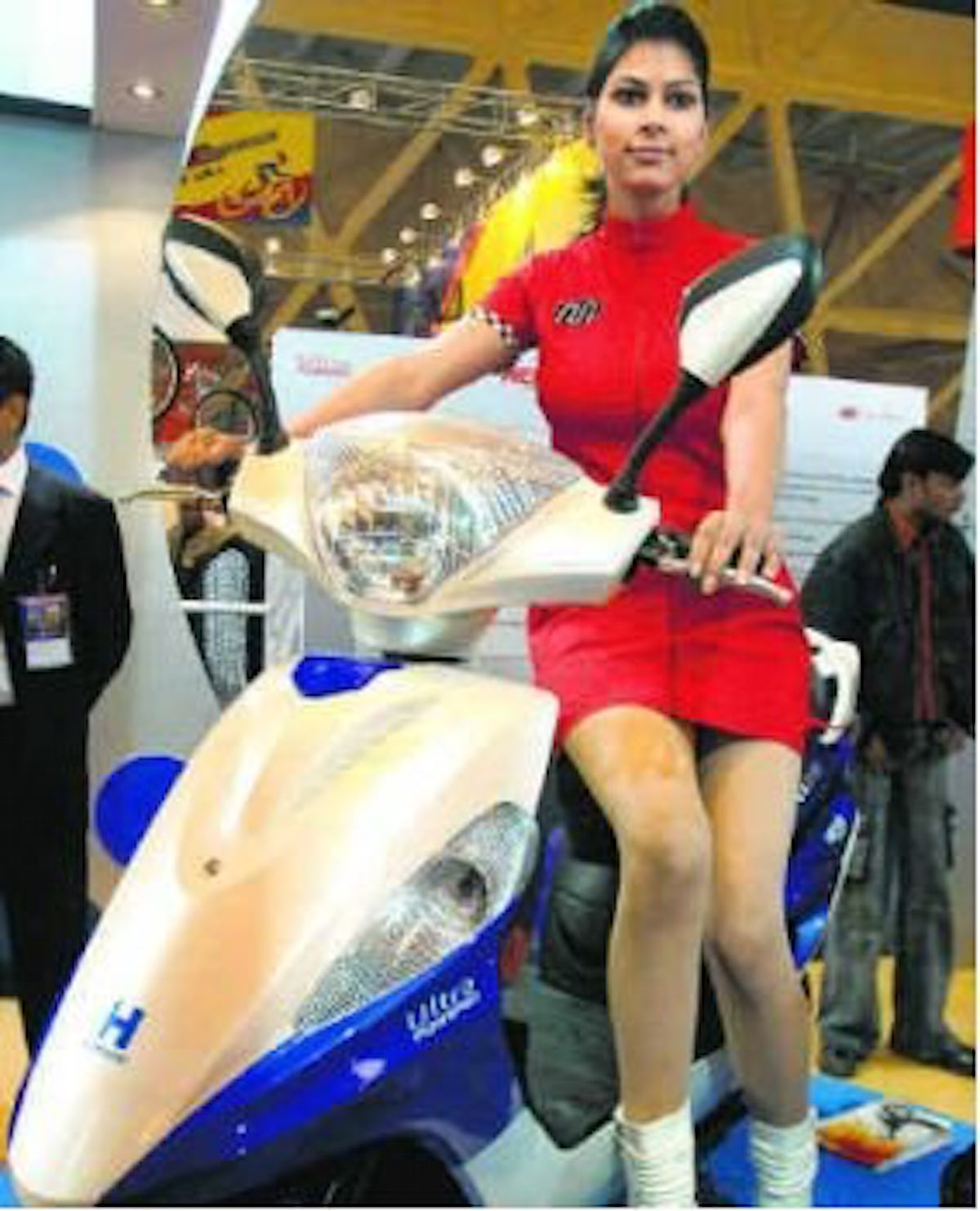 For instance, the Zippy offers a range of 70 km per charge with a speed of 25 kph. Its BLDC motor consumes less than 250 W, which has a powerful brushless direct current advanced motor technology for a noiseless drive.
The Zippy also has a unique mechanism of swapping the batteries in less than a minute to double the range. It has large and rugged tyres connected with reinforced wheel rim for durable and comfort even on the roughest roads. The Zippy rear carrier can carry heavy loads with ease. Priced at Rs 17900 (On Road, Delhi), the Zippy is available in Burgundy Red.

On the other hand, the Esprint, that we pictured in Part One, offers an unparalleled level of safety, style and comfort with its new features including a cellphone charger, sensor braking system, front disc brakes, large storage box capacity etc.
The Esprint is available in Olive Black, Exotic Red and Mystic Silver. With the speed of 45 km/hr, the Esprint delivers 65 km range per charge. A pure performance EBike, Esprint offers "superior handling, unmatched styling and complete savings.The power train and the electronics are so cohesively integrated in order to give the advanced VRLA Battery that extra punch with just a spur of the throttle, thanks to the Advance Throttle Mechanism (ATM).The telescopic shock absorbers and the specially designed reinforced chassis withstand the roughest and toughest Indian road conditions to provide a safe and comfortable ride." 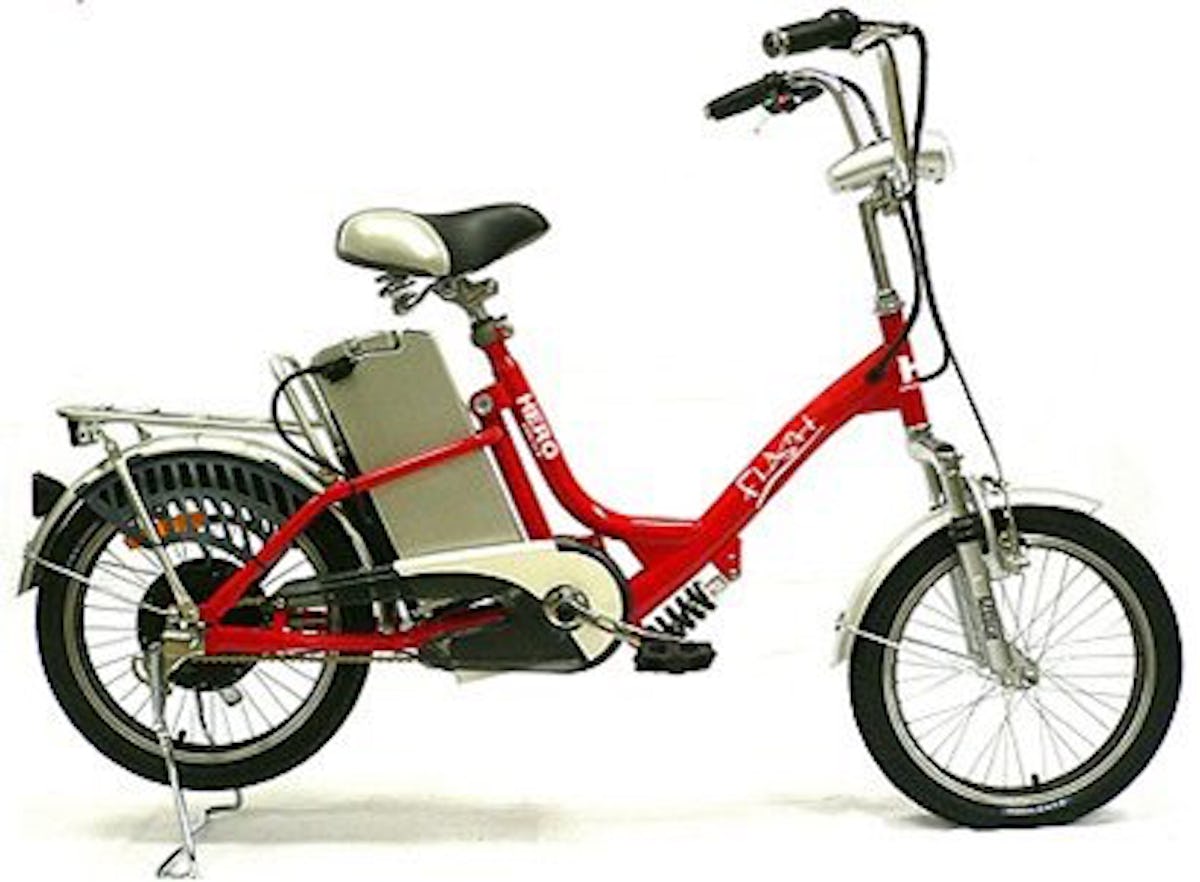 It will become vertically integrated, with traction battery manufacturing coming on stream by early 2011. To achieve this, it has created a Technology Joint Venture Memorandum of Understanding MOU with Electrovaya of Canada, a company attaining remarkable success with its second generation lithium polymer batteries that are chemically proof against thermal over run.
Successes with adoption of this SuperPolymer® traction battery technology include in the US/Chinese Hummer electric vehicle for both military and civil use and the Canadian Maya low speed microcar based on a Chinese shell ("glider") and Tata Motors electric cars in India.

Bajaj Auto makes millions of conventional motorcycles and it also has e-bikes. It is the world's largest manufacturer of three wheelers. In 2009, Bajaj Auto entered into a joint venture with MotoCzysz LLC of United States to explore the possibilities for a next generation electric vehicle.
MotoCzysz is one of the few American motorcycle companies to have designed, engineered, and manufactured their own internal combustion engine and it now has a proprietary electric motor specifically designed to power the highest performance electric motorcycles in the world. This may not let it beat the records set by KillaCycle and KillaJoule but they are not intended for production. Mission Motors is a competitor in production of high performance electric motorcycles with its 150 mph, 150 mile Mission One.
The D1-10 is a Liquid Cooled, IPM motor, with class leading torque density; 250+ft/lbs/320+Nm of torque, weighing less than 77lbs/35kg. (including mounting plates and pump). Three low-slung Agni-style brushed pancake motors are powered by an undisclosed number of lithium-ion cells. It has been reported that this bike can hit 120 mph. The cells' packaging is designed to be "hot-swappable," so cells can be quickly removed and replaced with charged packs, making this process the equivalent of filling a bike up with a fresh tank of gas. 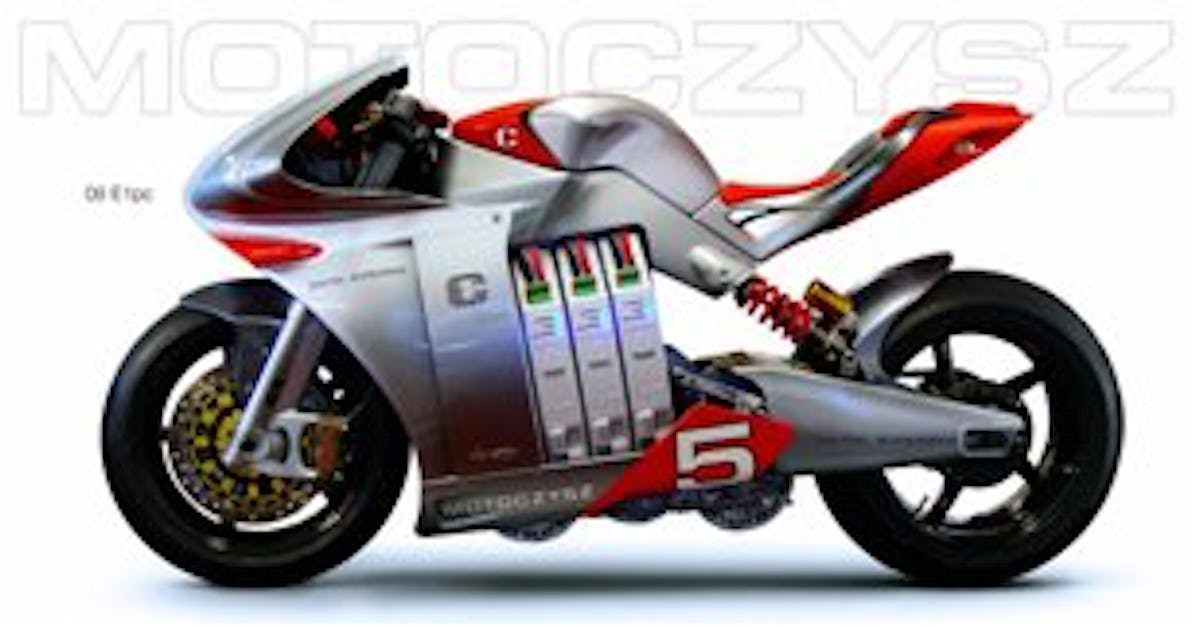 Electric forklifts and other heavy industrial EVs in India

There are many manufacturers of electric forklifts, stackers and other heavy industrial EVs in India. Examples include Glory Elevators (India) Pvt. Ltd., Macneill Engineering, MacroTech equipment PVC, Delhi Forklift Engineering and Bellstone Hi Tech International. Some may expand into other forms of EV because the expertise in electric motors, traction batteries, controls etc can be relevant.
As we have touched on earlier, India is also gearing up rapidly to make the key components and subsystems, including batteries, electric motors, electronics and electrics and drive trains. KPIT Cummins has a hybrid conversion particularly attractive for commercial vehicles and others are developing drive trains. The indians look closely at Third Generation batteries from PolyPlus Battery Company and Oxis Energy for example. In all, the objective is not just to catch up but to overtake. In this respect, India already has some advantages over China and in future it will have more.
This six part series has given just a small glimpse of the electric vehicles being manufactured and planned for the future in India. Little of this impressive breadth and depth of activity is reported in the West. Hopefully we have done a little to correct that situation.
For more attend: Future of Electric Vehicles which uniquely covers the whole electric vehicle market - land, sea, air whether hybrid or pure EV - with emphasis on future breakthroughs.

New Device Modulates Visible Light: Smallest Footprint, Lowest Power
No Lives at Steak: How Will Your Food be Made in the Future?
Has the Funding for Graphene Dried up?
TactoTek Secures €22 Million Grant and Loan Funding