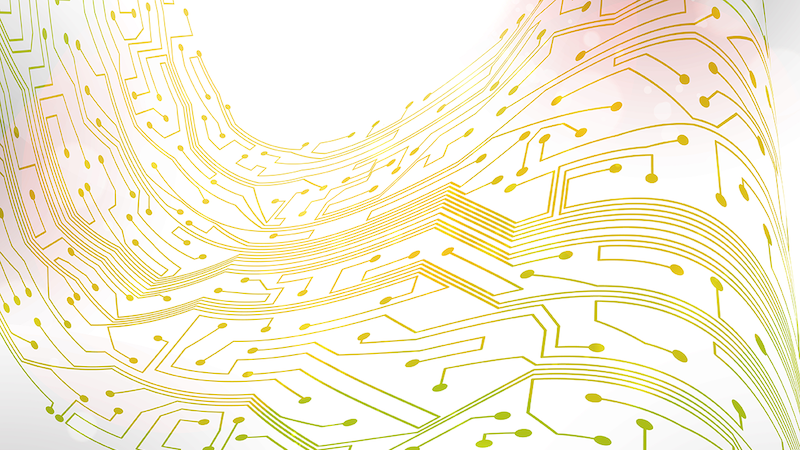 In-mold electronics (IME) is often touted as a forthcoming revolution in how automotive touch-sensitive interfaces are manufactured. However, while smooth capacitive touch sensors are increasingly common in many recently launched vehicles, especially on the steering wheels and parts of the center console, they are not currently produced by IME. Instead, other methods such as applying functional films to existing 3D parts are employed.
This apparent discrepancy poses an important question: Will the capacitive human-machine interface (HMI) components of the future be produced using IME, or will the simpler currently utilized manufacturing methodologies persist?

HMI components that offer backlit capacitive touch sensing are increasingly utilized in multiple applications, including automotive interiors and household appliances control panels. Relative to traditional mechanical switches, the fewer parts used in backlit capacitive touch sensors make them both lighter and simpler to assemble, while the lack of discrete buttons means that they can be wiped clean.
Despite their visual similarity, backlit capacitive touch sensors can be produced with a wide range of different methods. One common approach, deployed in some recently launched cars, is to first produce a decorative, often curved part via high pressure thermoforming and subsequent injection molding. A functional film comprising a printed conductive pattern of capacitive switches and interconnects is then attached to the back side. Conductive regions can be transparent (either via conductive polymer PEDOT:PSS or metal mesh) to enable backlighting with separately produced waveguides.
In contrast, the manufacturing process for IME places more challenging requirements on the materials. Firstly, conductive ink is printed onto a plastic, commonly polycarbonate, substrate. Electrically conductive adhesives (ECAs) are then used to attach electrical components such as LEDs. The substrate with conductive traces and mounted components is then thermoformed to produce the desired curvature, followed by injection molding to produce the complete part.

The comparative advantage of IME to improve with time

Due to the less stringent material requirements and lower adoption barriers relative to IME, applying functional foils to slightly curved parts to make capacitive touch switches has already reached commercialization in the automotive sector. Given that the two manufacturing methods result in parts with very similar functionalities and hence consumer experience, how can IME compete?
The answer lies in considering the parts and assembly processes that IME renders unnecessary. For example, providing capacitive touch sensing by applying functional foils means that lighting and hence waveguides need to be produced and installed separately, whereas with IME they are integral to the component. This greater integration means that IME will enable reduced fewer parts/materials and fewer assembly processes overall. IME parts will thus be lighter, benefitting both electric vehicle range and sustainability.
Crucially, as IME technology develops a wider range of functionalities will be integrated. These include haptics, energy harvesting, heating, and even the control electronics (i.e., PCBs)., removing the need for many separate parts and thus enhancing IMEs value proposition relative to competing manufacturing methods. With functional foils, such extensive integration of electronics is challenging and slow since components would need to be mounted on a 3D surface - in contrast, with IME electronic components can be mounted before thermoforming via comparatively rapid conventional 2D pick-and-place. 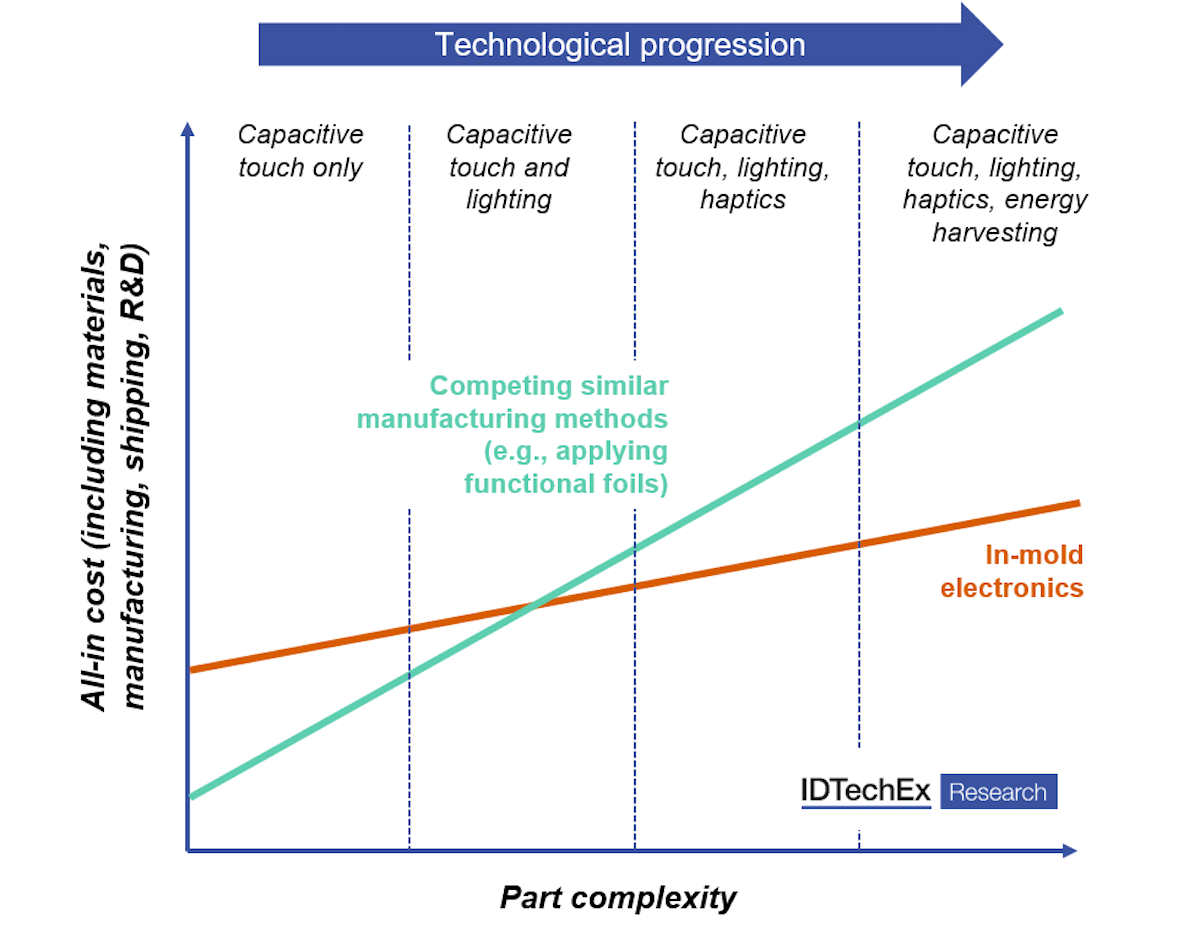 This article is based on the recently released IDTechEx report "In-Mold Electronics 2022-2032: Technology, Market Forecasts, Players" which covers both IME and competing technologies for producing decorative capacitive interfaces. It discusses the manufacturing methodologies, material requirements, applications, and challenges in considerable detail. 10-year market forecasts by application sector, expressed as both revenue and IME panel area, are provided, along with the associated material opportunities. Also included are multiple application prototype examples, life cycle analysis of typical IME components, and multiple company profiles based on interviews with early-stage and established companies. Further details and downloadable sample pages can be found at www.IDTechEx.com/IME.

Factory of the Future
Evaluating the Sustainability of 3D Electronics
Webinar and Q&A - 3D Electronics: The Road to Greater Integration
Self-Healing Materials for Robotics Made from Jelly and Salt