The board of electric vehicle company Tanfield has signed a non-binding agreement to consolidate its UK and US electric vehicle businesses, Smith Electric Vehicles UK and Smith Electric Vehicles US. Its US arm, SEVUS, also plans to float on the Nasdaq stock exchange as early as the first half of 2011, Tanfield said.
Tanfield said it formed the strategy to consolidate both businesses as a consequence of a shareholder and a market review that highlighted the incentives and legislative factors influencing demand for low carbon technologies. Under the terms of the consolidation, Tanfield Group is expected to retain a significant interest in the combined entity and share in its future growth and opportunity. Tanfield said it believes SEVUS will be well positioned as a US company solely dedicated to low carbon transport technologies to take full advantage of the positive commercial and financial environment. 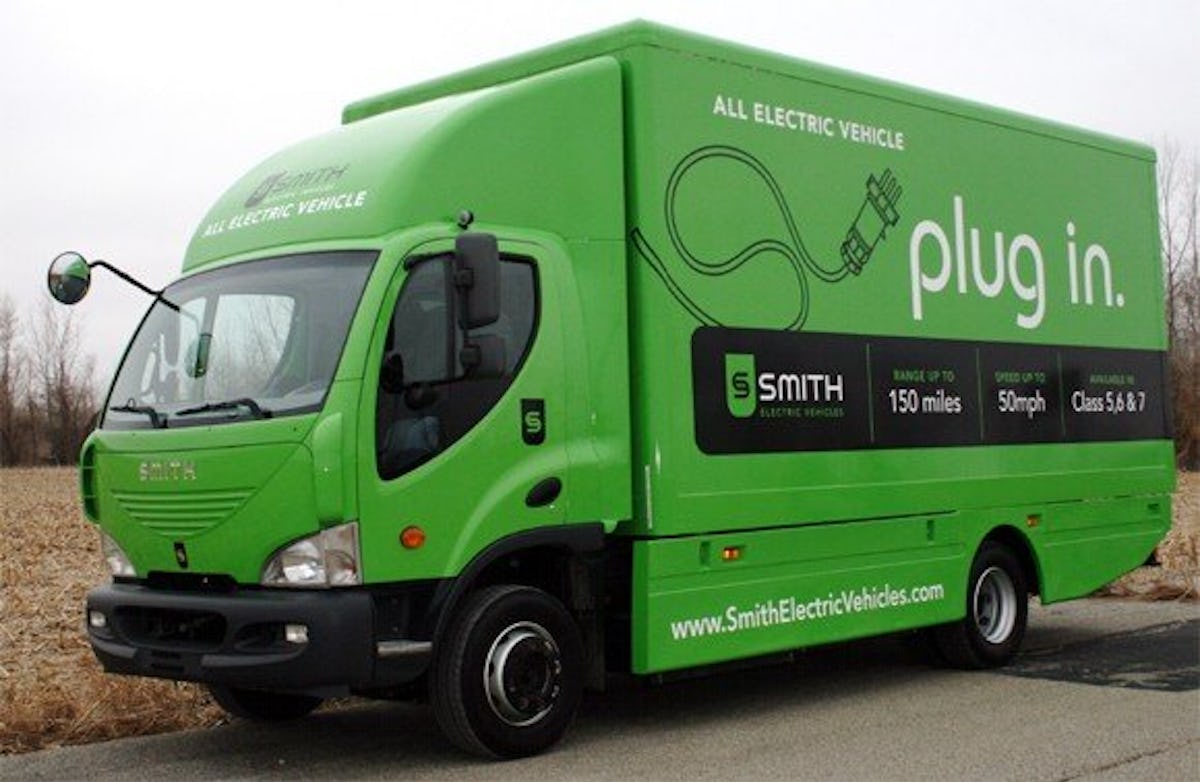 Having made electric on-road vehicles for decades, Smith Electric Vehicles has now successfully expanded into the USA as an all-electric zero-emissions commercial truck manufacturer.
The company licenses its proprietary technology from the Smith Electric Vehicles business in the U.K., claimed to be the world's largest manufacturer and industry leader of commercial electric vehicles. Smith U.S. produces the Smith Newton - the world's largest battery-electric-powered truck. Today, Smith vehicles feature the latest in Lithium-ion battery cell technology, power management and direct drive trains.
Last month, President Obama made a special trip to visit the headquarters of Smith Electric Vehicles US Corporation (Smith US) in Kansas City, Missouri, where he met with the plant's workers and their families.
The President said ~"I just had a chance to get a tour and saw some of the battery-powered trucks that you're manufacturing. I had a chance to talk to some of the folks who build them.But the reason I'm here today is because, at this plant, you're doing more than just building new vehicles. You are helping to fight our way through a vicious recession and you are building the economy of America's future." 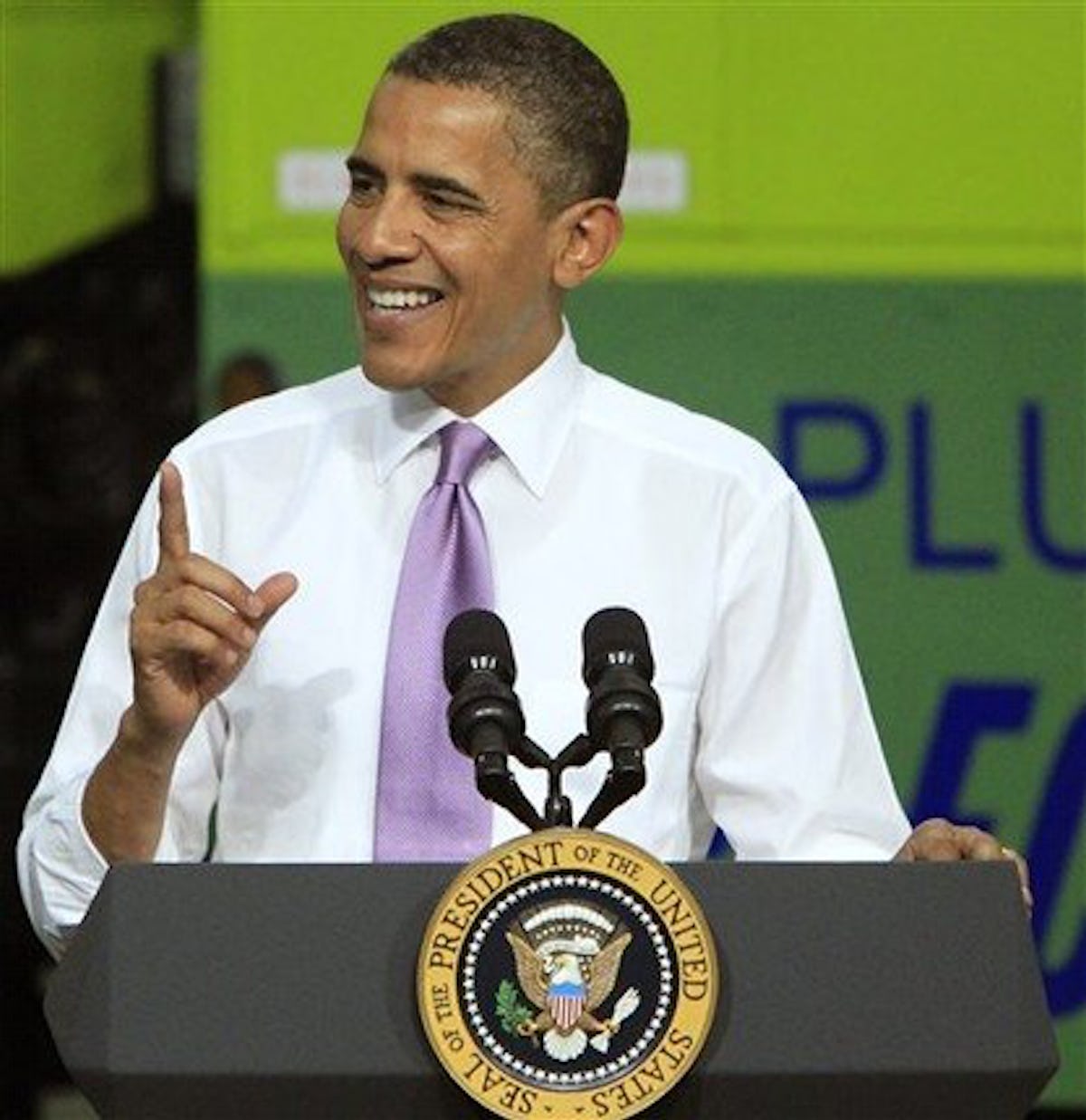 Barack Obama also announced that the plant had recently employed its 50th worker as it continues to increase production of its Smith Newton all-electric truck.
He added "This is how we take charge of our destiny. This is how we create jobs and lasting growth. This is how we ensure that America not only recovers, but prospers - that this nation leads in the industries of the future.
"Yes, this has been a difficult period for America: two years of brutal recession; a decade of economic insecurity. And there will be more hard days. That's the truth. But what you are proving here at Smith Electric is the promise of a brighter future."
Designed for urban operations, the Newton has a top speed of 50mph, a range of up to 100 miles on a full battery charge and payload capabilities of up to 16,000lbs (7,500kg).
Smith US, which only commenced production in October 2009, has already delivered vehicles to blue chip customers including AT&T, Frito-Lay, Coca-Cola and Staples; plus utilities Pacific Gas & Electric and Kansas City Power & Light.
Smith US is an associate company of Smith Electric Vehicles UK (Smith UK), which was founded in 1920 and is longest established electric vehicle manufacturer in the world. Based in Tyne & Wear, the company produces the world's largest range of electric commercial vehicles (vans and trucks), in the Smith Edison van and minibus (electric Ford Transit) and the Smith Newton truck. Hundreds of these electric vehicles are now in service in the UK, Ireland, Netherlands, France, Hong Kong and Southern China.
Smith UK is also working on a pure electric version of the iconic London black taxi.
Earlier this year, Smith US announced a conditional offer to buy the Smith UK operation, creating a single global company focused on commercial electric vehicles.
For more attend: Future of Electric Vehicles which uniquely covers the whole electric vehicle market - land, sea, air whether hybrid or pure EV - with emphasis on future breakthroughs.