It seems back to front but the unmanned pure electric aircraft have often been huge, including the AeroVironment and Aurora Flight Sciences vehicles that cruise to upper atmosphere on solar energy carrying out surveillance.
By contrast, some of the manned aircraft are very modest in size such as the Yuneec from China and the PC-Aero from Germany. Exceptions are the hand launched military unmanned aircraft from AeroVironment and civil use ones from ETH Zurich which look like toys.
Indeed, where manned aircraft use a serious amount of solar power they must be very large, with Solar Impulse having the wingspan of a jumbo jet.
One of the smallest manned electric planes is the EADS Cr Cri (Cricket) stunt plane. Like the big surveillance electric aircraft, it has many traction motors and attached airscrews - in this case two pushing and two pulling because electric motors are not scalable like jet engines. Indeed, NASA has pointed out that this will permit planes that take off using motors in the wheels that provide regenerative braking on landing.
Lithium sulphur batteries were used in solar impulse so there are many innovations in electric aircraft, some of which will be copied into other forms of electric vehicle later. For example, Oxis Energy is a lithium sulphur traction battery manufacturer that is looking at many potential applications by land, sea and air.
Built by Airbus parent EADS along with two other French companies, the battery-run Cri Cri aircraft made its maiden voyage a few days ago. Take off and climb were smooth, there were no vibrations, manoeuvrability was excellent and the flight lasted an seven minutes with a design endurance of rather more - possibly 30 minutes, unlike sports planes that can do 2-3 hours in some cases but without the aerobatics.
"The purpose of the test flight was to test and learn about the behaviour of batteries in flight," says EADS spokesman Gregor Kursell. "Airplane batteries aren't there yet. We can expect that the power of batteries will grow, the size will shrink and you never know what will happen in future." One could add that they used what is essentially a car battery and there are third generation batteries appearing in some aircraft that may be more suitable.
For example, laminar traction batteries need to be developed for aircraft. Planar Energy Devices is a leader here. Solar Impulse reported superior performance from laminar batteries. 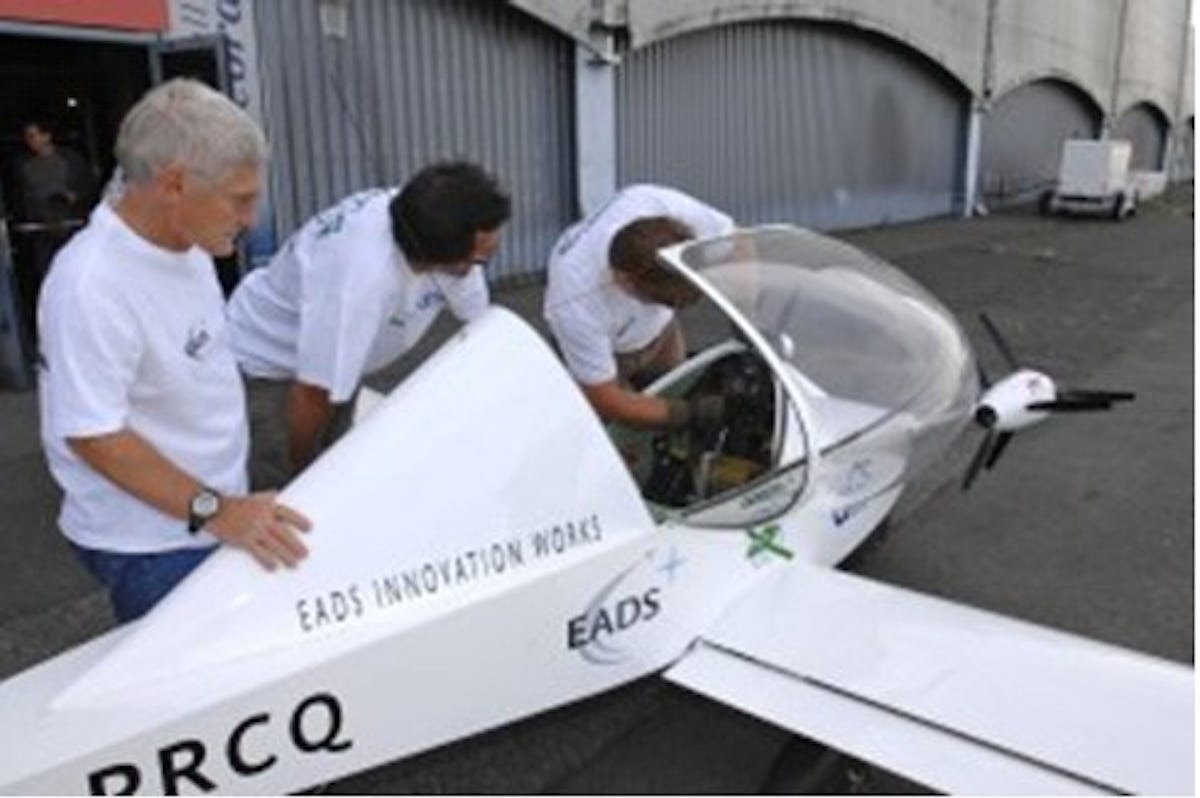 Source: EADS
EADS bought the plane itself from a small do-it-yourself plane making kit producer. EADS added lightweight composite, the battery, software and other components. It used a conventional lithium-ion battery not lithium sulphur. The plane's four brushless electric motors have counter-rotating propellers that make very little noise compared to planes powered by internal combustion engines.
EADS chose an aerobatic plane, one that can do flips turns and fast climbs, so that it could push the battery to its limits. Under flight regulations, the plane has to clock in five hours of flight time and perform 15 landings before it can do aerobatics, but EADS hopes that it will be doing aerobatics by the end of the year.
NASA concept 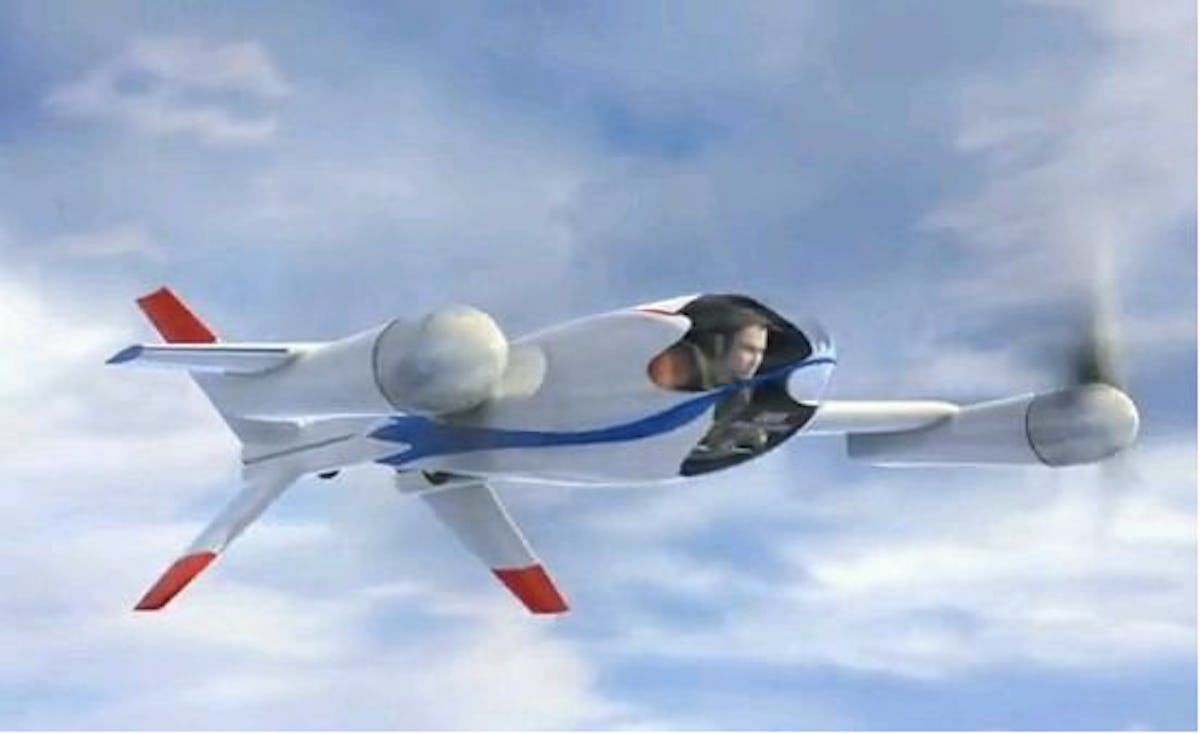 Source: NASA
Electric aircraft manufacturers know they need to move on from standard airframes and rethink the whole concept as NASA advocates, with T-Ink, Ink printed electrics and electronics, tiny Bladon Jets range extenders, CEHMS VirginiaTech self powered wireless sensors and actuators, embedded solar cells across the whole aircraft and so on.
So far, we are only at the stage of those electric cars that looked like horse carriages in 1890. Paradoxically, that will make some of them look like things that first appeared 100 years ago as shown below.
SolarFlight Sunship solar powered dirigible concept