As our free white paper Who is Winning in Traction Batteries and Why calculates, lithium iron phosphate LFP cathodes are favoured by more and more lithium-ion battery manufacturers because of a perception of cost, temperature range and inherent safety.
Lithium polymer construction - whatever the cathode chemistry - is also taking market share because it can have lightweight plastic casing and tolerate high pressure and it is highly unlikely to leak. The flat prismatic/ pouch type of cell construction is increasingly favoured because it is felt that it can give higher energy density and faster charge and discharge. There is a trend to vertical integration - one manufacturer making cells, modules and battery packs so it can keep cost down and control quality throughout.
The right potion?
However, some battery manufacturers are having success without ticking all those boxes. For example Ener1 subsidiary EnerDel only ticks the last two boxes, shunning LFP and lithium polymer for the options with potentially higher energy density but still avoiding the price hikes and sometimes danger of high cobalt cathodes. EnerDel choices are shown below.

Source: EnerDel
Indeed, EnerDel is working on lithium titanate anodes that can help with fast charging and its affordable manganese oxide LMO and spinel LMS cathodes operate without preheating even at minus ten degrees centigrade and have a rather high top temperature at 55 degrees. It is in good company because the three current leaders in lithium traction batteries Automotive Energy Supply AESC (NEC/Nissan joint venture), LGChem and Panasonic also use LMO or LMS, for all or part of their output.
Broad approach in the past
While nowhere near achieving the commercial success and billion dollar investment intensity of the leaders in traction batteries such as Panasonic, EnerDel is not in the drip feed, no major customer situation of most of the 100 or so lithium traction battery manufacturers in world. It works with Nissan, Mazda, Think and Humvee for example, though Nissan mainly sources from its own battery joint venture. Ener1, Inc. has agreed to invest approximately $18 million to gain 31% of Think, which should concentrate minds when they are choosing a source of batteries.
Nor does EnerDel confine itself to traction batteries, preferring something of a scattergun approach to marketing up to now, from Toro push lawnmowers to Hyundai Heavy Industries large buses, to name two recent successes, military, medical and taking an interest in grid storage.
Parent Ener1 signed a memorandum of understanding with the Federal Grid Company of Russia to develop energy storage systems this year. EnerDel batteries have recently been chosen for smart grid projects in the U.S. and Japan. Fifteen of the buses are planned for three routes in Seoul this November. They have a range of 110 kilometers (68 miles) and a top speed of 100 km/h (62 miles per hour). Seoul alone wants to replace half of its 7,000+ fleet with electric models by 2020. 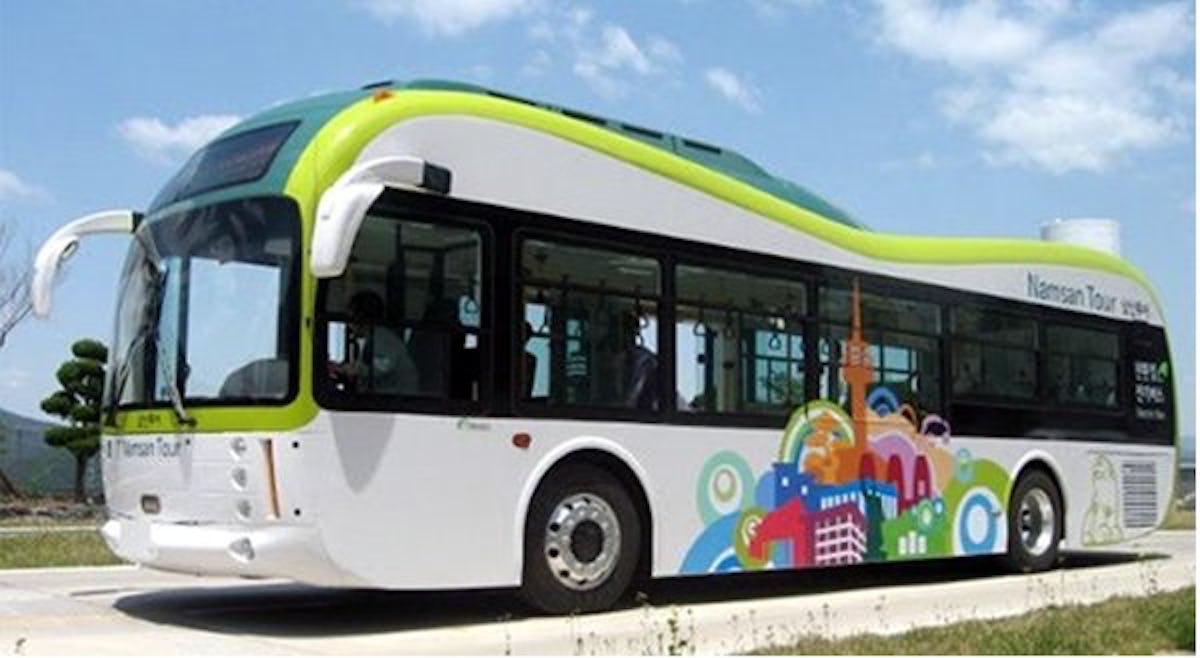 Source: Hyundai Heavy Industries
Pure electric on road vehicles
In traction batteries, EnerDel successes seem to be mainly in pure electric vehicles where energy density is paramount. For example, with Volvo, EnerDel's role is to provide the large format, lithium-ion battery packs for the planned Volvo C30 EV. With this 24 kWh battery, the C30 EV is able to reach top speeds of 130 km (about 81 mph) and is expected to be able to travel 120 to 150 km (75-90 miles) typical of most electric cars planned for the next three years.
However, Volvo is now a Chinese company and its relative autonomy within Geely of China may not endure. On May 27, Ener1 agreed to joint-ventures with Wanxiang, the largest auto parts supplier to the Chinese car industry with the deal expected to close end of September 2010.
No room in the middle
The management theory pioneered by Boston Consulting Group shows that, from cars to crushed limestone, there is a V curve of sustainable profitability with sales volume. With a new industry, having rapid market growth, the V curve is shallow but as the market matures, the V curve steepens. For example, with cars, that meant that Ferrari continued to prosper selling high priced collectible cars in small numbers and Toyota continued to prosper as it gained highest volume.
As independent entities, there was no place for Volvo, SAAB, Jaguar and a host of others caught in the middle. In traction batteries the V curve is very shallow today. With huge development and production line costs, that means almost everyone loses money at this stage. As the V curve steepens in future, will EnerDel join Samsung, Panasonic and LG etc in being biggest, with the greatest economy of scale or will it become a niche player? Or will it be caught in the maelstrom that will occur in the middle? 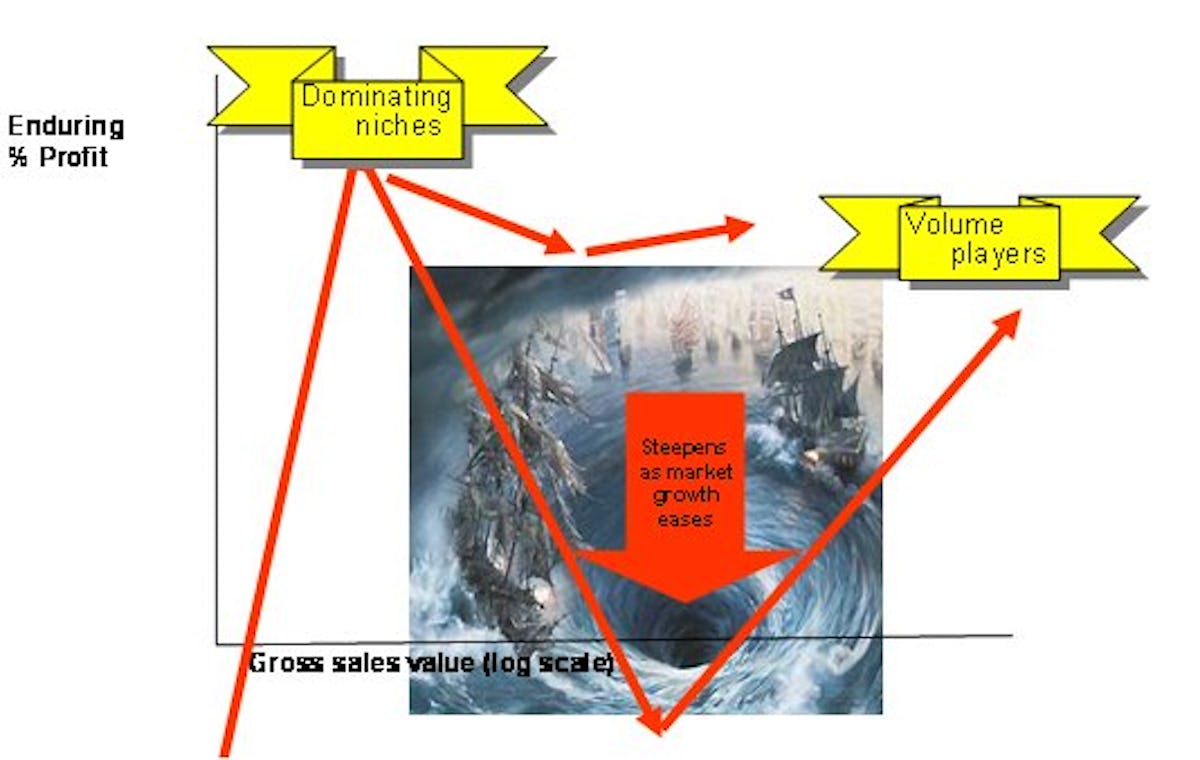