On 29 September, Professor Cho of Sunchon University South Korea presented on his transistor work at the IDTechEx RFID Europe event in Cambridge UK.
In collaboration with local company Paru, his approach is unusual in using less than one percent carbon nanotube transistors in his semiconducting ink for the main part of the RFID circuit entirely printed on polyester film, this giving FET mobility of up to 1.5 cm2/Vs, with only 4nm thickness, enough to permit a relatively large channel length printed by gravure, potentially at high speed. The dielectric is relatively thick at two microns.
He said that carbon nanotubes are now very affordable. For now, he uses printed 500 nanosilver antennas at comparable cost to etched copper, the advantage being that the pattern doubles as interconnect and electrodes.
Of course, only the air interface needs to achieve 13.56MHz in an ISO 14443 RFID circuit (the specification used for most RFID in money spent and numbers of tags. The diode for this interface is made using a copper doped zinc oxide semiconductor and this even permits a UHF tag to be made. On off ratio is an acceptable 1000. He is achieving four bits and some 16 bits and promising 96 bits with 200 transistors in 2011 and a variant that gives a color change in response to humidity has also been demonstrated.
A 16 bit HF RFID inlay is shown below. 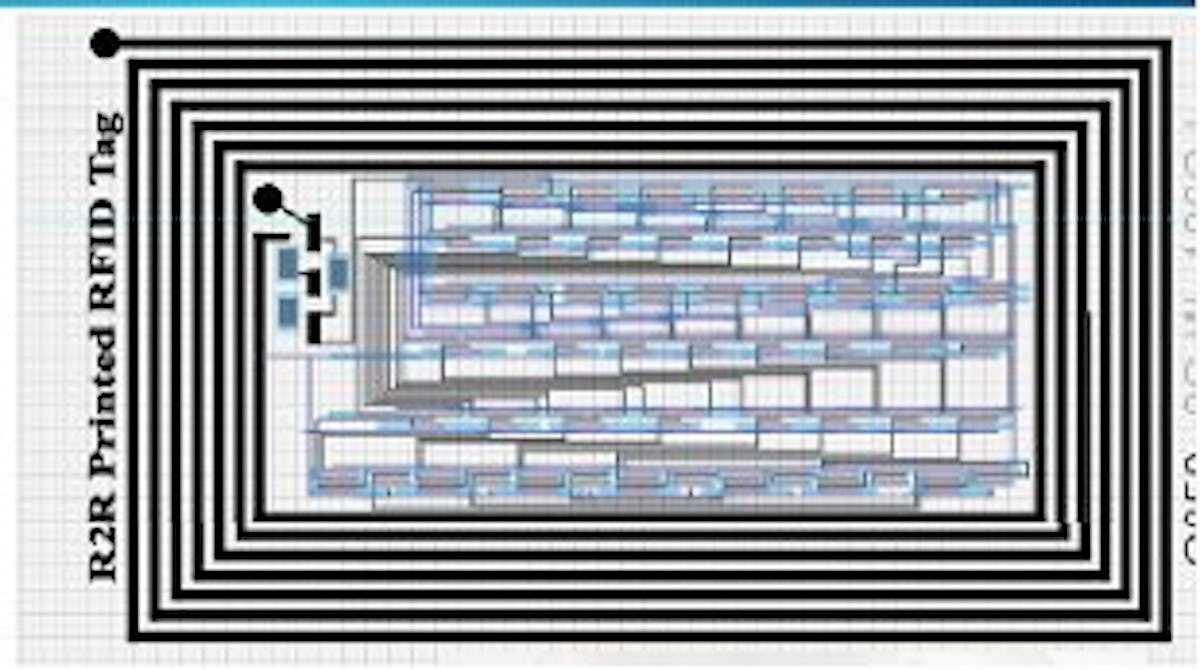 The one bit commercial display tag is shown below. 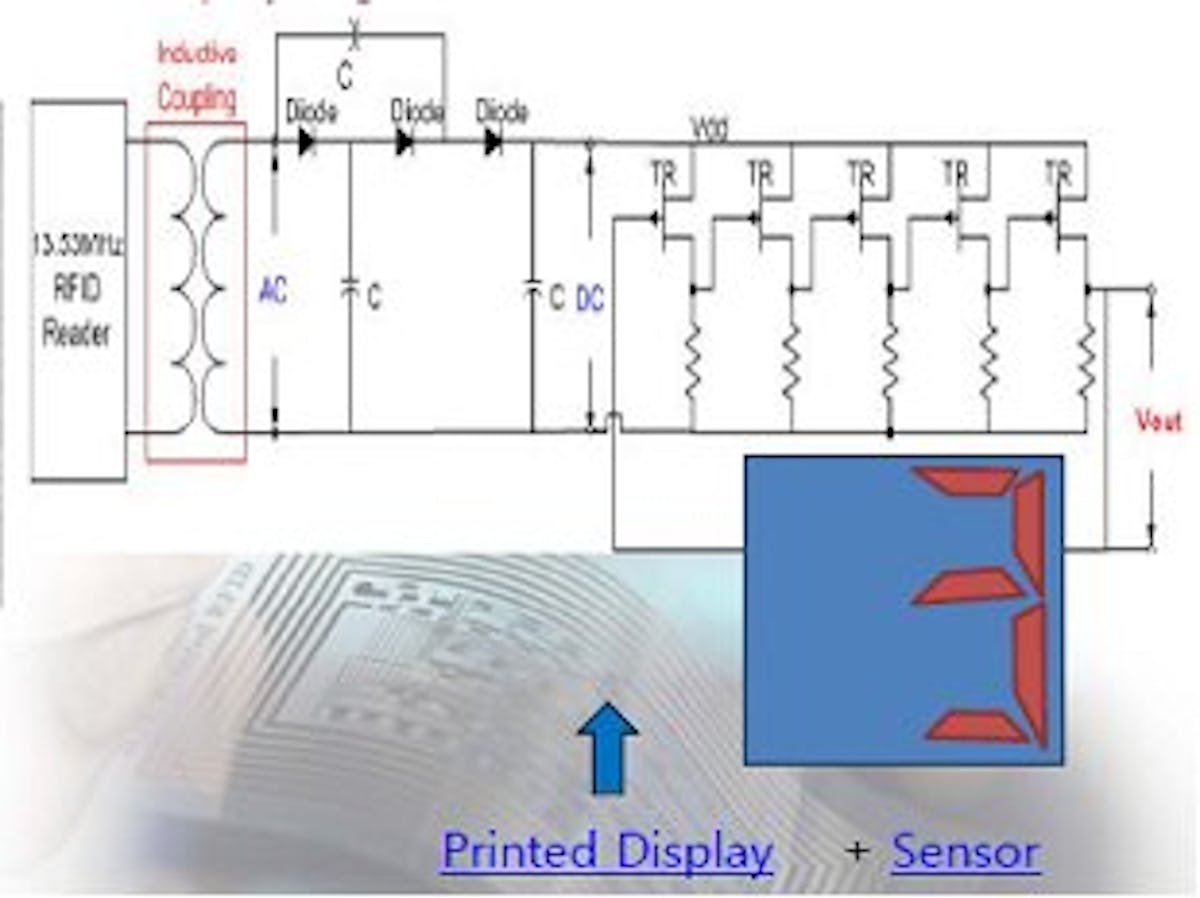 By contrast, in more inorganic approach, the nanosilicon transistors printed by screen and ink jet by Kovio achieve 1000 transistors to ISO 14443 today and commercial business. However, the Kovio approach involves a metal substrate - stainless steel - and although two cent RFID labels seem to be in prospect with this process - about one fifth of the cost of today's silicon chip versions - the Sunchon/Paru approach may eventually be lower cost even than the Kovio product.
Either way, chipless RFID is an inorganic semiconductor play at present and both Sunchon and Kovio are aware that RFID is only a start and there are a huge number of circuits where the thinness, ruggedness and low cost of the chipless transistor circuit will be eagerly adopted by the marketplace.
The chip RFID people have little to fear. The 1-1.5 million transistors in a passport RFID chip for example would be the size of two credit cards or more if printed today and even a microprocessor is some way away.
IDTechEx sees printed transistors as of huge interest for such things as consumer packaged goods and healthcare disposables.
For more attend: Printed Electronics USA 2010