Still Waiting on a Commercial Need for Take-off: SWCNTs 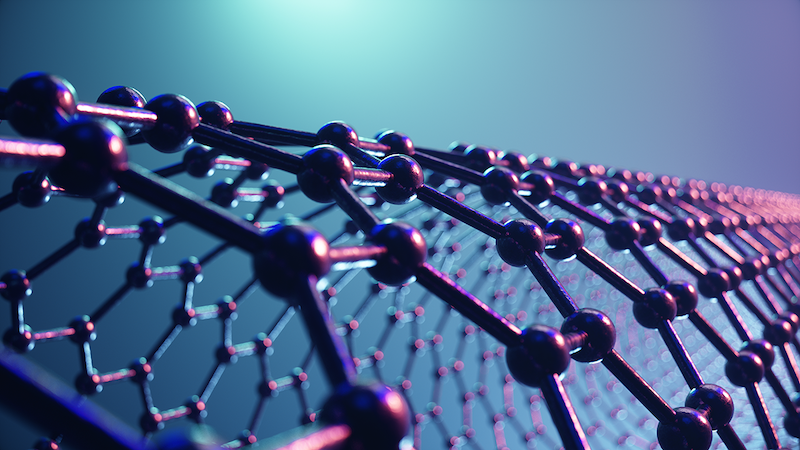 Commercializing a new material is not easy. Any advanced material will have an extensive list of exciting properties and potential applications, but to switch from a technology push to a market pull is full of pitfalls. Even if there is a market need, it still takes time to overcome wider challenges until true success can be seen. SWCNTs are the higher-performance variants of the carbon nanotube family, but unlike their multi-walled counterpart, they are still hunting for their killer application.
Single-walled carbon nanotubes are exactly as described; they are rolled up pieces of single-layer graphene (some confusingly using "graphene tubes" for branding). When compared to their multi-walled counterparts, they can give either superior, such as conductivity, or entirely unique properties, such as being semiconducting or metallic, depending on the chirality. However, they also have challenges, most notably in manufacturing (yield, impurity, consistency at a meaningful scale) and utilization, particularly concerning agglomeration challenges.
The MWCNT market is booming, driven primarily by the role in lithium-ion batteries. MWCNTs are produced in the order of thousands of tonnes per annum, soon to be 10s of thousands, whereas SWCNTs are still <100 tonnes; SWCNTs are >1,000 $/kg as opposed to <40 $/kg for MWCNTs; MWCNTs are seeing major market entrants and capacity expansions, whereas the SWCNT market looks much like it did years ago.
IDTechEx has released their latest report "Carbon Nanotubes 2022-2032: Market, Technology, Players". This study technical provides in depth analysis on CNTs based on primary interviews and extensive experience in the field.
So, where might SWCNTs find success? This can be broadly broken down into two areas:
1. Iterative improvements: Here SWCNTs can displace other additives typically by offering lower loadings (that don't interfere with processing or worsen the parent material properties) and improved performance. IDTechEx has observed success in colored polymer gelcoats, temperature-resistant fluoroelastomer O-rings, and more. This is likely to continue but given the price and scale SWCNTs will be competing in niche nanocomposite polymer and coating applications only.
2. Revolutionary applications: Here, SWCNTs will be adopted because they bring something unparalleled in the field. The two areas to watch here will be in electronics (mainly semiconductors and sensors, but also with potential in quantum computing) and energy storage.
The active companies have stayed largely the same over recent years. The largest producer is OCSiAl who claims a 90tpa capacity in Russia, which brings considerable geopolitical complications and are planning a EUR 300m facility in Luxembourg. OCSiAl announced in early 2022 that they received the go-ahead for this new facility, and it will be operational by 2025. OCSiAl did raise a notable amount of money in 2021 in which they claimed the investors valued the company at approximately $2 billion and that energy storage applications are the major driver. Of note to many in the industry was the investment made by Daikin Industries in 2021, this was the first of Daikin's CVC investments in a chemical start-up; it is noted that they have been collaborating since 2018 and they have shared patents surrounding electrochemical devices.
Beyond this, there are several other manufacturers of smaller sizes, two of note come from Japan. Zeon Corporation has been active here for many years. They use the "super growth" method, first developed at AIST back in 2004, to produce a product called ZEONANO with a claimed purity of >99% which is higher than competitors. Meijo Nano Carbon used what is called an eDIPS process to produce high-quality nanotubes. Both companies have various applications, but again energy storage remains a high priority and common target. There are many companies beyond this, including several that are vertically integrated to produce their own SWCNTs in-house for an end-use application. A full company and production overview can be found in the market report.
As can be seen, there is still a lot of hype and market potential associated with SWCNTs, but the key application has still to be found and true commercial success is anything but guaranteed.
For more information see IDTechEx's latest report "Carbon Nanotubes 2022-2032: Market, Technology, Players". This report includes granular 10-year volume and value forecasts segmented by end-use applications for both MWCNTs and SWCNTs, player profiles, and benchmarking studies. See www.IDTechEx.com/CNT for more information.