Many companies are now developing zinc air batteries and fuel cells and some actually have them in production. Most hope to make traction batteries this way sooner or later.

Electric Fuel® is the brand name of Arotech Corporation's Battery and Power Systems Division. The Military Batteries Division specializes in the design and manufacture of primary and rechargeable batteries (lithium-ion, lithium polymer, zinc air and other chemistries), related electronic circuits and associated chargers for military applications.
The company develops batteries for unmanned aerial vehicles (UAV) and micro-air vehicles (MAV) and has expertise in working with government agencies, the military and large original equipment manufacturers.
Arotech develops and produces high power zinc-air batteries and is believed to be the sole supplier of this technology to the US military.
The Electric Vehicle Division's mission is to bring about the deployment of zero-emission zinc-air electric buses in fleets of transit systems and school districts, providing zero-emission transportation at reasonable costs. Electric Fuel's all-electric bus, powered by its Zinc-Air fuel cell technology, has demonstrated a world record 127-mile range under rigorous urban conditions, reports the company.
In August 2009, Arotech announced that its Battery and Power Systems Division had received new orders in excess of $1.5 million for Lithium-Ion primary and rechargeable batteries, chargers and battery components. They were used in applications such as communication devices, night vision equipment and the powering of UAVs.

Leo Motors, a South Korean startup little known elsewhere, has been building a beachhead in California to import and develop its electric vehicle technology, including a so-called zinc air-fuel cell battery that could "dramatically increase the range of cars powered by electricity" in its opinion.
Leo Motors CEO Robert Kang, who was in Silicon Valley in December 2009 in search of partnerships, told Red Herring that the company wants to open an R&D center in the United States, probably in California. Mr. Kang said in an email that besides selling components such as batteries and motors to electric-vehicle makers, his company plans to eventually sell its own EV models to U.S. fleet customers, such as police or rental car services.
The U.S. market will not be the Korean company's first foray abroad. In October 2009, Leo Motors announced an agreement with the Philippines government to supply $15 million in EVs and components. As part of the deal, the Korean startup will supply more than 2,500 electric taxis and build an assembly plant in the Philippines. The electric taxis are called E-Princesa, after the Philippine city that will host the plant and they will use lithium polymer battery packs, drive about 50 miles per charge, and have a maximum speed of 30 mph.
E-Princesa taxi 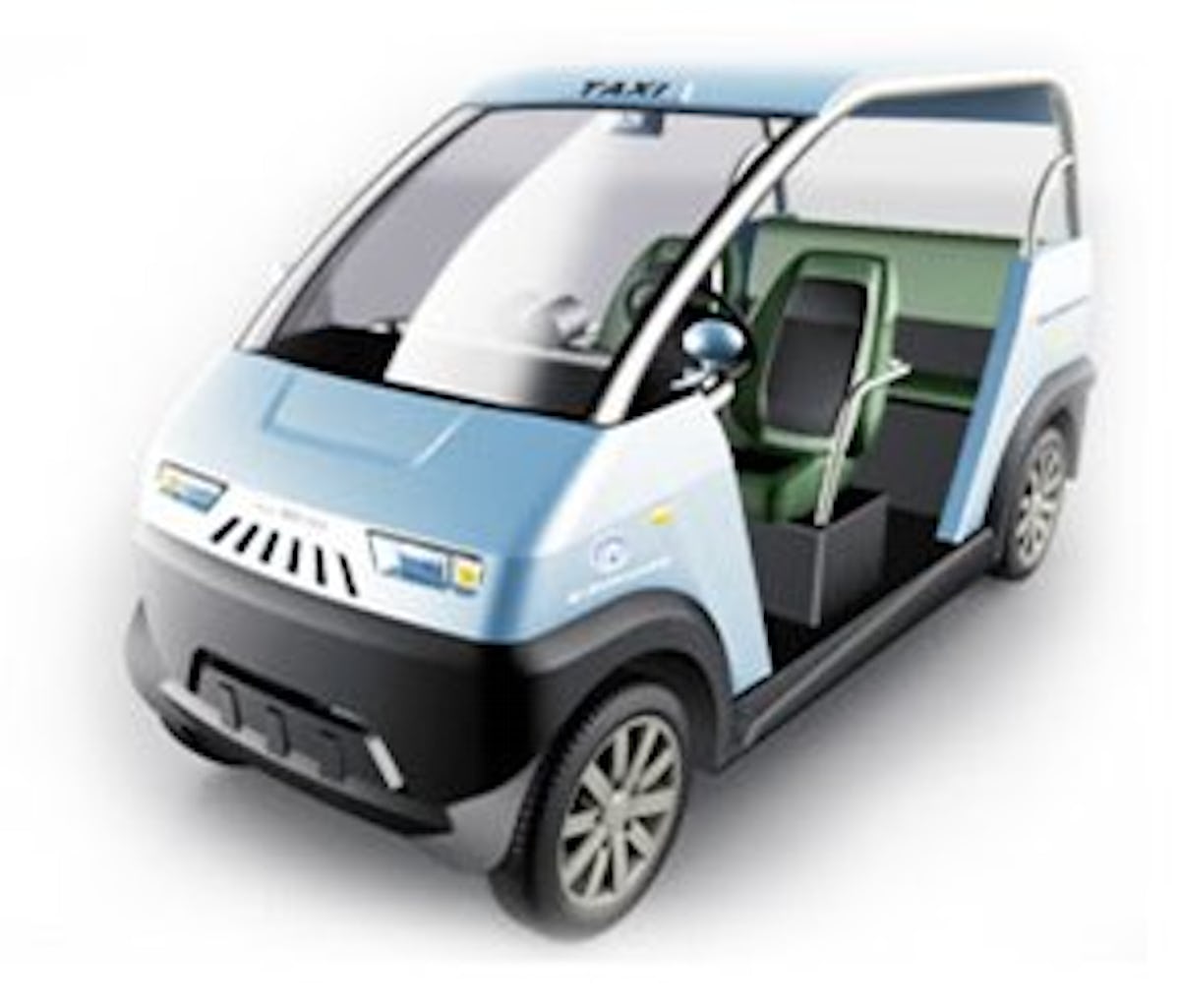 Source: Leo Motors
Leo Motors also says it has developed several other electric models, including a sports utility vehicle called the S65 that can drive 250 miles per charge, but the company has not announced any large supply contracts around the other models.
Its initial focus in the Unites States was selling EV components, a market that MDB Capital Group forecasts could exceed $25 billion in U.S. sales by 2012. Most of this market will come from hybrid-electric vehicles like the Toyota Prius. Leo Motors, Inc. became a manufacturer of complete electric vehicles (EVs) when it opened its own manufacturing plant near Hanam City, Korea in June 2010. Leo will produce more than 1,000 units of Hilless 1, 3, and 5 scooters per month in the new plant.
Leo scooter initially with lithium polymer battery 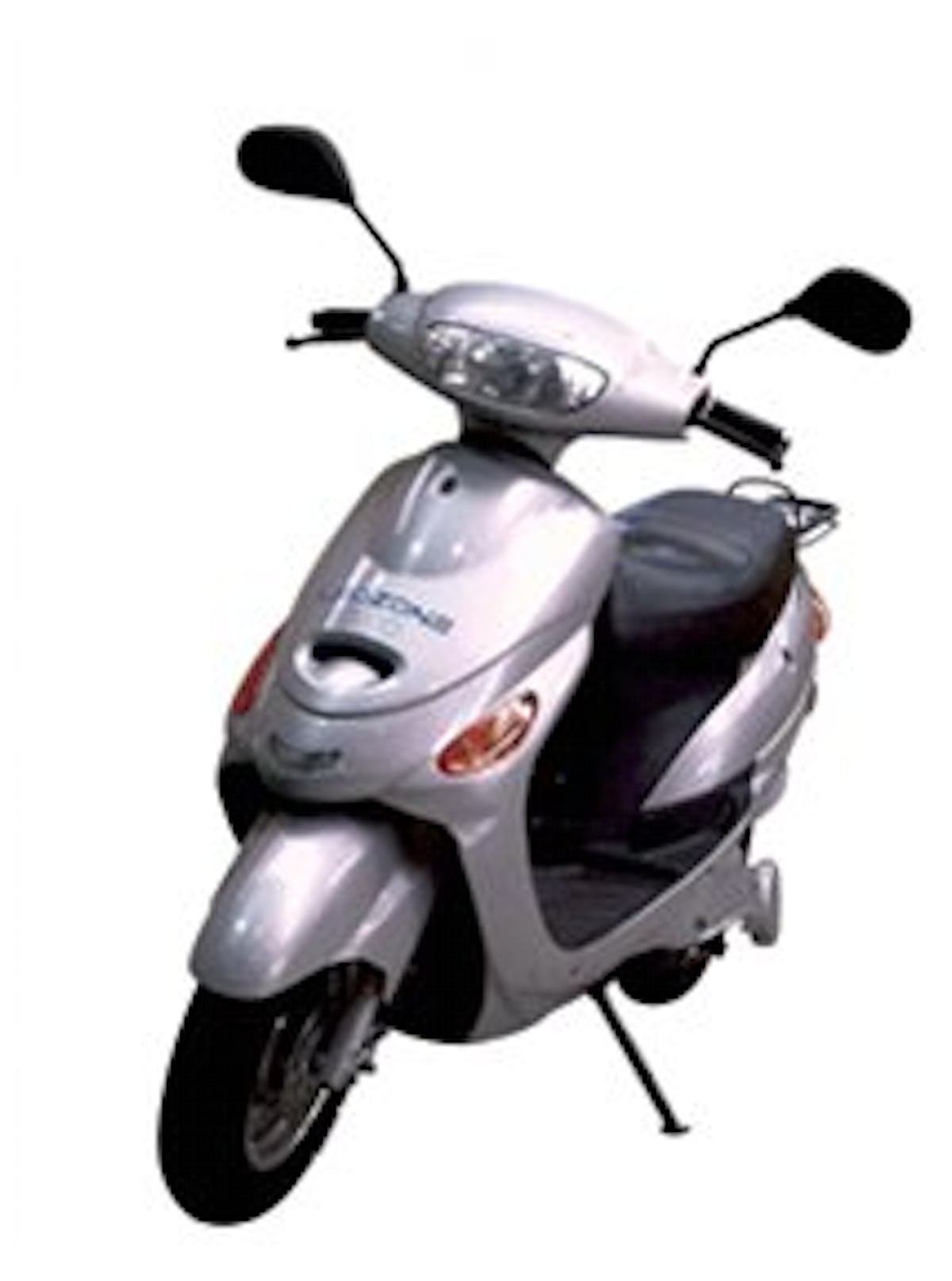 Source: Leo Motors
Leo Motors claims to be near to breakthroughs that "could improve even the highest-end EVs, including super cars such as the Tesla Roadster." One of those breakthroughs is a zinc air-fuel cell, or ZAFC, battery, which the company originally aimed to commercialize by late 2009.
Using tiny zinc balls as fuel, the ZAFC acts as an on-board power generator that charges a car's battery and extends its range. The price is claimed to be more than 20% cheaper per watt than typical lithium batteries. Battery cost is a major hurdle for electric cars, accounting for between 15 and 20 percent of the total price tag for today's hybrids and up to 50% of the cost of a pure electric car.
Leo Motors is not the first to think of using ZAFC technology. It is currently used in small electronic items, like hearing aids, and in limited military applications but no one has successfully commercialized the technology for broader use. 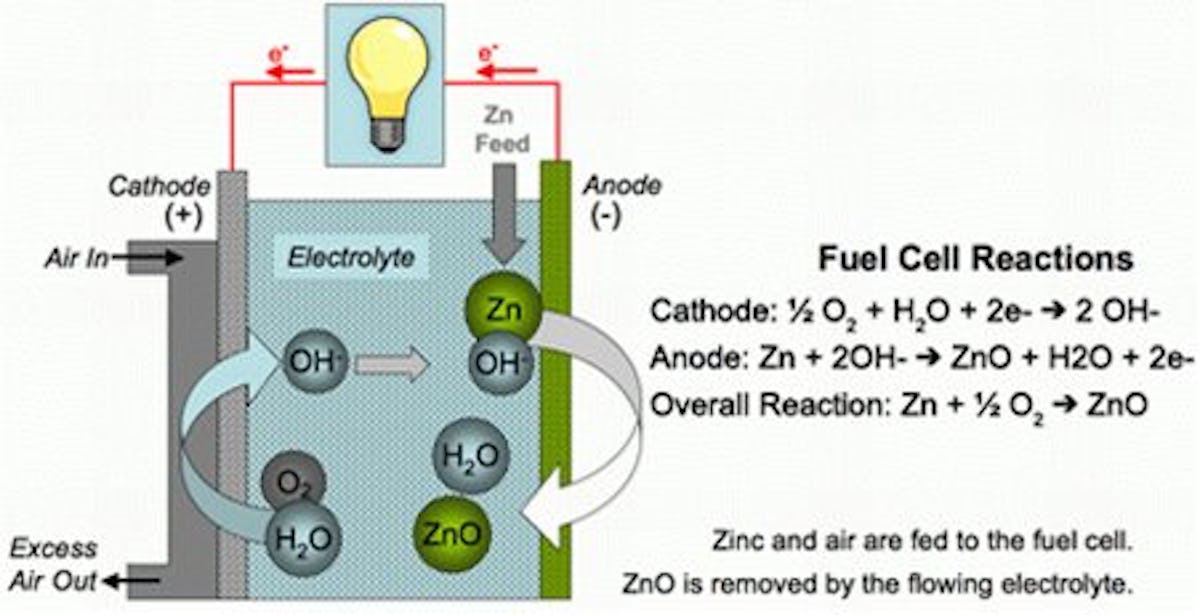 Source: Power Air
Power Air of California makes the ZAFC Powerpack, a BlackBerry-sized disposable zinc fuel cell based on Lawrence Livermore National Laboratory's zinc-air technology. The zinc-air technology works by mixing zinc pellets or powder with an electrolyte solution and then exposing the mixture to air to produce electricity.
Inside the ZAFC Powerpack is a compartment with the mixture in gel form covered a by a lid that the user has to open to expose the contents to air. This is Power Air's first commercial product, but the company's ultimate goal is to build zinc-based back-up generators and traction batteries for vehicles.

ReVolt Technologies is developing zinc air batteries for e-bikes. It points to the superior energy density. With the increased range strongly demanded by users, electric cars will increasingly prioritise energy density and that includes hybrids, particularly plug in hybrids. 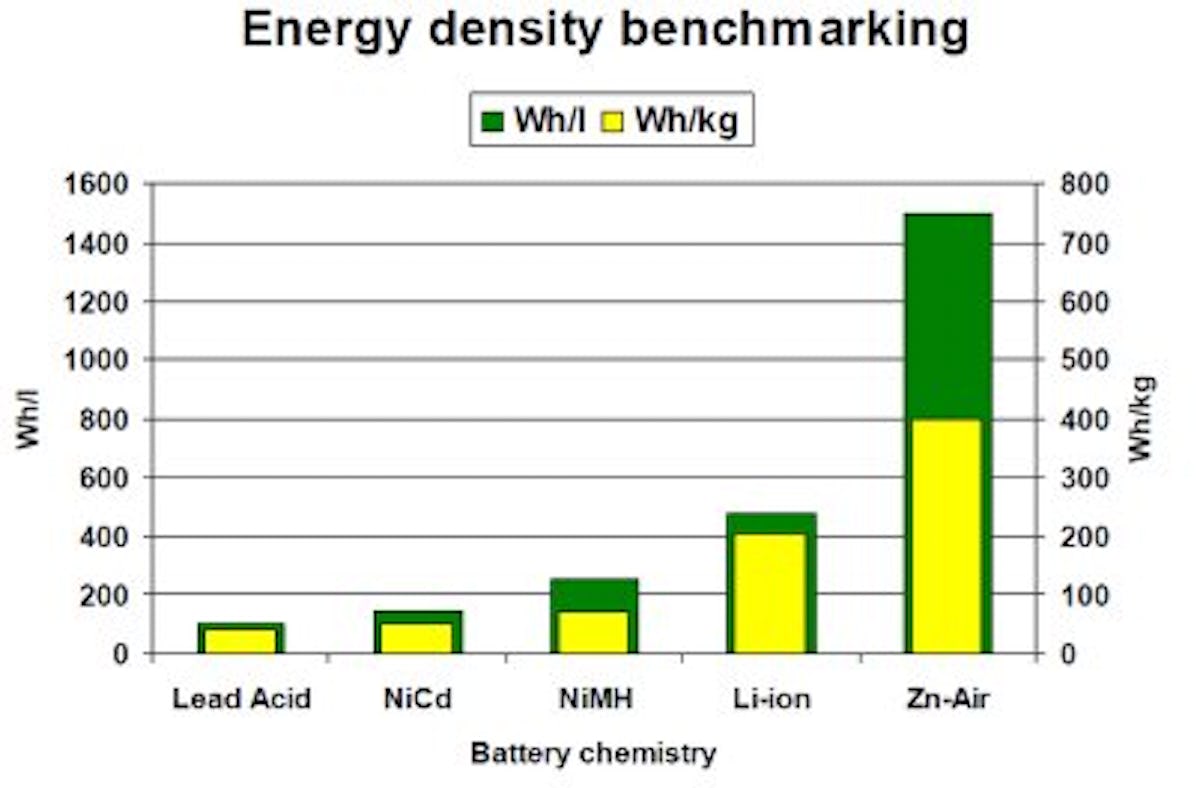 Source: ReVolt Technologies
For more read Electric Vehicle Traction Batteries 2010-2020. At the unique event, Future of Electric Vehicles USA 2010, printed electronics and electrics, next generation batteries, energy harvesting, wireless sensors, turbine range extenders, smart materials and new components of universal appeal will be presented.
Best-in-class speakers from across North America, Europe and East Asia have been selected with space for a few more. Light electric vehicles will be covered by Benjamin Consulting, KillaCycle, IDTechEx and others. This is attracting those needing the big picture and best practice from wherever it comes and on whatever vehicle it is used for the first time. The evolution of both hybrids and pure electric vehicles over the next ten years will be analysed, with scoping of global demand by types - land, water and air. The breakthroughs to come are the focus. For full details, visit www.IDTechEx.com/evUSA.