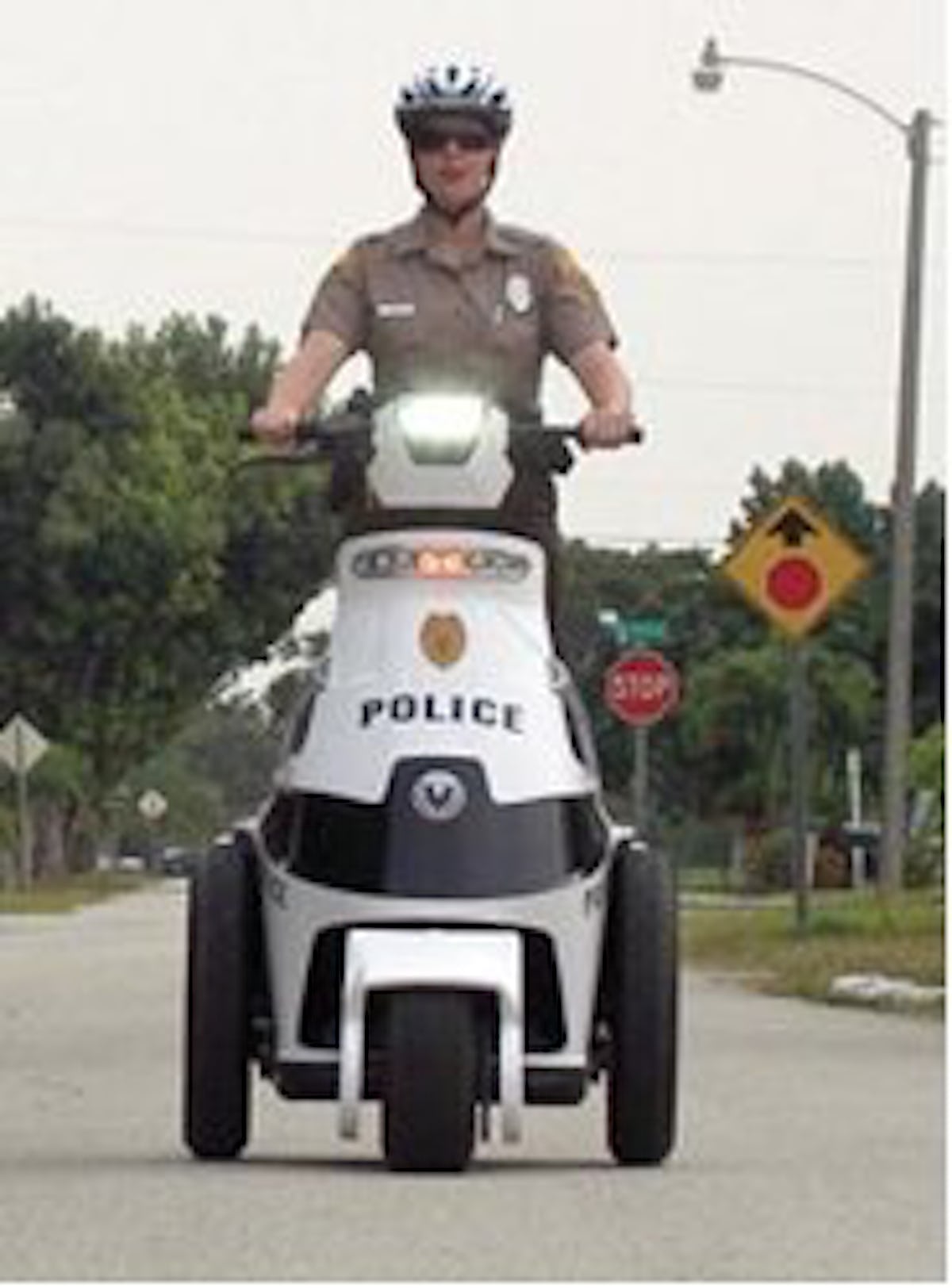 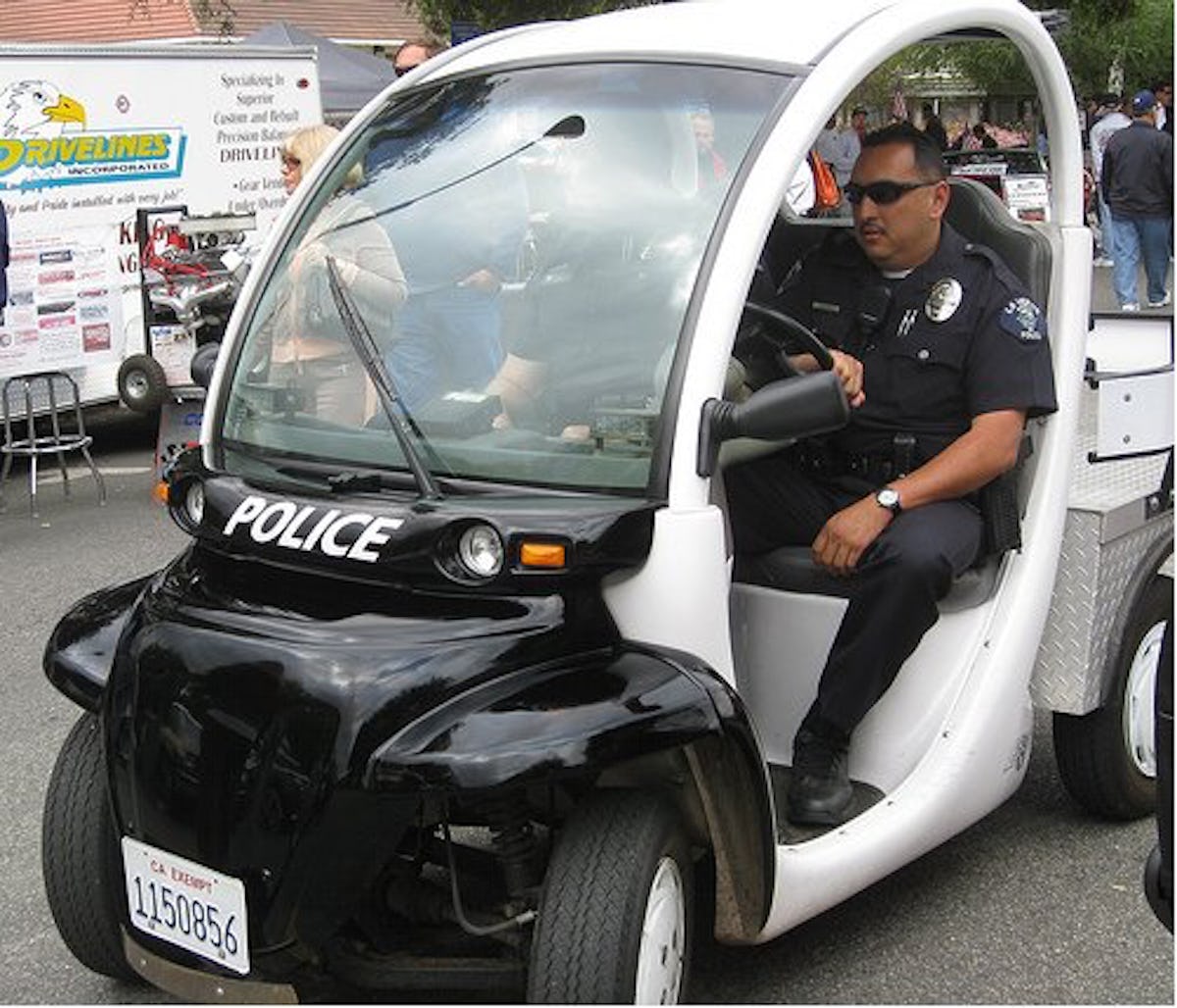 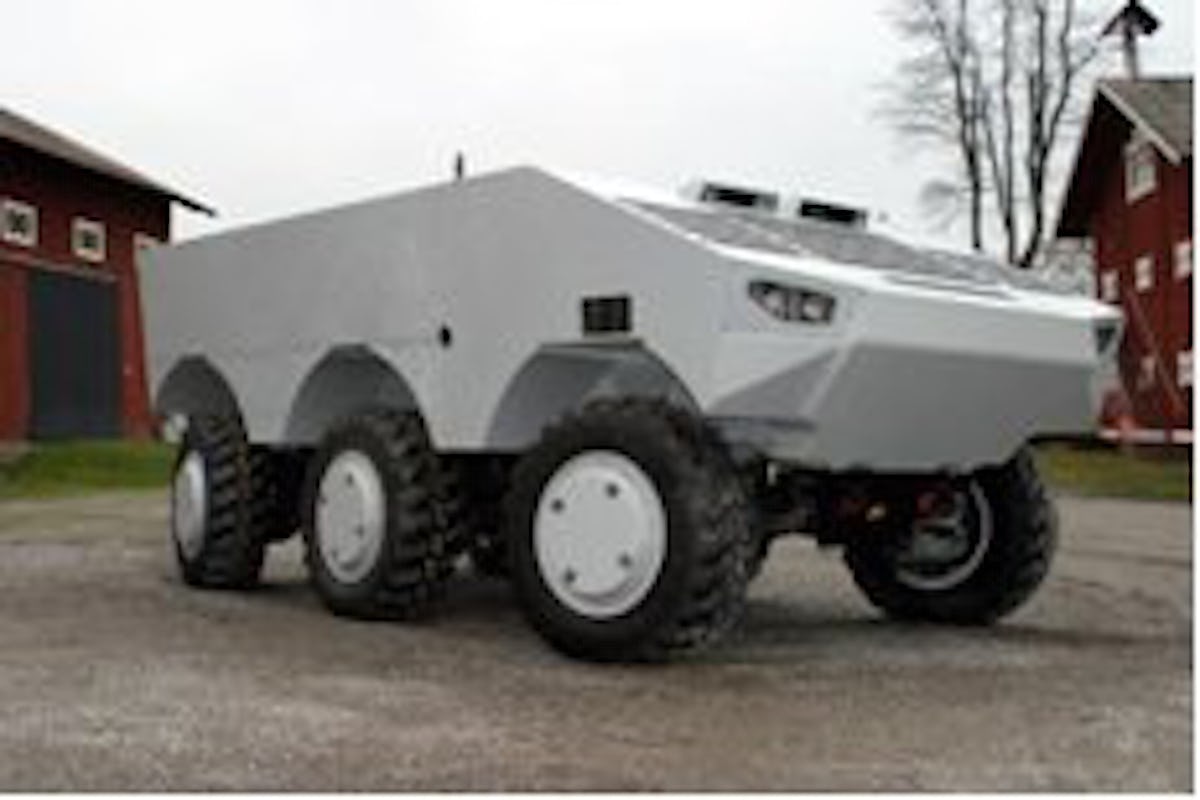 Source: BAE Systems
Variants of Nissan, Fiat and other regular SUVs and vehicles are also converted for police and military work. Research Center Fiat is progressing electric vehicles on a broad front. Military electric vehicles are also a major focus of the US Government Automotive Research Center.All are candidates for upgrading with such things as the vehicle solar panels of Clean Power Works.
Segway, gyro controlled, two wheel electric vehicles have had some success in airports. For example battery-powered Segways were bought by the Philadelphia Police Department. They are equipped with a special police package that includes flashing lights and sirens. T3 Motion, Inc. (OTCBB: TMMM) www.t3motion.com

, has earned significant airport Homeland Security deployments for its flagship T3 Series electric stand up vehicle (ESV). These innovative, all-electric vehicles are currently in use at approximately 15% of the airports in the United States.
T3 Series ESVs are playing a pivotal role in Homeland Security operations by meeting the unique challenges of this demanding application. T3s enable security patrols to more effectively and efficiently perform their duties, both indoors and out, through increased visibility, mobility and productivity. This can mean increases in crucial security patrol dynamics like force factoring and omnipresence, where the size of a patrol force seems larger due to multiple visual contacts by the public.
"T3 Motion is very excited about our presence in this critical market. We are proud that our T3 brand is providing clean energy solutions supporting Homeland Security operations which are tasked with keeping airports safe," said Ki Nam, CEO of T3 Motion, Inc. "Within the next few years, we plan on having a presence in the majority of airports around the world by leveraging our T3 Series brand internationally."
The T3 Series alternative energy vehicle allows security patrols to cover large areas, gain access to constrained spaces such as elevators and parking structures, and maneuver quickly through crowds. A split second can make all the difference when searching for a lost child, responding to a medical emergency or pursuing a potential security threat. The T3 Series has proven to be an invaluable partner in these situations.
A prime example of how the T3 Series is performing at airports across North America is its role as a key member of the airport police at Toronto Pearson International Airport, which handled approximately 27 million passengers in 2009.
"With its raised platform and the narrow dynamics of the vehicle, the T3 Series is very easy to maneuver through crowded airports. So much more effective than sitting in a golf cart where the officers will be confined and slowed down by crowds," commented Ed Toye, Regional Superintendent of the airport's Terminal One and manager of the Peel Regional Police Department's airport division.
The T3 Series gives officers a birds-eye view of the terminal area and can cruise up to 20 miles (16 kilometers) per hour, allowing an officer to cover the terminal in a fraction of the time required by foot patrols. And, at less than 10 cents a day to operate, the T3 Series offers an extraordinarily cost-effective security patrol solution.
"The T3 Series allows for much quicker response. If an officer has to go by foot from one end of the terminal to the other, it can take 20 minutes. These vehicles are a big help when we are looking for missing children or elderly people," Toye noted. "Those searching can cover much larger areas in less time. Missing person cases occur more frequently at airports, where language barriers can often cause problems."
Toye described a situation in which the T3 Series expedited locating a missing child in the large international facility. "Normally we'd have to bring in extra staff, set up a grid pattern for the search of the terminal, and physically walk through the terminal to try to find the missing person. However, due to the versatility of the T3, we were able to cover the entire airport in less than five minutes with the existing security team," he explained. "In the case of missing children, seconds are valuable, and the T3 allowed us to immediately begin and complete the search of the entire airport in record time."
He particularly appreciates the advantages of the T3 Series compared to other alternatives such as golf carts that are often used in environments such as airports.
"The problem with a golf cart is the officers are sitting down, versus standing upright on the T3, and don't have a clear view into the distance. When you're dealing in an airport environment, there are big crowds and it's very difficult to maneuver with a golf cart due to its size," Toye noted. "It's actually slower than walking. The T3 Series gives the officers the ability to look over the crowds and manipulate their way through, which is much more efficient than walking or running."
In Canada, T3 Series vehicles are also deployed at the Montreal International and Vancouver International airports. Additionally, they can be seen on patrol in the following airports in the United States, Mexico and the Caribbean:
The T3 Series is made in the USA (Costa Mesa, CA) and was designed with the direct input of law enforcement and security industry professionals. It features a zero-degree turning radius and a compact design, perfect for maneuvering through crowds and tight spaces, with speeds up to 20 mph. Also unique to the T3 Series is the most user-friendly and intuitive operation in a vehicle of its kind, giving the rider a sense of superior stability and command presence.
The quiet, environmentally friendly, zero-gas-emission vehicles include an integrated LED lighting system and an incomparable low cost of operation. They can run for less than 10 cents per day without requiring downtime due to the vehicle's two rechargeable, lightweight batteries (Power Modules) that can be easily swapped out while in use for continual deployment and an unlimited range.
"It's rewarding to hear from T3 Motion friends, family, and other customers who call us and say 'Hey, I just saw T3s when I was at the airport,'" continued Ki Nam. "The list is growing so fast we have to ask them, 'Which airport?'"
For more information on innovative T3 Motion clean energy vehicles, visit www.t3motion.com

.
Carbon Motors has sought a $310 million federal loan to help finance the development of its pure electric E7 patrol car that is set for 2012 production. 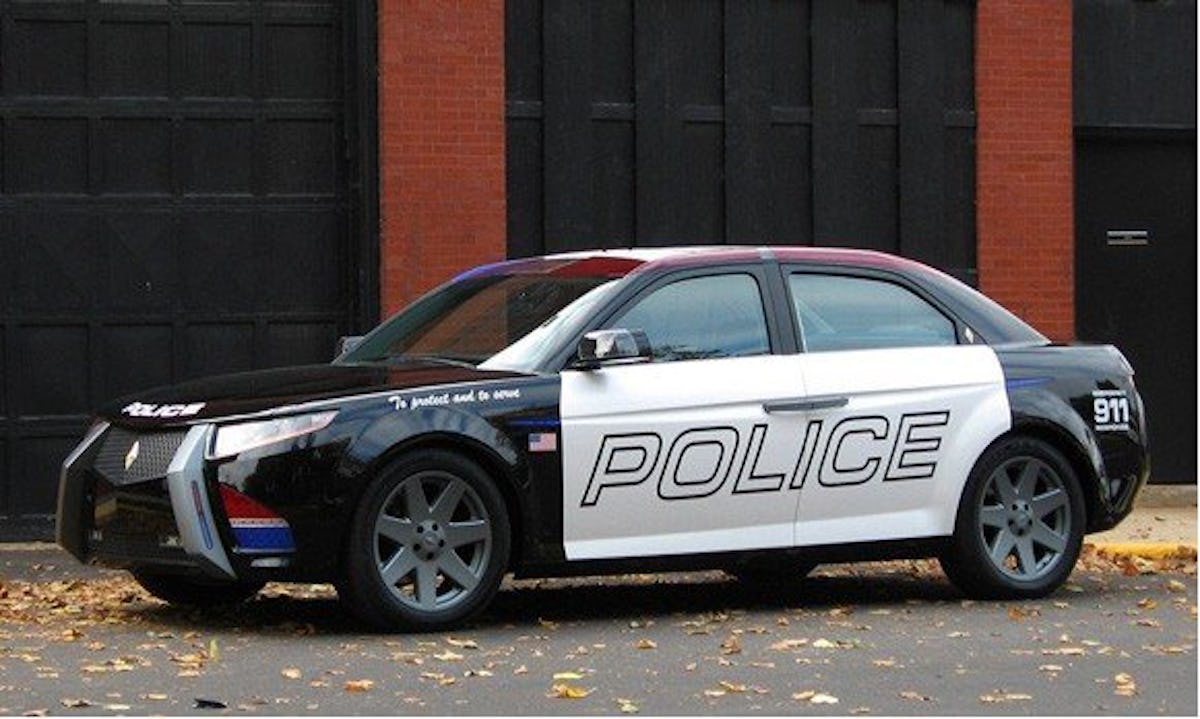 Source: Carbon Motors
For more attend: Future of Electric Vehicles which uniquely covers the whole electric vehicle market - land, sea, air whether hybrid or pure EV - with emphasis on future breakthroughs. For example, BMW cars are favored by European police due to their outstanding performance and the company has a considerable line up of electric equivalents coming along including a silent pure electric MINI E. Early Bird Bookers get a free copy of the new $3000 report, "Electric Buses and Taxis 2011-2021" and there are visits to KleenSpeed (200 mph Formula One pure electric racer, family EVs) and SunPods (solar powered charging stations).