The afternoon session of the Human Power Workshop part of the 1st Energy Harvesting Network as discussed in Part 1 of this article, continued after a networking lunch provided by the organisers. This session focused on Human Powering of Devices Outside of the Body. The term BSN - Body Sensor Networks was coined by Prof Guang-Zhong Yang of Imperial College in 2002. Recent years have seen a rapid surge of interest in new sensing and monitoring devices for healthcare and the use of wearable/wireless devices for clinical applications. The Human Powered Workshop and Body Sensor/Area Network groups address general issues related to using wearable/wireless and implantable sensors and to bring together scientists from computing, electronics, bioengineering, medicine and industry in a multidisciplinary effort. 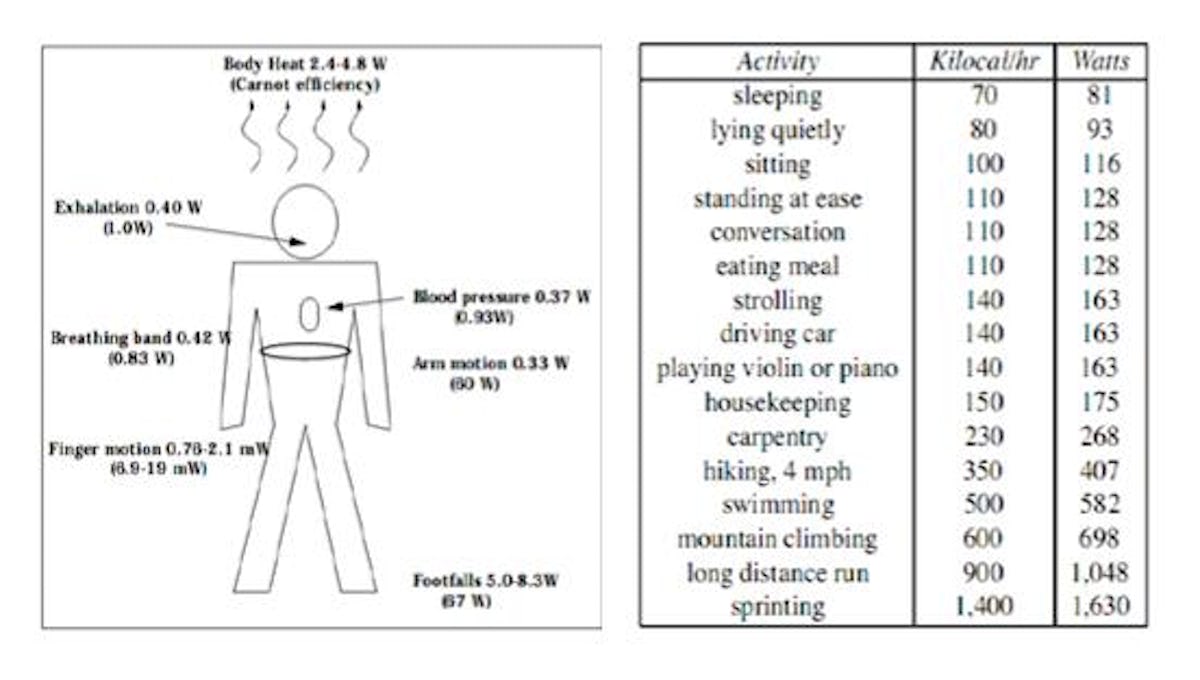 Source: Starner, T., "Human Powered Wearable Computing", In IBM Systems Journal, Volume 35 (3), pp. 618-629, 1996
The image shows possible power recovery from body-centred sources. Total power for each action is included in the parentheses. Way back in 1996 Thad Starner did the initial study to investigate whether battery size added weight and inconvenience to mobile computers at that time. His paper explored the possibility of harnessing the energy expended during a user's everyday actions to generate power for his or her computer, thereby eliminating the impediment of batteries. Particular emphasis was given to the analysis of power generated through leg motion and a survey of other methods such as generation by breath or blood pressure and body heat, and finger and limb motion was also investigated. His finding led much of the work into human powered electronics at the prestigious MIT. Joseph Paradiso of MIT lead a team which produced several heelstike devices that powered wireless transmitters and self powered switches, which can now be seen in EnOcean's wireless light switches. 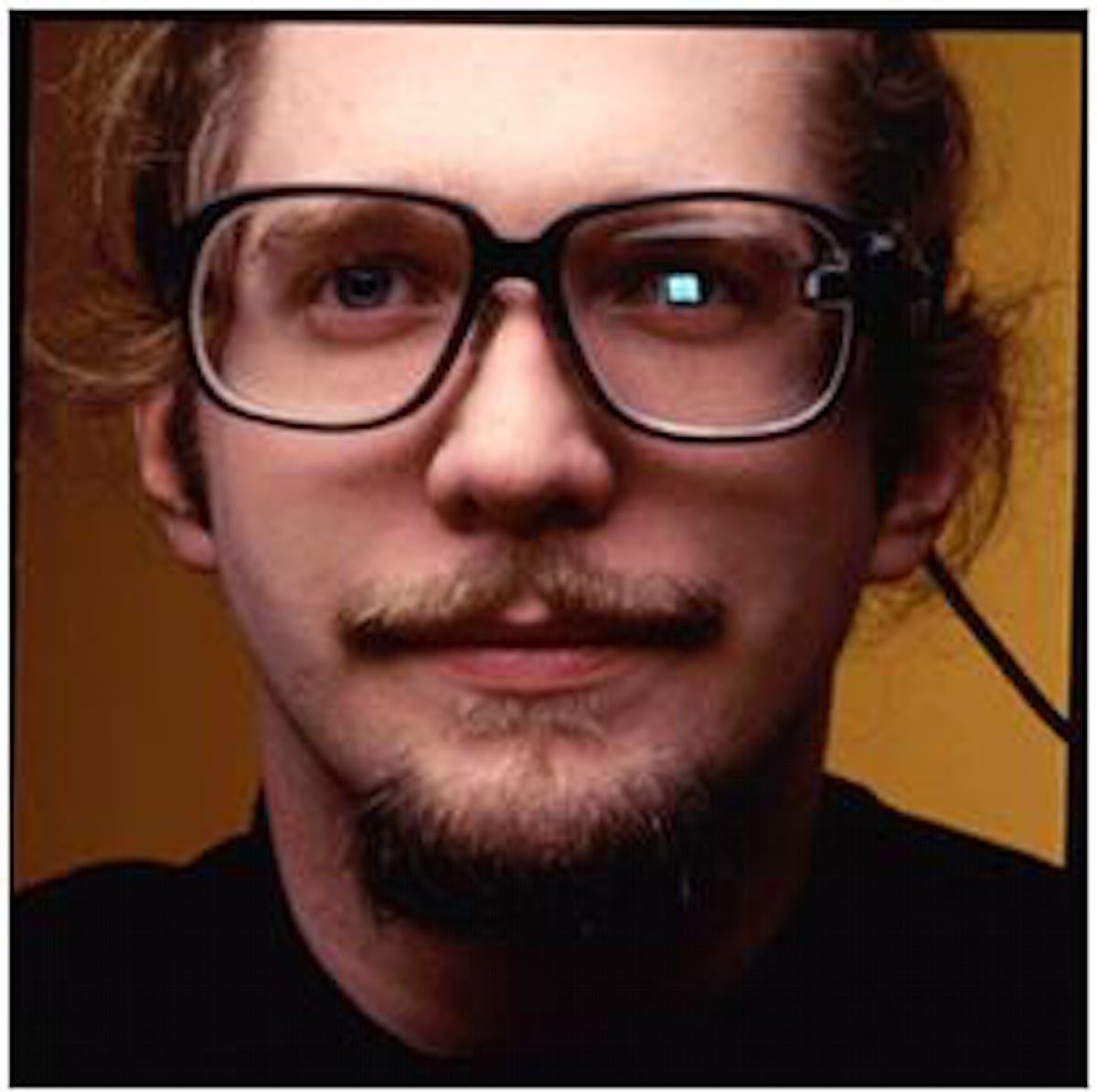 Thad Starner
Starner's work sparked countless research projects within MIT and further afield, from energy harvesting backpacks to linear generators developed at the Swiss Federal Institute of Technology, to power wearable computers from the movement of the elbow; Thomas von Buran developed the linear generator which could generate between 5 and 25µW from normal human walking, enough to power sensors. Further work in this area can be seen below from the University of Michigan where scientists tested the knee brace on six men walking leisurely on a treadmill at 1.5 meters per second, or 2.2 miles per hour. They measured the subjects' respiration to determine how hard they were working. A control group wore the brace with the generator disengaged to measure how the weight of the 3.5-pound brace affected the wearer. 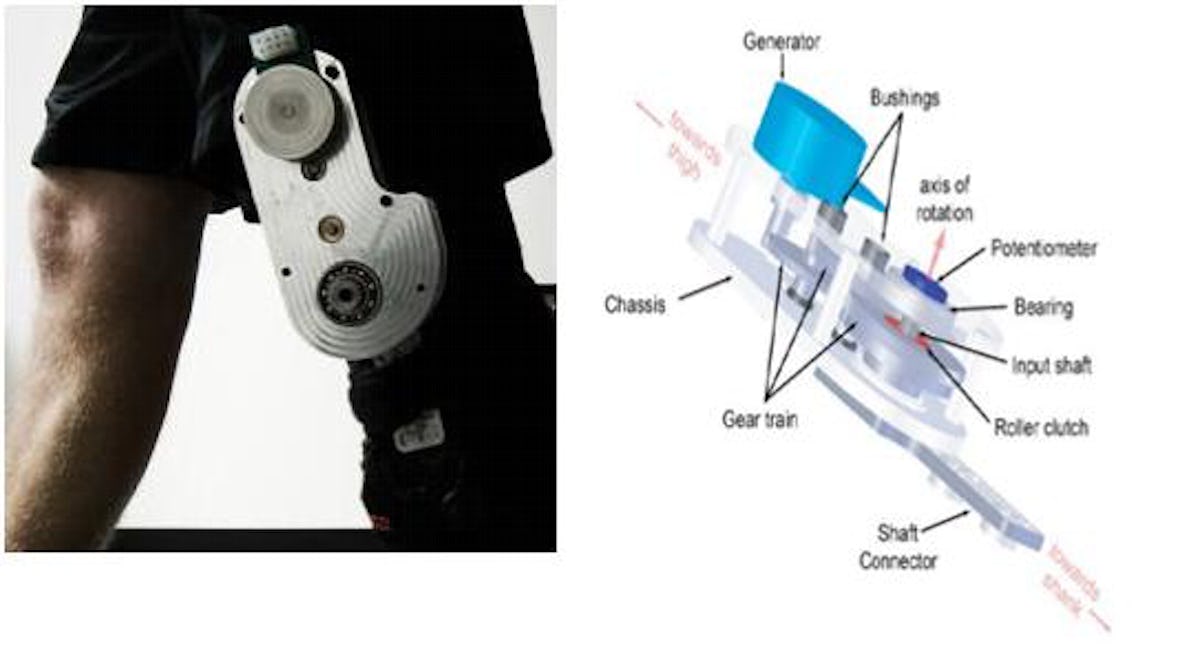 Knee generator from the University of Michigan with mechanical profile of design
In the mode in which the brace is only activated while the knee is braking, the subjects required less than one watt of extra metabolic power for each watt of electricity they generated. A typical hand-crank generator, for comparison, takes an average of 6.4 watts of metabolic power to generate one watt of electricity because of inefficiencies of muscles and generators.
The applications for the technology are numerous; the military is a prime candidate where soldiers' routinely carry 13kg of batteries where harvesters could significantly reduce that load. The consumer market in developed countries could benefit by generators powering PDAs & GPS systems. Undeveloped countries could benefit by the untethered charging of mobile devices, reducing the need for expensive batteries. Medical applications could benefit greatly, quality of life is a direct function of battery weight and charge duration. 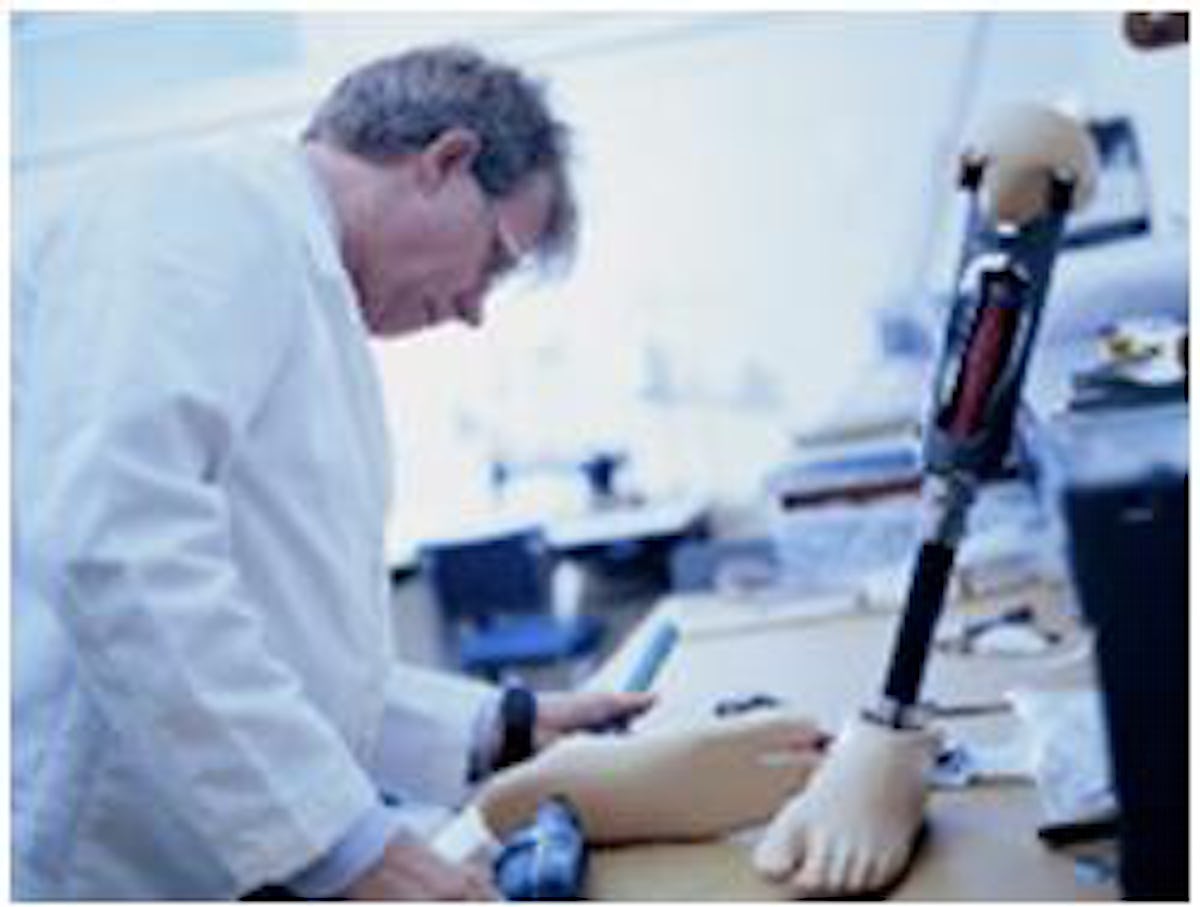 Bionic Power's technology can be used to recharge batteries as individuals walk, thereby extending the range and confidence of those who rely on such orthoses and prostheses - or on other innovations such as drug pumps and neuro-electric stimulators. Future versions of Bionic Power's technology could potentially be fully integrated into these products, or it could even be implanted subcutaneously, creating a seamless interface between power and product www.bionic-power.com

The afternoon session had a medical theme with a talk by Dr Arjan Buis from the University of Strathclyde presenting on Energy Requirements for Prosthetic and Orthotic Devices in Research and Clinical Applications. He explained that prosthetics are interventions designed to replace a part of the body that is absent, usually due to amputation, trauma or congenital deformity and that orthotics are interventions that are designed to restore function to a part of the body that is not able through illness, trauma or congenital deformity to function properly. Harvesting opportunities from the fixtures that attach to the body as shown in the image are possible, this location could be used to harvesting thermal energy from the body using the device-body thermal interface. Motion energy could be harvested from flexion & extension of components such as the hydraulic control units, structural deformation of the part that attaches to the body could also be used. Shock from the heelstrike is another potential area for extraction of energy otherwise lost as heat to friction.
Further work on prosthetics was presented by Dr Kesorn Pechrach Weaver, of Ronsek Ltd who had actually done a study on extracting usable electrical energy from a robotic leg which simulated human movement. Her findings showed that from 1 or 2 Joules of energy per step a figure of 0.237W per hour was stated. The work seemed quite embryonic at this stage, it was unclear whether this amount of power could be useful in this type of application, and perhaps future work could be more revealing.
The afternoon session concluded with an exploration of the drivers for Energy Harvesting for devices outside of the body. Delegates engaged in discussion of how the technology and science could be advanced to provide wider proliferation of this type of research. A report compiled by the Energy Harvesting Network will be delivered to delegates and published on the host's website covering the finding of the workshop with the prospect that this will guide and define a new generation of research challenges for Human Power Generation of devices.
Top image source: EUMY
For more read : Energy Harvesting and Storage for Electronic Devices 2010-2020