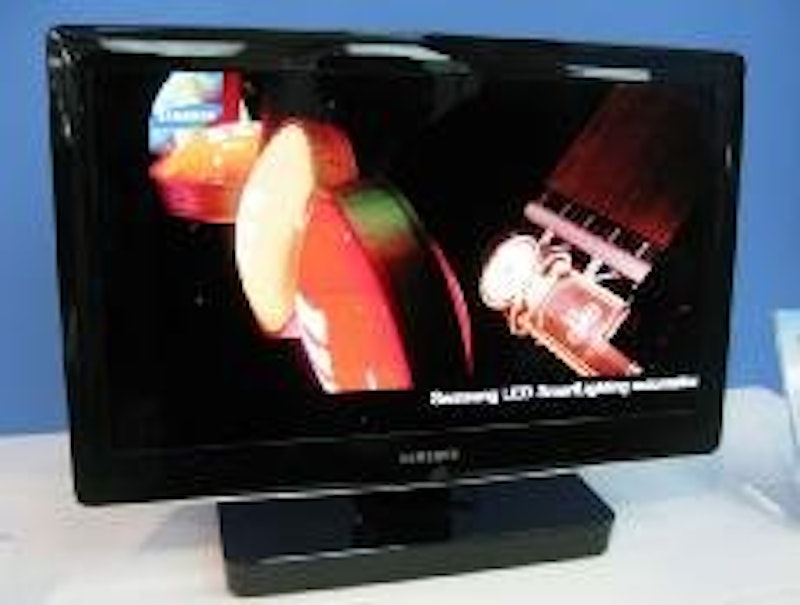 IDTechEx recently visited Korea to learn about the latest progress of Printed Electronics there. View the first part of our article "Printed electronics in Korea".
In this article we review some of the latest progress at Samsung. The group company, which has some 40 subsidiaries and is Korea's largest company, achieved sales of over $170 Billion in 2009. In 2009, Samsung Group was the Worlds' eleventh largest company by gross sales, ahead of Chevron, HP and GE.
In the group, Samsung Electronics is the biggest subsidiary with sales of approximately $132 Billion in 2010.
Samsung is currently the World's largest producer of OLED displays (targeting cellphones, where the display is made on glass and not printed). This activity has healthy competition internally with Samsung's LCD business. Their research programs are split into the following: those that are 1-2 years from commercialisation, 2-5 years and 5-10 years. In 2013 they expect to launch OLED TVs (also on glass, not printed), but the printing of OLEDs are not too far behind - equipment is being installed now.
The company told IDTechEx that for most devices they develop their own materials and their own equipment - they are certainly big enough to do so.

Samsung has a keen interest in most display types and, like others, it sees a big opportunity for colour EPDs capable of showing video. As a result, it acquired Philips spin-out Liquavista last month.
Liquavista has a colour display that can be bi-stable and is fast enough to show video. Liquavista was acquired by the LCD division of Samsung. Initially Samsung intends to use an aSi TFT backplane but later they could use OTFTs as a backplane as that technology matures, where the product may be on a flexible substrate. For rigid displays aSi will be cheaper compared to OTFTs but on flex OTFTs are better than aSi.

While the commercial OLED displays from Samsung are made using vacuum processes and are on glass today, Samsung is highly committed to printing OLEDs. Last year Samsung demonstrated their first printed OLED - a 19" display, pictured above. Samsung is currently installing a 5.5 Gen line for POLED manufacture.

Samsung has been developing organic semiconductors for TFTS but has more recently also worked on ZnO printed semiconductors. The company is focussing on copper printing rather than gold for the source-drain electrodes to reduce cost (they have developed their own copper ink).
They use their own organic semiconductor and try others, and claim to have achieved making one that has good uniformity with a mobility of 0.5. They have p and n type semi-conductors but in future more work is being done on n type versions where they could use an aluminium electrode. They prefer a top gate structure.
They have printed a 6" OTFT array on glass and flexible substrates. At the IDTechEx Printed Electronics Europe event in Düsseldorf, Germany, on April 5-6, Samsung will present a 4.2" colour display with the TFT array printed on plastic. A similar unit was shown at the CES event in Las Vegas - view the video demonstration here: http://www.youtube.com/watch?v=HU2nG9qy6vs.
Samsung has built a 70" ZnO TFT AM LCD TV using sputtering. They are also working on carbon nanotubes as a semiconductor but alignment of these is the key challenge.
For more information Samsung will be presenting at the IDTechEx Printed Electronics Europe event in Düsseldorf, Germany on April 5-6. See www.IDTechEx.com/peEUROPE.
Printed Electronics Europe 2011.
Learn more at the next leading event on the topic: Printed Electronics Europe 2020