Nanotechnology to the rescue

Nanotechnology works hand in hand with the development of flexible electronics, the following examples give an idea of the ways collaborative interdisciplinary efforts can provide solutions to challenges and barriers in further developing of novel electronic devices.

Defects on plastic substrates such as pinholes, cracks and grain boundaries cause a 'pore effect', where oxygen and water molecules are able to seep through and penetrate through the plastic barrier and into the active material.
For applications such as flexible OLED displays, organic solar cells, or even electrophoretic displays, sensitivity to oxygen and moisture compromises device lifetime significantly. This means that in order to achieve adequate lifetime for flexible devices that would make viable commercial products, the pathway for oxygen and moisture down into the active layers must be blocked.
Tera-Barrier Films is a portfolio company of Exploit Technologies Pte. Ltd. (ETPL), the commercialisation arm of Singapore's Agency for Science, Technology and Research (A*STAR) and Applied Ventures, LLC, the venture capital arm of Applied Materials, Inc. as of August 2009. The company was incubated by Exploit-Technologies Pte.Ltd. as a Flagship programme for two years prior to spin-off.
Current barrier technologies focus on reducing these defects by using alternate organic and inorganic multilayers coated on plastic. In contrast, Tera-Barrier has taken an innovative approach to resolve the 'pore effect' by literally plugging the defects in the barrier oxide films using nanoparticles. This reduces the number of barrier layers needed in the construction of the barrier film down to two layers in this unique nanoengineered barrier stack.
Tera-Barrier's barrier stack consists of barrier oxide layers and nanoparticulate sealing layers. The nanoparticles used in the barrier film have a dual function - not only sealing the defect but also actively reacting with and retaining the moisture and oxygen. 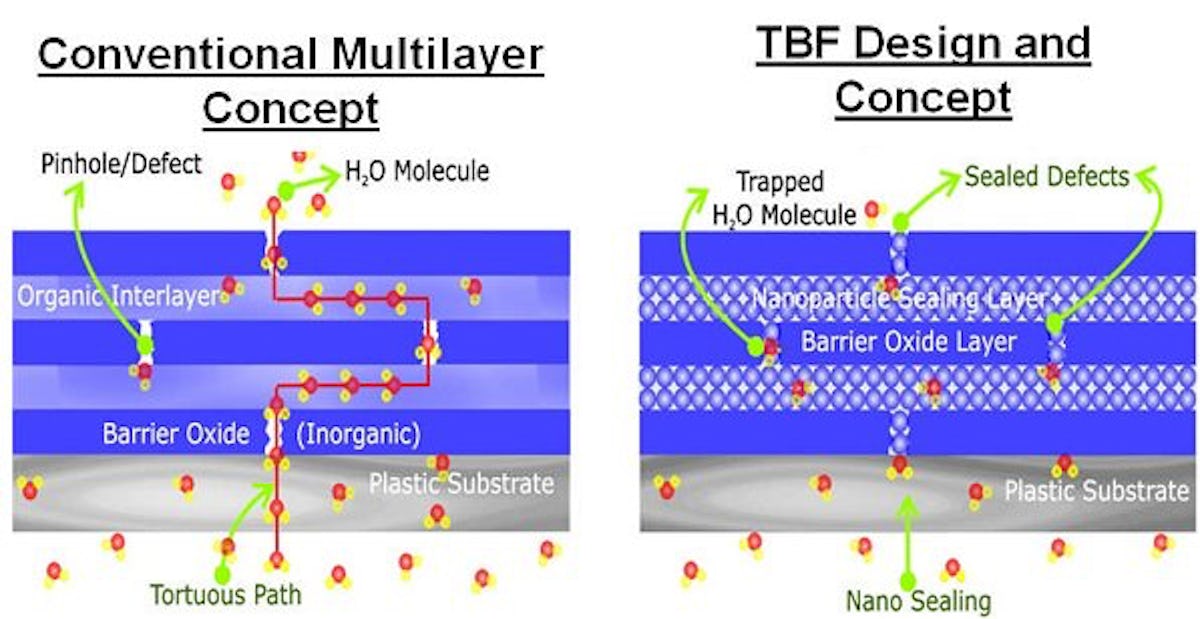 Source: Terra-Barrrier
The result is a breakthrough moisture barrier performance of better than 10-6g/m2.day, or one millionth of a gram per square meter per day, which surpasses the requirements for flexible organic device substrates. The barrier film also has a lag time of more than 2,300 hours at 60 ⁰C and 90% RH (i.e. the time required for moisture to pass through the barrier film under those conditions).

Research carried out in the Laboratory of Nanoscale Electronics and Structures at the EPFL has revealed that molybdeniteis a very effective semiconductor. It is a mineral abundant in nature and is often used as an element in steel alloys or as an additive in lubricants but it had not yet been extensively studied for use in electronics.
"It's a two-dimensional material, very thin and easy to use in nanotechnology. It has real potential in the fabrication of very small transistors, light-emitting diodes (LEDs) and solar cells," says EPFL Professor AndrasKis, who worked on this study with his colleagues M. Radisavljevic, Prof. Radenovic and M. Brivio. He compares its advantages with two other materials: silicon, currently the primary component used in electronic and computer chips, and graphene, due to its two dimensional geometry.
One of molybdenite's advantages is that it is less voluminous than silicon, which is a three-dimensional material. "In a 0.65-nanometer-thick sheet of MoS2, the electrons can move around as easily as in a 2-nanometer-thick sheet of silicon," explains Kis. "But it's not currently possible to fabricate a sheet of silicon as thin as a monolayer sheet of MoS2."
Another advantage of molybdenite is that it can be used to make transistors that consume 100,000 times less energy in standby state than traditional silicon transistors. A semi-conductor with a "gap" must be used to turn a transistor on and off, and molybdenite's 1.8 electron-volt gap is ideal for this purpose. 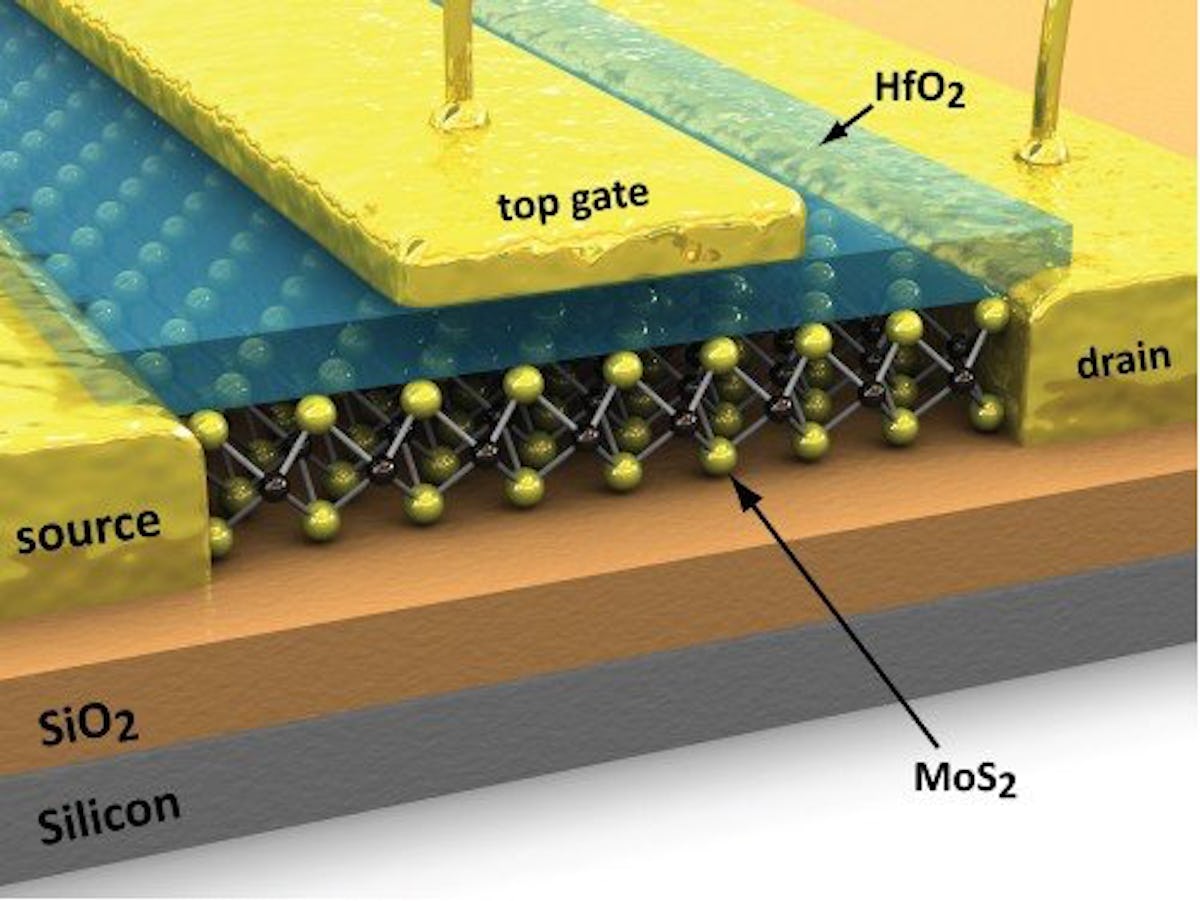 Source: The Écolepolytechniquefédérale de Lausanne
For more breakthroughs in materials, manufacturing and novel devices, don't miss the opportunity to attend Printed Electronics/Photovoltaics Europe, in Düsseldorf, Germany on the 5th and 6th of April 2011.
For more information, visit the website www.idtechex.com/dusseldorf.