BAE Systems says it has cumulatively delivered more than 3,500 units of its hybrid electric propulsion system called the HybriDrive series, netting it over $350 million, in our estimation, and making it one of the most successful suppliers of subsystems in the history of the electric vehicle.
This HybriDrive series hybrid electric system combines a diesel-powered generator, an electric motor and an energy-storage system. Being in series - the trend for the future as range extenders come in - the system does not use a mechanical transmission. However, DesignLine of New Zealand is the first to market with buses using gas turbine range extenders, BAE Systems customer Daimler is heavily into preparing fuel cell range extenders for market and BAE Systems, the world's second largest supplier of military equipment, has announced its intention of exiting from non-core hardware activity so the future is uncertain.
Meanwhile, bus manufacturers in the US such as Gillig, Daimler Bus North America, New Flyer Industries and Alexander Dennis and Irisbus Iveco in Europe are using HybriDrive in buses widely deployed in the USA, Canada, the UK and elsewhere.
In September 2010, BAE Systems said it plans to sell as much as $2 billion worth of U.S. aircraft and vehicle controls businesses. This will help Europe's largest arms company focus on defence services and raise cash for potential purchases. BAE has hired Wells Fargo & Co. and JPMorgan Chase & Co. to explore options for the so-called platform solutions business, including a possible sale, the London-based company said today in response to reports of a planned disposal. The unit include hybrid propulsion systems for buses and trucks as well as flight controls used by Airbus SAS and Boeing Co.
"They may be assembling a war chest for acquisitions in the defense and security services, both areas they want to build up in," said Zafar Khan, an analyst at SG Securities in London, who advises investors buy BAE shares. "But they may also want to remind people how much their portfolio could be worth, given that the stock has fallen so much."
The electric bus business is growing very rapidly. The IDTechEx report Electric Buses and Taxis 2011-2021 gives detailed forecasts, revealing that China will be by far the largest market for them by the end of the decade. Chinese vehicle companies may therefore buy the BAE bus activity, other candidates including the Western powertrain and bus manufacturers such as number one Daimler AG and number two Tata Motors in the form of Tata Motors Europe which owns Jaguar Land Rover.
Main image source: New Flyer 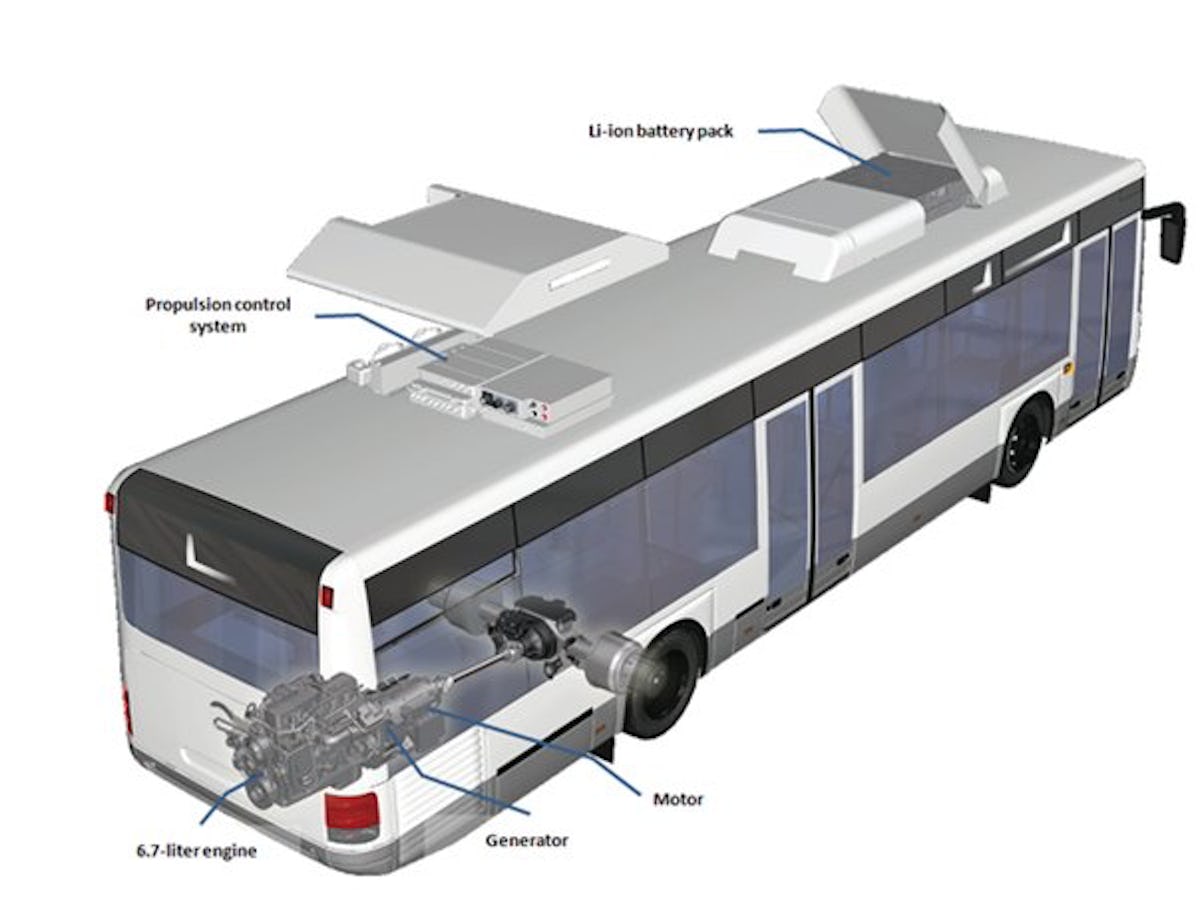 Source: BAE Systems
For more attend Electric Vehicles - Land Sea Air Europe 2011
to reflect its unique covering of the whole subject.Never before has there been an opportunity in Europe for people in land, water and air electric vehicles and their components, infrastructure and test equipment to compare notes in one event. Speakers include Siemens AG, Tesla Motors, Adam Opel, aerospace giant EADS and four other electric aircraft manufacturers, the latest being Lange Aviation. Delegates already signed up vary from Airbus, Hudson Power Sports, Hudson Yachts and SolarWaterWorld to Sony, the Bulgarian Electric Vehicle Association and Robert Bosch Venture Capital.