RFID in New Zealand and Australia

The global use of RFID is increasing very rapidly from a US$2.7 billion business in 2006 to over $26 billion in 2016. As an enabling technology, it is already being widely used, including on penguins in the Antarctic, for research. Australia has the world's leading producer of RFID chips for a form of RFID called Real Time Locating Systems RTLS - a company called G2 Microsystems. For the highest volumes in RFID application across the world, attention is on tagging pallets and cases delivered to the leading US retailers and to the US Military (which has the world's largest supply chain - not Wal-Mart) and all Australasian producers will be mandated to do this soon. Learn more at the IDTechEx RFID Masterclass in New Zealand on July 26 www.idtechex.com/nz.
Australia and New Zealand have some leadership positions in adopting RFID, cattle in Australia (by law) and milk samples in New Zealand being examples of this. In some other respects, these countries are laggards in adopting RFID and need to benchmark against best practice elsewhere and catch up. Only in that way will the benefits of cost, increased sales and improved security and safety be enjoyed and competitive position boosted.
For example, New Zealand is well behind Botswana, Uruguay, Australia and Canada in tagging cattle and it is showing no urgency to catch up despite the fact that farmers mandated to use RFID on livestock usually enjoy benefits beyond the desired traceability during disease outbreaks. Automated optimal feeding, administration of drugs and supplements and automated record keeping are possible and some RFID tags monitor the temperature in the ear canal or the body which correlates with health. Needless to say, traceability and optimal management are competitive weapons in the livestock industry. The European Community, despite its slow and bureaucratic decision making, requires RFID tagging of herds of sheep, goats and pigs by 2008 and cattle by 2010, only small herds being exempted. When the big food importers behave in this way, they require nothing less from their foreign sources of food.
The tagging of books, DVDs CDs etc in libraries automates stocktaking, finding of lost books, checking in and out and even theft prevention. Despite this, it is relatively rare in Australasia, where military use of RFID is minimal as well.
The IDTechEx Knowledgebase of over 2000 case studies of RFID in 76 countries lists 41 case studies in Australia and eight in New Zealand but the number in both countries is now rising rapidly as new data are entered. They will increasingly reflect the increase in item level tagging as it moves up to overtake pallet and case tagging. This is good news, because producers and shippers stand to gain excellent paybacks from item level tagging whereas pallet and case tagging is often done under sufferance without payback, rather in the way that anti-theft tagging is fitted at the request of retailers that do not contribute to the cost. Indeed item level tagging is tackling other challenges such as the 15% of hospital assets, by value, that are lost or disappear every year. The illustration below shows the current position with tag location across all the case studies worldwide. 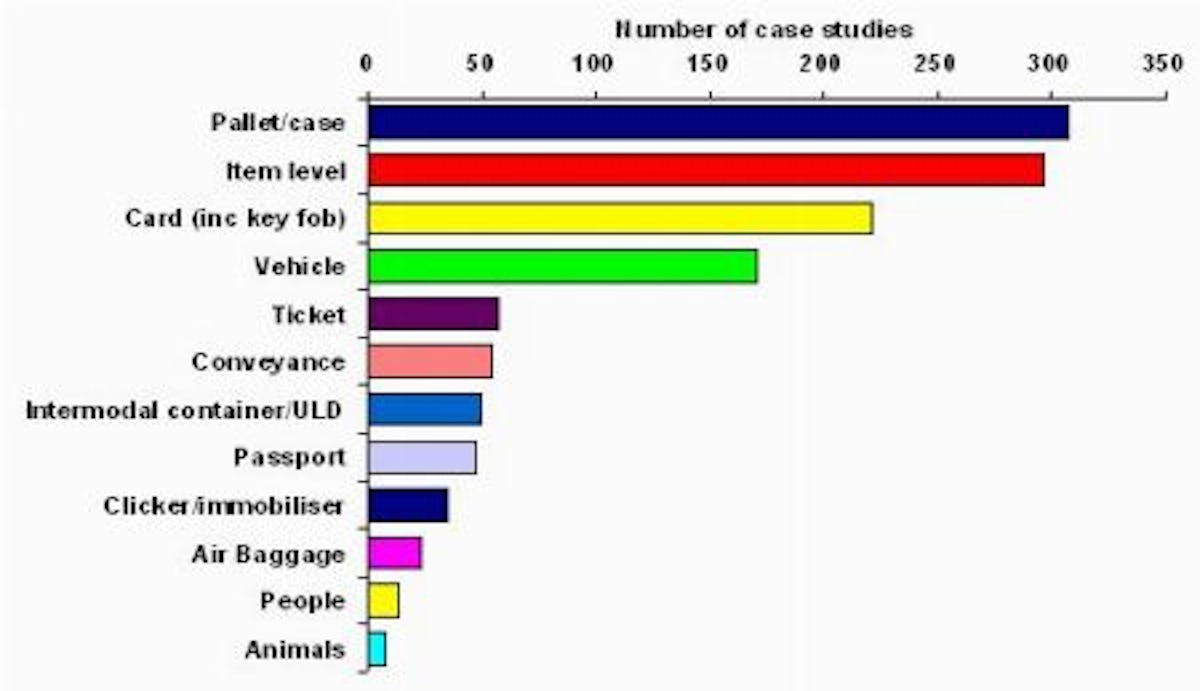 Source: IDTechEx, from the The IDTechEx Knowledgebase
Australia comes tenth in the number of case studies of RFID worldwide as shown below. 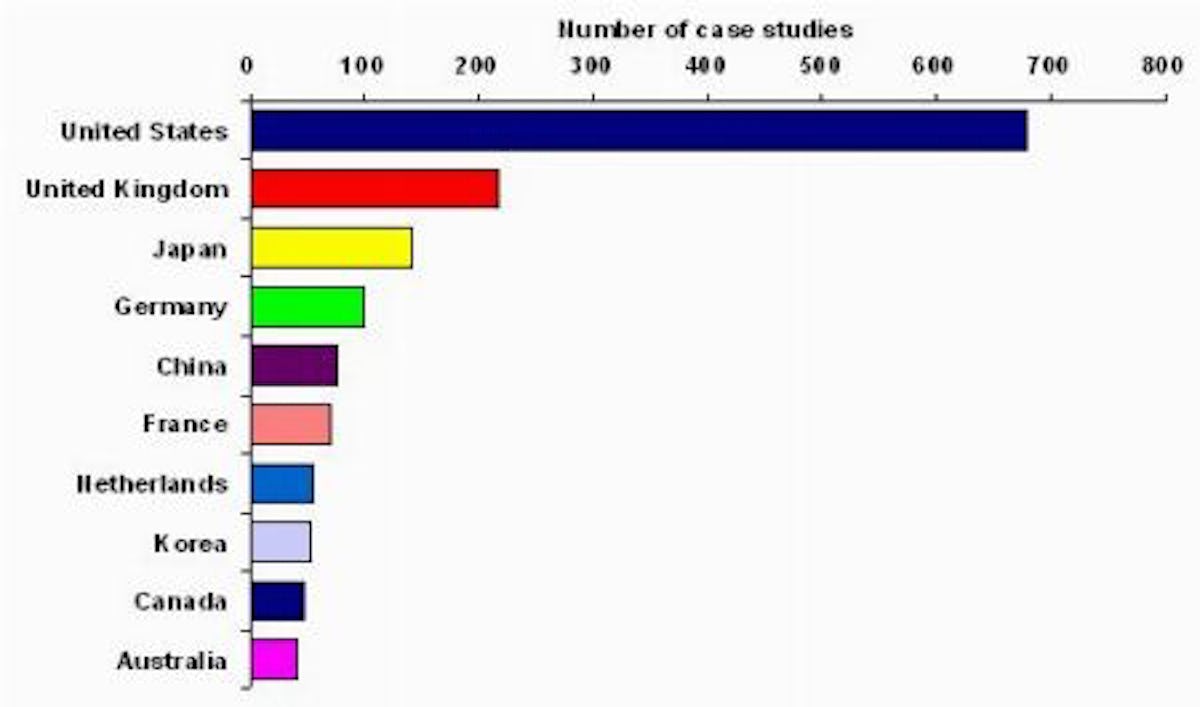 Source: IDTechEx, from the The IDTechEx Knowledgebase
In Australia there is one case in an airport but fourteen in animals and farming, covering tagging of cattle, fish, horses and sheep. There are only two cases of books, libraries and archiving involving RFID but nine in financial, security and safety applications. These are fascinating in their imagination and diversity from pipeline location, forensic samples tracking, police car tracking, visitor tagging and e-passports to tagging sex offenders and boats. If the database is anything to go by, healthcare facilities, land and sea logistics and postal are laggards in using RFID in Australia, there being only three such cases recorded. Similarly there are only four cases of RFID in action in leisure, sports, military and manufacturing taken together. The retail and consumer goods industries in Australia are on the move in RFID but only three significant cases can be documented so far, all involving conveyances and cases. However, there is real leadership in the passenger transport/ automotive sector with eight major schemes covering car immobilisers, transit ticketing and non-stop road tolling.
New Zealand has two cases of RFID in libraries, one each in financial/ security/ safety, leisure/ sports and two in retail/ consumer goods and passenger transport/ automotive - in this case rail. Fonterra, the world's largest milk cooperative, has appointed system integrators for a major use of RFID for error prevention, record keeping and efficiency in New Zealand. 16000 tags will be used for the vats. Another 500 000 will be on sample vials and a total of 3000 readers are being purchased. This size of business rivals some of the biggest RFID orders in the world and there is more to come as Fonterra replaces all barcodes with the more reliable and versatile RFID. The tag suppliers have not been confirmed yet as there are a few problems to be ironed out. Implementation of the project should be complete by 30 September 2006.
For more read RFID Forecasts, Players, Opportunities 2006-2016 and, for the IDTechEx Business Development Manager in New Zealand contact t.henry@idtechex.com. Attend the IDTechEx RFID Masterclass in Auckland, New Zealand on 26 July - see www.idtechex.com/nz for more details.