The once rising price of indium generated an emerging TCF (Transparent Conductive Film) industry offering alternatives to ITO (indium tin oxide). The same is now happening with silver. Its high price is driving a global push to develop alternatives to silver pastes, the dominant conductive ink technology. Using these two as examples, IDTechEx Research highlights the risks involved in innovating in order to meet market needs created by fluctuating commodity prices. A more detailed assessment is included in our market research reports on transparent conductive films and conductive inks.

IDTechEx estimates that Indium tin oxide (ITO) will be a $1.8 billion market in 2013, excluding the cost of the substrate. ITO is the transparent conducting material of choice used in a large and diverse array of applications, including displays (LCD, OLED, e-paper, etc), thin film photovoltaics, touch screens, etc. It currently dominates the market.
The price of primary indium increased from 200 $/Kg in 2004 to more than $1,000 $/Kg in 2006. This steep rise created a global push to seek alternatives. Innovation soon followed and a variety of existing and emerging materials appeared on the market, seeking to replace ITO. Silver nanowires, copper nanowires, PDOT, graphene, carbon nanotubes, and printed fine metallic grids were all advertised as ITO alternatives. New companies were formed while existing ones modified their business strategies, all to exploit this growth opportunity.
The price of indium then fell from its peak to $400 $/Kg in 2009-2010, promoting the Chinese government to intervene in the markets to stop the price slide. The supply and demand dynamics now keep the price fluctuating between 400 and 600 $/Kg, a far cry from the peaks of $1000 $/Kg. 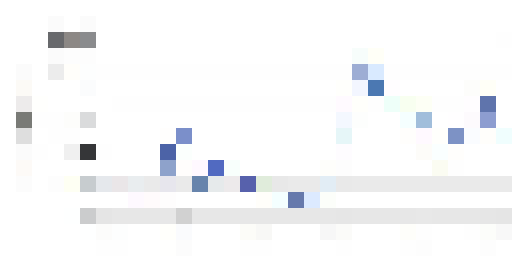 The price of indium has been fluctuating over the years, creating uncertainty for end users
This change in price transformed the competitive landscape for ITO alternatives. In particular, it shifted the cost target down. Consequently, materials that looked highly price competitive several years ago now look expensive. Profit margins that were high when prices were pegged to ITO now appear eroded.
The performance (sheet resistance vs. optical transmission) gap between alternatives and ITO never grow. In fact, ITO still outperforms most alternatives and remains a close match with leading alternatives. Cost advantages have also been weakened. Consequently, many companies now focus on applications that require attributes other than cost and/or performance (as a transparent conductor alone).
These attributes include mechanical flexibility, thinness (for equivalent performance), simplified production process, secure supply, etc. The business result might however turn out to be extended time-to-markets, scaled down growth projections and altered focuses on niche and emerging target markets. Nonetheless, the fluctuating commodity prices have given birth to a dynamic community offering fast-maturing technologies.
We recommend that you attend our TCF LIVE! tradeshow and conference to hear from companies such as Cambrios Technologies, Nanogap, Bluestone, and Graphenea. This tradeshow and conference will be co-located along side our Printed Electronics and Graphene LIVE! conferences and tradeshows. For further information please visit www.IDTechEx.com/TCFLive.

IDTechEx estimates that silver pastes constituted a $2.77 billion market in 2013. Silver pastes find use in a variety of applications, including solar cells, switching membranes, sensors, RFID tags, touch screen, etc.
The large market size has encouraged others to innovate in order to capture a slice of the pie. Silver nanoparticles emerged as an alternative candidate. They promised to drive down the $ per conductance cost, despite being more expensive in $ per Kg. They also enabled inkjet printing, and rapid and low temperature sintering.
The commodity price of silver then rapidly spiked due to the global economic downturn. Investors sought safe heavens in the form of gold and silver deposits, driving up demand and hence price. Silver prices increased from 10 $/oz in 2009 to >45 $/oz in 2011. This rise created price pressures on end users. Particularly squeezed were manufacturers of applications in which silver pastes constituted a substantial portion of the final cost, e.g., crystalline silicon solar cells. Many demanded alternatives. 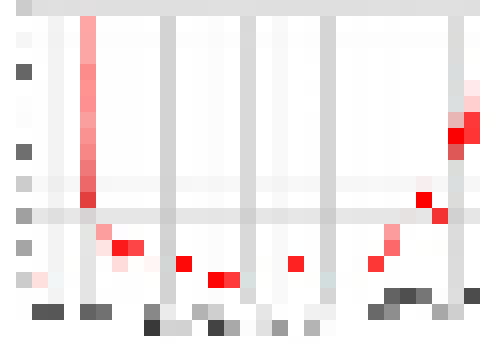 The price of silver (shown in $/oz) has spiked in recent years, largely due to the global economic downturn.
Companies globally, large and small, are now responding to this market pull. As witness in the case of indium, the result is that the rising commodity prices are being translated into silver alternative technologies.
A variety of copper and/or copper/silver inks are being launched with prices pegged to that of silver, enabling them gain market share while maintaining a high profit margin per Kg sold. These inks come with different characteristics, offering different particle sizes, degrees of stability, annealing conditions, etc. They all have one factor in common however: attempting to minimise the exposure of end users to silver prices.
Silver currently outperforms most alternatives therefore reducing exposure to commodity price is the main driver for market adoption. Commodity markets are however prominently volatile. The question is what would happen when prices crash back to their long term trend, as they did in 1980? Would the price incentive remain strong enough to compel end users to secure new supplies, install new processing equipment and buy alternatives in tonnage quantities?
We recommend that you attend our TCF LIVE! tradeshow and conference to hear from companies such as AGC Asahi Glass, Intrinsiq Materials, Hitachi Chemical Co., Ltd, DuPont Microcircuit, Henkel, Vorbeck Materials, Graphene Technologies, etc.
Top image source: Creating Wonderland
For more attend the forthcoming events:
Printed Electronics Europe, Berlin, Germany, April 17-18 2013 .
Graphene LIVE! April 17-18 Berlin, Germany.

Great article. Wish more real-business views were expressed more often. My company helps executives prioritize developments and enter markets, so we see the penalty firms pay by not evaluating their options. As you say, tech developments are real options: their value depends on time and space. Think Black-Scholes and mind the time!