OLED Lighting Has a Bright Future

Two and a half years after its start, the European research project OLLA* presents its second milestone: a prototype white Organic Light-Emitting Diode (OLED) light source, with an efficacy of 25 lumen per watt and a lifetime of over 5.000 hours from an initial brightness of 1.000 cd/m2.
"With this milestone, the OLLA project shows its progress in developing OLED lighting technology" said Peter Visser, project manager of OLLA. "OLEDs are not only flat and thin, but they also bear the potential to be a very energy efficient light source. With this milestone we doubled the efficiency compared to an ordinary tungsten light bulb and expended the lifetime five times. In a few years time, we expect to be able to be as efficient as a compact fluorescent source. This gives OLED lighting a bright future!"
"These top-level results from the OLLA project show the real benefit of European-wide research cooperation projects," said EU Commissioner for Information Society and Media Mrs Viviane Reding. "It proves that close cooperation between industry, academia and universities is effective. It contributes much to the development of an OLED lighting industry in Europe."
The goal of the OLLA project is to further develop OLED technology for lighting purposes. OLEDs are currently used for small display applications like MP3 players, but can also be used as a flat and efficient light source.
"This very efficient white OLED light tile was designed at Philips from a mixture of fluorescent and phosphorescent OLED materials within the NOVALED proprietary PIN structure. It contains several layers of specially designed materials from OLLA partners, and highlights the results of two years of excellent teamwork between the material and device partners within the project,'' Visser continues.
"The lifetime achievement of 5000 hours in combination with high efficiency is a very important step towards the introduction of OLED technology in lighting applications," said Karsten Diekmann from OSRAM Opto Semiconductors, partner in the project. He pointed out the capability of OLEDs for applications such as signage or LCD backlighting. 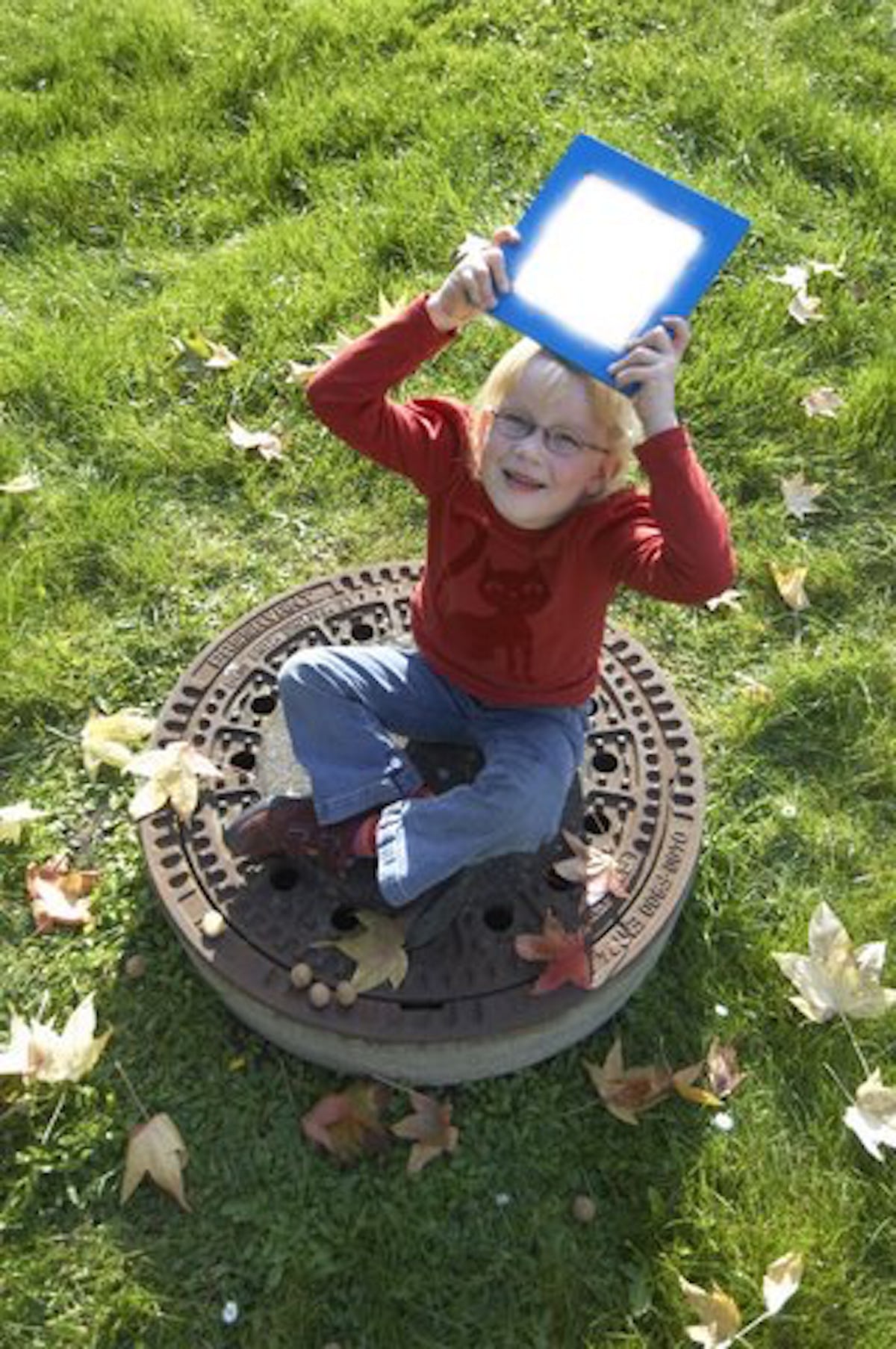 Source: Philips
The project further evaluates several fabrication processes for OLED fabrication. Last December, the project showed Europe's largest OLED light tile at the IST event in Helsinki: an OLED lamp consisting of four 15x15cm2 OLED tiles. "These large OLED tiles are fabricated on our evaporation tools in Dresden" Jörg Amelung of Fraunhofer-IPMS said "This proves the possibility to fabricate large OLED tiles and in the next months we will transfer the new efficient OLED stack towards our tools, so that we also can demonstrate this record on large substrates." Besides evaporation deposition, the project also evaluates gravure printing of white polymer OLEDs at the Finnish partner VTT. Printing is seen as one of the options to lower production costs of OLEDs.
Although higher efficacy figures have been published, the OLLA project believes that the shown result is state-of-the-art. "One of the problems in comparing the results of the different research groups around the globe is that there are no standards for OLED measurements," explains Dr
Dietrich Bertram of Philips Lighting and technical coordinator of the OLLA project "It makes an enormous difference when the measurement is done in an integrating sphere or when stackedlayers are used. Therefore the OLLA project just decided to develop a white-book on OLED lighting measurement, in order to support standardization of performance and measurement criteria."
The OLLA project, which has reached just over half its duration, has a final efficacy target for OLED lighting of 50 lumens per watt combined with a lifetime of 10.000 hours at 1.000 cd/m2 initial brightness. 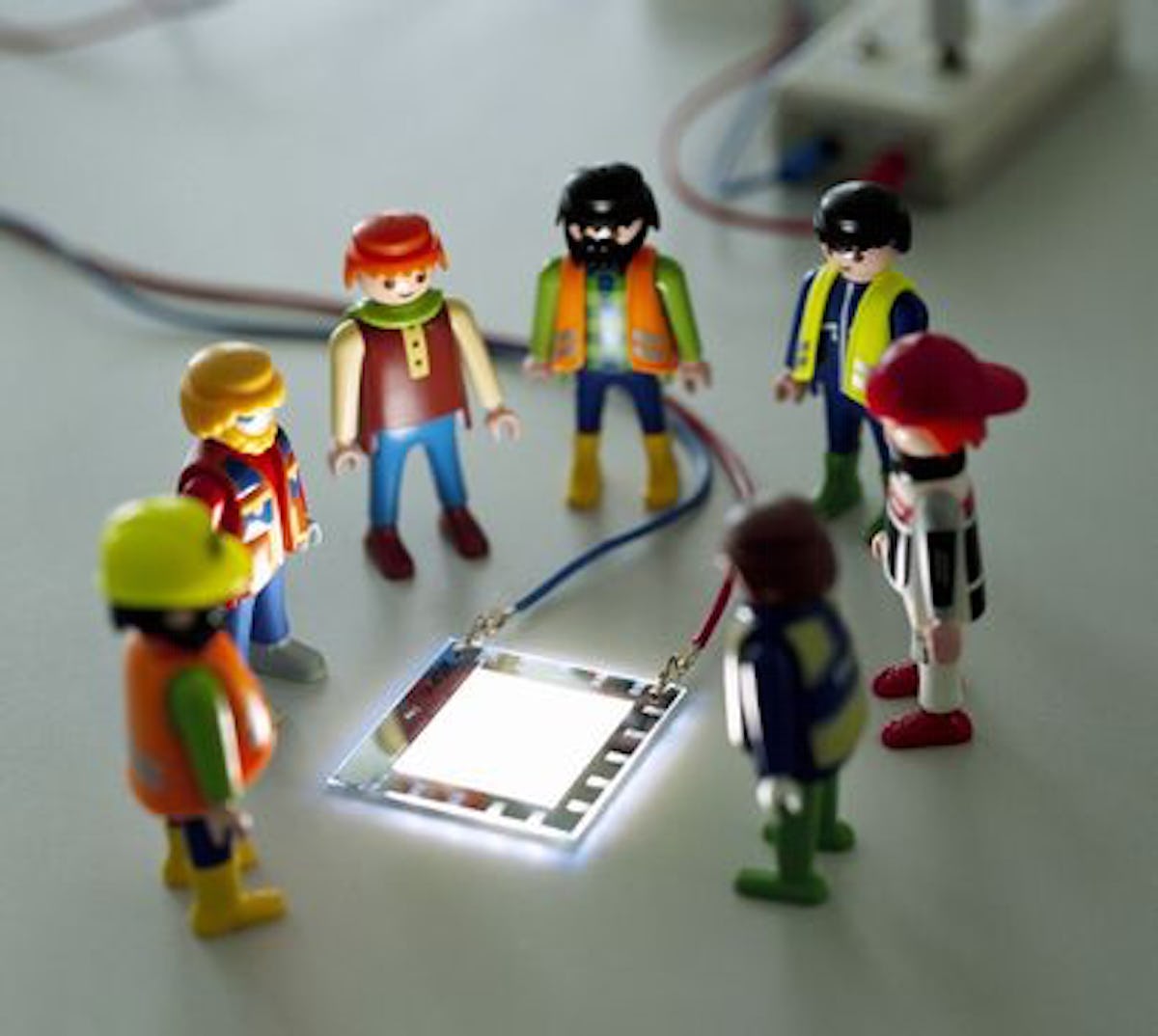 Source: Philips
The light quality of OLEDs can be very good. The white light is coming from the materials without phosphor conversion. 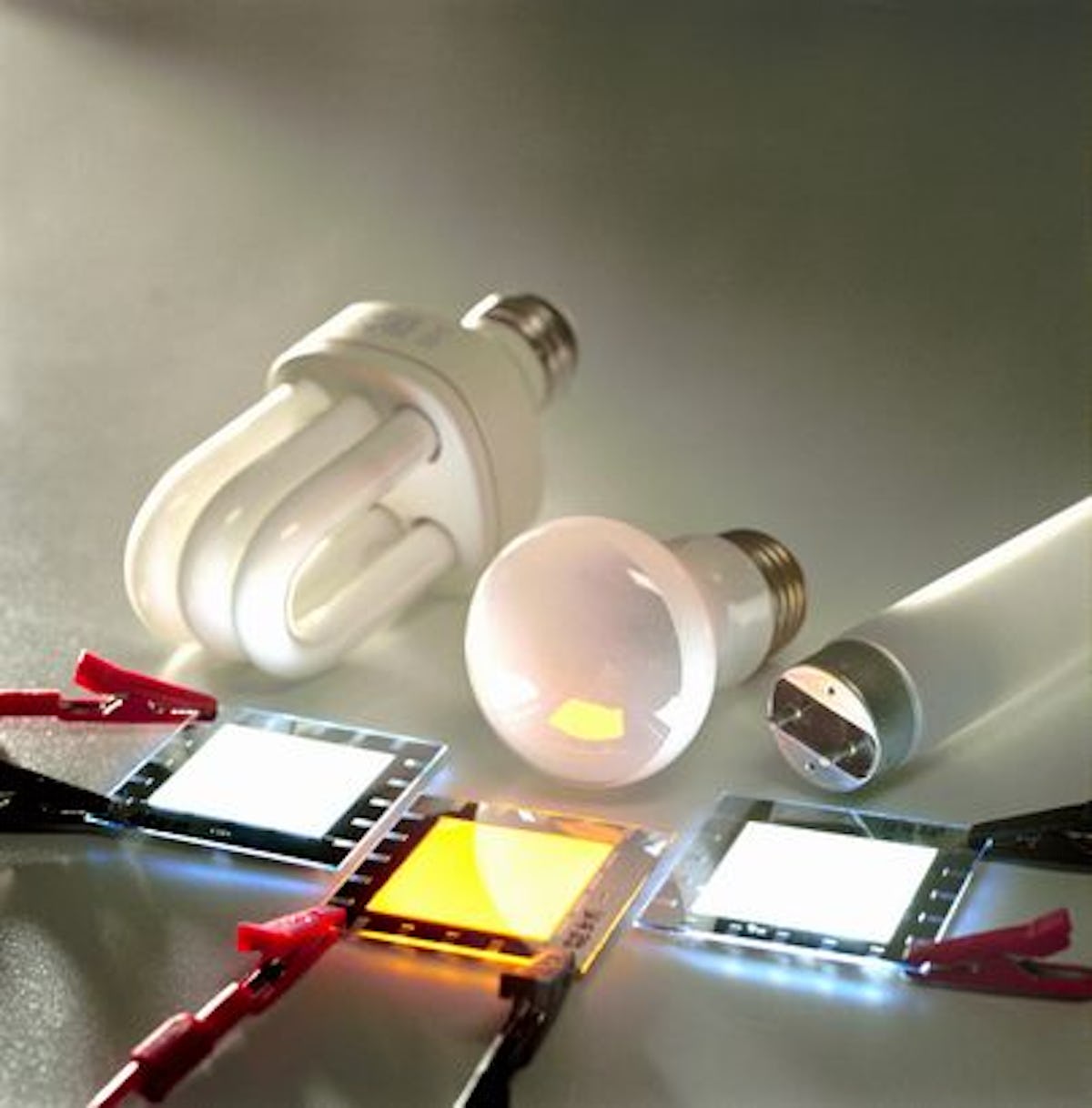 Source: Philips
Four generations of lighting technologies. In one picture: incandescent light bulb, fluorescent TL, compact fluorescent and the new Organic Light Emitting Diode (OLED) in different colors.
OLEDs are worldwide recognized as very a promising future lighting technology for professional and domestic applications. OLED materials are based on organic hydrocarbon complexes and do not make use of mercury, unlike gas discharge lamps. Together with inorganic LEDs, OLEDs have the potential for considerable energy savings in illumination/lighting applications.
OLLA is a joint research project - the consortium consists of 24 entities in 8 European countries and is partially funded under the IST priority (Information Society Technologies) of the European Union's 6th Framework Programme (FP6).
* 'OLLA' stands for high brightness Organic LEDs for ICT & next generation Lighting Application
OLLA project website: http://www.olla-project.org 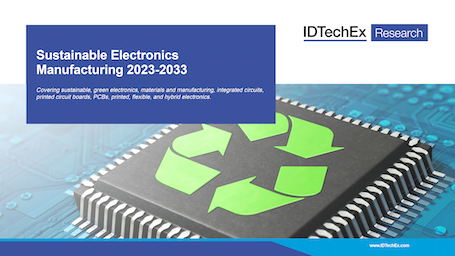