Sony has demonstrated a bendable AMOLED. It is made of thin sheets of plastic and metal to provide the protection against water and oxygen ingress that OLED thin films still require but avoidance of glass means the device is bendable. The 160X120 pixel 6.3 centimeter screen can bend almost into a semicircle while still presenting a satisfactory image. Of course, it demonstrates the many advantages of OLEDs over LCDs such as viewing at acute angles, better colours, no backlighting needed and no pixilation with moving images. Potential uses and life - Achilles heel of OLEDs - were not mentioned.
The largest potential market for OLEDs is for flexible versions rather than ones that are merely bendable. Flexible versions will be fashioned into shutter type displays that unwind from mobile phones and other devices and spring back into the device when not in use. A closely allied capability is conformal electronics, as when large light emitting displays give animated images from architectural features such as columns and over the outside of buses. For now, this market is only served by ac electroluminescent displays which cannot act as active - pixel driven - devices but can switch between predetermined patterns and emit a limited range of colours.
The 2.5-inch sample takes advantage of the organic technology to display 16.7 million colours - more than most small LCD displays - but, being on a plastic layer rather than glass, allows the display to bend and twist without breaking the image. This OLED also delivers a bright 1,000:1 contrast ratio and near-instant response times for video. This is achieved with a panel only 0.3mm (0.01 inches) thick at its bulkiest point.
Though still a prototype at the SID Symposium in Long beach California in late May 2006, and limited to a relatively low QVGA (160x120) resolution, Sony expects that its new OLED will result in more portable and viewable handhelds, such as media players, that can withstand real-world use more successfully than present devices. Sony has opted out of predicting when the technology would filter into final products.
By contrast, the rigid glass OLEDs of Sony have the following features: 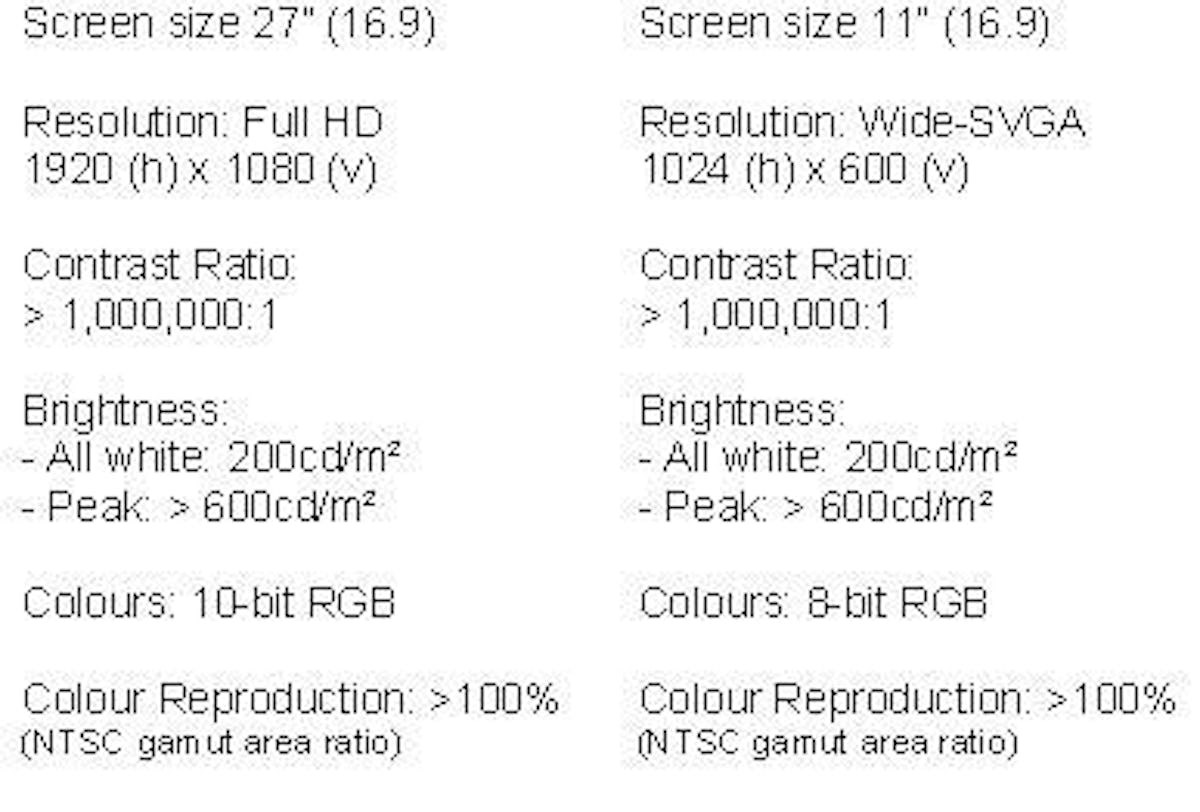