Plastic image sensor to be demonstrated at Printed Electronics USA

ISORG will demonstrate a working plastic image sensor at Printed Electronics USA next week in Santa Clara. The device was developed in collaboration with Plastic Logic, combining ISORG's organic photodetectors (OPD) with Plastic Logic's organic thin-film transistor (OTFT) backplane.
OTFT backplanes have been previously used to make flexible displays for e-readers. But the technology can now be applied to perform pixel readout in a large area image sensor.
Laurent Jamet, Co-Founder and Director of Business Development at ISORG said that the sensor will be demonstrated live at their booth during the tradeshow at Printed Electronics USA

.
"Thanks to our collaboration with Plastic Logic, we will be able to show at Printed Electronics USA

the world's first live demo of image scanning with a plastic image sensor of 9,000 pixels resolution", he said.
"ISORG and Plastic Logic worked jointly to combine their two technologies of organic photodetector and organic thin film transistor, defining the right interconnection solutions."
The partnership between the two companies was announced earlier in June this year, when they unveiled their work on flexible image sensors for the first time. The device that will be demonstrated by ISORG during the show will have similar specifications, with a 4x4 cm active area and a resolution of 96x96 pixels (375um pitch). 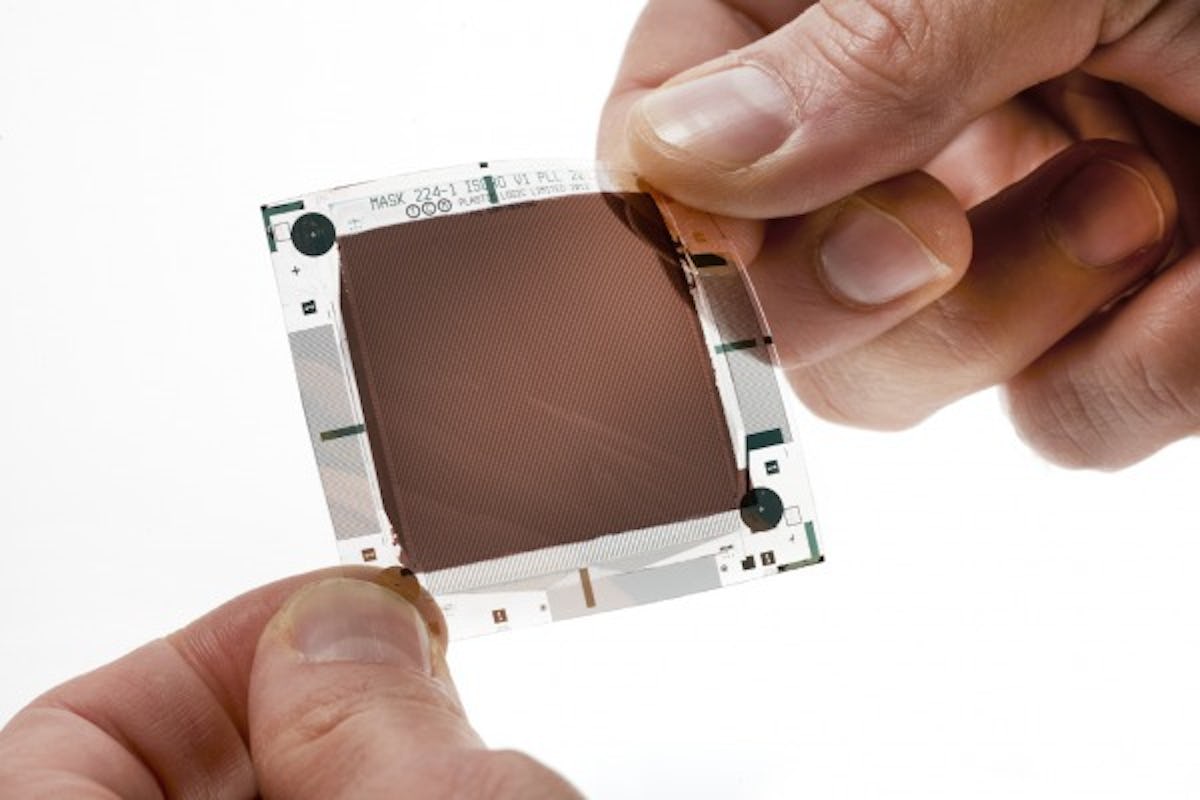 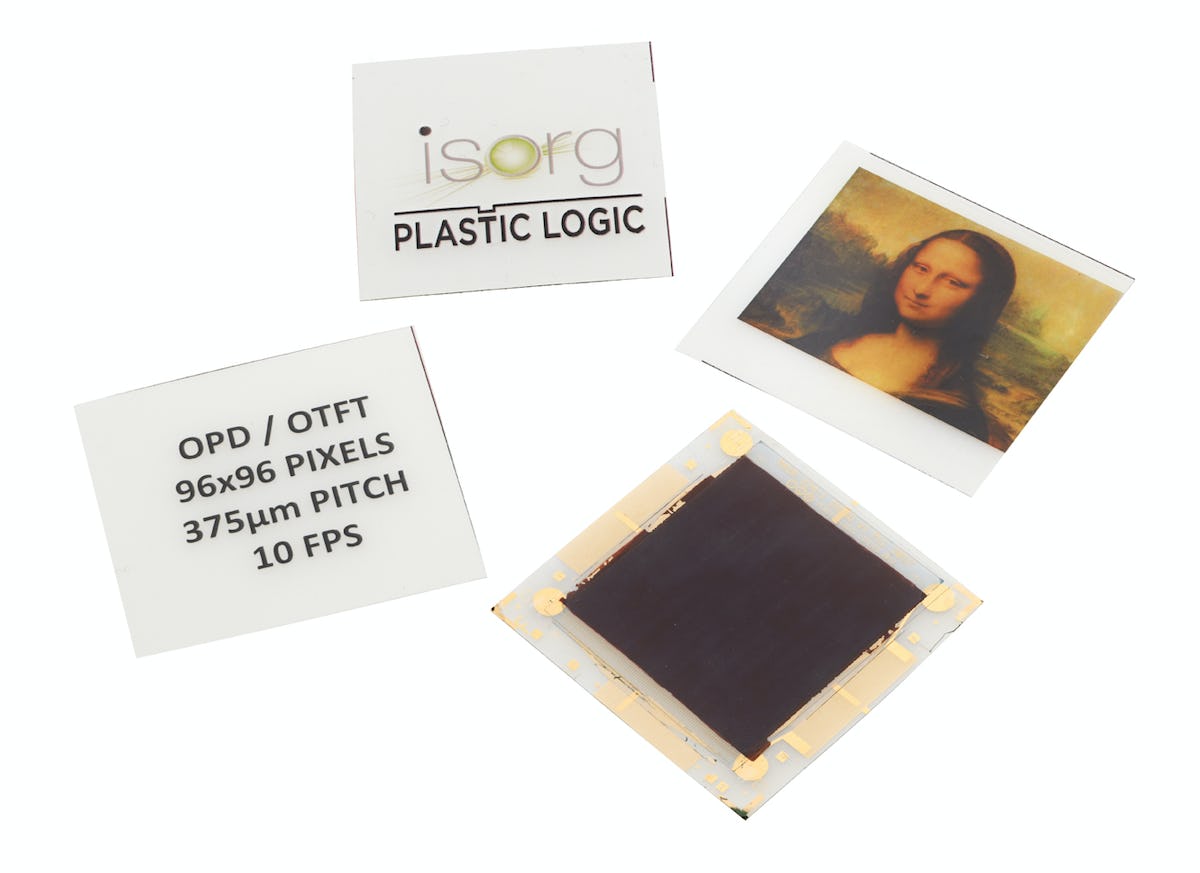 The demonstration will show how the famous Mona Lisa portrait can be scanned without a photographic lens, by placing the picture directly on the large area sensor (as shown on the youtube video). Visitors will also be invited to create their own images.
"The people coming to the booth will be able to scan their name and signature on plastic and see scanning of different objects and pictures", Jamet said.
He added that the technology will first be aimed at replacing sensors that are made on fragile glass substrates.
"The first target application of this technology is for x-ray digital imaging. Plastic sensors will enable to develop lighter, shock-resistant portable equipment."
The company says that plastic image sensors will in the future enable a range of new applications, in areas such as smart packaging, medical equipment, biomedical diagnostics, and fingerprint scanning. They also envision 3D interactive user interfaces for smartphones and tablets.
Although the proof-of-concept device has a relatively low resolution, it demonstrates how two printed electronics components can be combined to create new products. ISORG and Plastic Logic are now working on reducing the pixel pitch.
This plastic-based image sensor is another example of how the field of printed, organic and flexible electronics has matured. Ten years ago the first Printed Electronics USA event attracted only around 150 people and covered early results of R&D projects with new materials. Year after year, the event has grown to include wider variety of applications and real examples of commercial products.
This year, Printed Electronics USA will have more than 160 exhibitors and over 1,800 attendees are already registered. In contrast to ten years ago, many of the attendees and speakers are end-users and adopters of the technology.
Printed Electronics USA 2013 will take place on Nov 20-21 in Santa Clara, CA. For more information go to: www.PrintedElectronicsUSA.com.