Poor Adoption of ITO Replacements - Why?

Indium tin oxide is used for transparent electrodes in OLEDs, photodetectors, electroluminescent displays, electrophoretic displays, light emitting transistors and other purposes. Indeed, Indium is even more generally used in printed and thin film electronics, the CIGS photovoltaics being widely commercialised in 2007 being a particularly large potential user of indium.
The indium price is volatile but the general trend is from $60 per kilogram three years ago to $1000 today. Most believe that $10,000 per kilogram will be reached in due course and that will make the material an expired resource for most practical purposes. Armin Reller of University of Augsberg Germany calculates that the date is only 5-10 years from now.
There is more. ITO is typically applied by expensive vacuum sputtering and it is brittle. It even damages OLEDs by migrating with oxygen into the delicate semiconductors. The good news is that there has been a flood of proposed alternatives in the last year. The bad news is that very little ITO has been replaced. Some of the proposals are shown below. 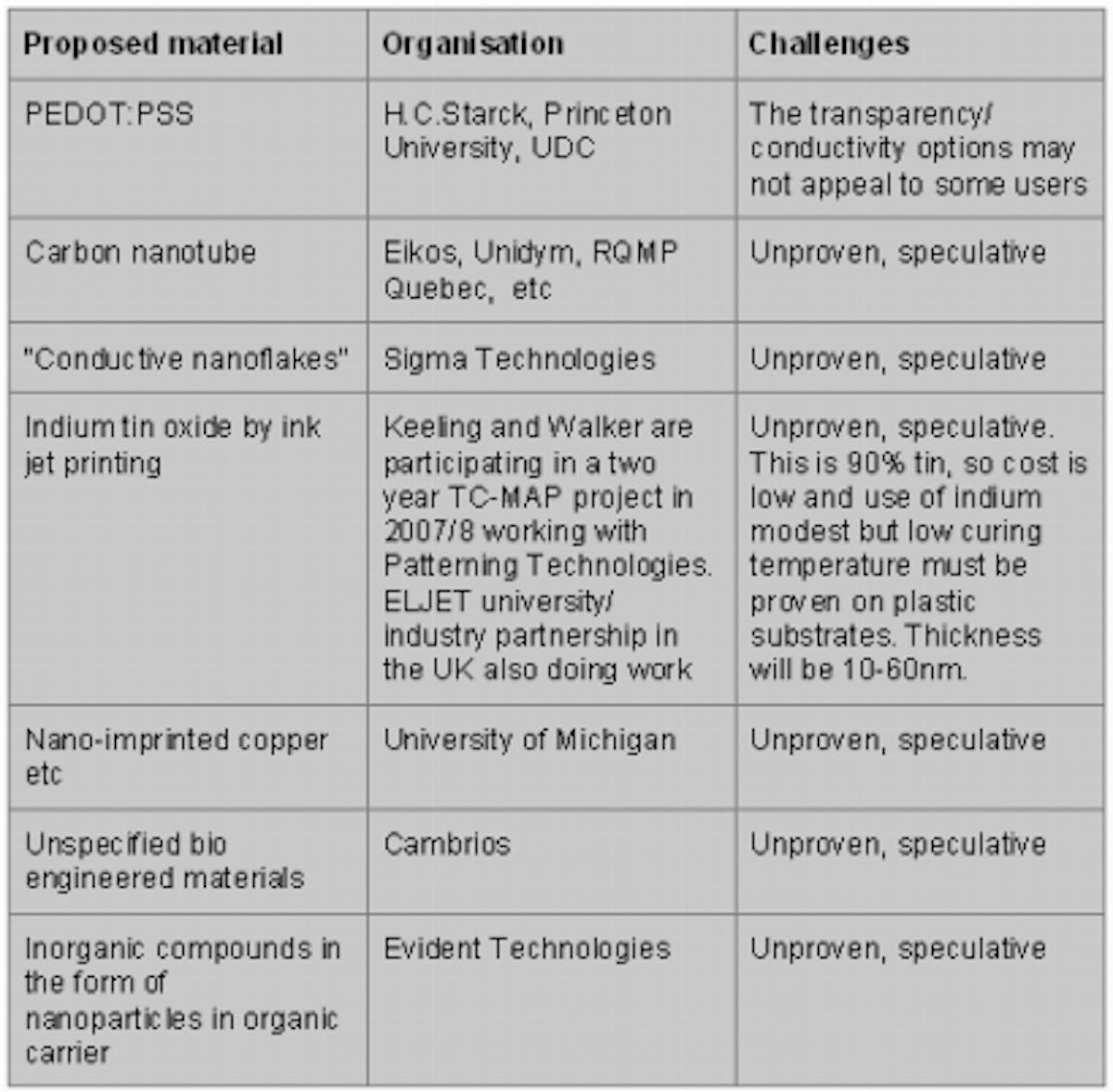 Source: IDTechEx
Furthest progressed is use of PEDOT. The pan European OLLA OLED lighting project has successfully used the material to replace ITO in experimental white OLEDs on rigid substrates as has Princeton University with an OLED display. However, market penetration is minimal as yet. Meanwhile, several organisations say they can print ITO to get over the problems of sputtering. Violins on the Titanic?
For more attend the following conferences which will have sections on the vital topic of replacement of rare materials:
Printed Electronics Asia 2007
Printed Electronics USA 2007