Researchers claim to have created the first prototype of a new design for semiconductors, devices in which transparent electronics are built on top of a flexible transparent base. This promises a step closer towards flexible color screens for consumer electronics, e-paper and "heads-up" displays in auto windshields.
The transistors are made of single "nanowires" or tiny cylindrical structures that were assembled on glass or thin films or flexible plastic. 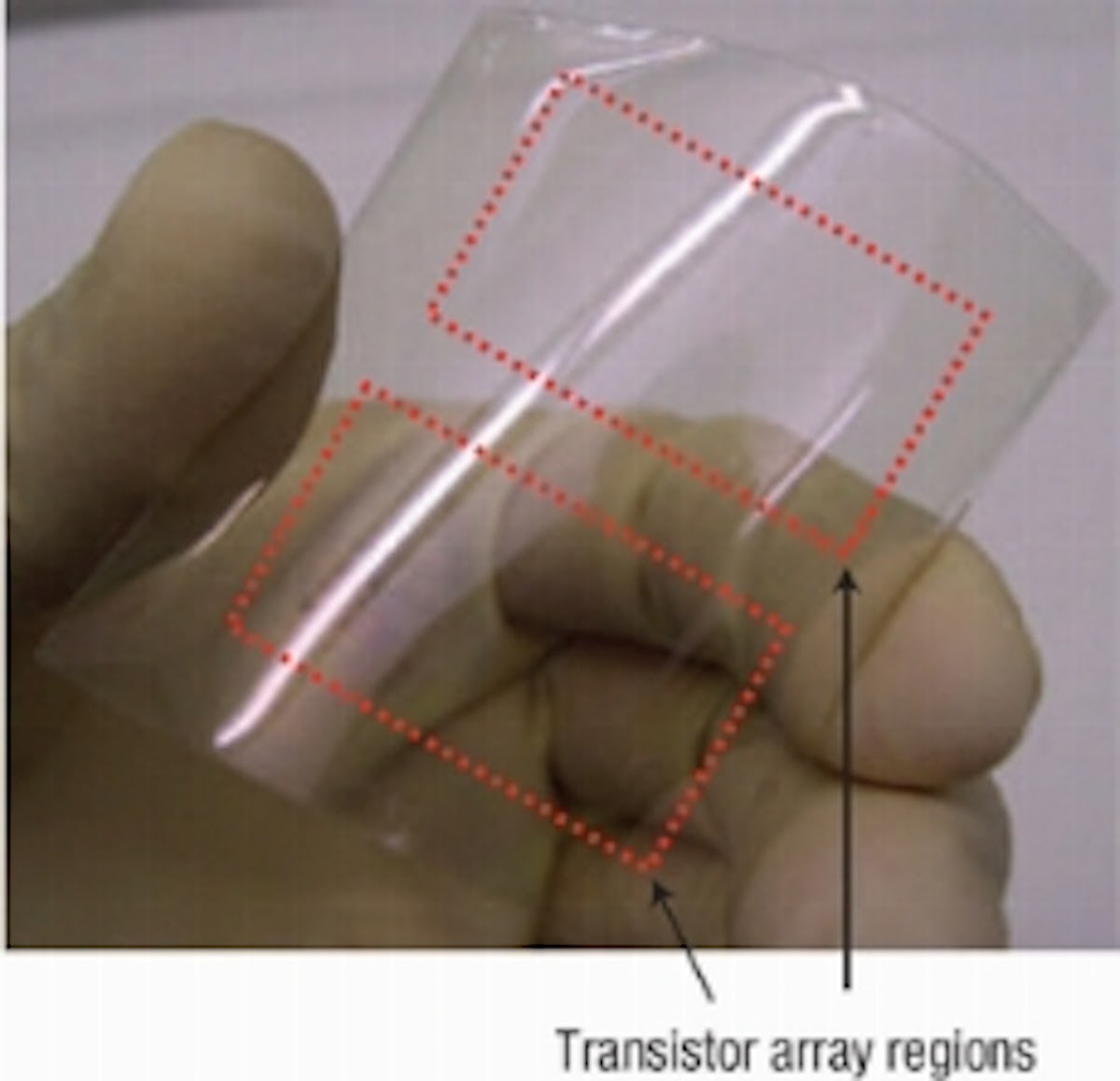 "The nanowires themselves are transparent, the contacts we put on them are transparent and the glass or plastic substrate is transparent," said David Janes, a researcher at Purdue University's Birck Nanotechnology Center in the USA and a professor in the School of Electrical and Computer Engineering.
"Other researchers had previously created nanowire transistors, but the metal electrodes in the transistors were non-transparent, which made the overall structure opaque," said Tobin J. Marks, the Vladimir N. Ipatieff Professor of Chemistry and a professor in the Department of Materials Science and Engineering at Northwestern University in the USA.
"Our study demonstrates that nanowire electronics can be fully transparent, as well as flexible, while maintaining high performance levels," Marks said. "This opens the door to entirely new technologies for high-performance transparent flexible displays."
Findings were detailed last month in a research paper in the journal "Nature Nanotechnology".
The main areas of application include transparent displays for uses such as eyeglasses, visors and heads-up displays on windshields enabling drivers to see information without looking down at the dashboard; flexible displays for future "e-paper," promising to allow full-motion video; and transparent and flexible electronics for RFID tags, electronic bar codes and smart credit cards, which resemble ordinary credit cards but contain an embedded microprocessor.
The nanowires were made of zinc oxide or indium oxide. Although nearly all the publicity for nanowires concerns carbon, they have been made of many inorganic materials including gold, platinum, silicon, indium phosphide andgallium nitride. Inorganic nanowires are showing useful laser emission, for example.
Unlike conventional computer chips, the thin-film transistors could be produced less expensively under low temperatures, making them ideal to incorporate into plastic films, which melt under high-temperature processing.
The nanowires are transparent because they are made of materials that do not absorb light in the visible range of the spectrum. In conventional electronics, transistors are connected to the rest of the circuitry by tiny lines of metal that act as wires. But in the new approach, the nanowires are the transistors.
"This is a different kind of wire," Janes said. "It is basically taking the place of the silicon in silicon electronics."
It is claimed that higher performance is realized due to the devices having better "on-off ratio" than previous thin-film technologies, making the new thin-film transistors practical for portable battery-powered devices. However, IDTechEx notes that some other printed transistors have a satisfactory on off ratio of one million.
The new nanowire transistors could be used to create electronics based on OLEDS which are now used in cell phone and MP3 displays and the newest television sets, say the researchers.
The technology could also be used to create new flexible antennas that unfurl like a sail and aim their signals more precisely than current antennas. This could be useful for certain military communications when you would want to transmit in a tight beam to only one other soldier.
The new transparent technology has been shown to have carrier mobilities similar to those of conventional computer microprocessors, meaning electrons travel in the devices at nearly the same speed as current consumer electronics but in a low-cost, flexible package. This is a huge advance on current printed electronics where inorganic compounds are the best but stilll have mobilities typically of 4-40 cm2/Vs, well below silicon and limiting the frequency of operation.
Future research is expected to include work to integrate the thin-film transistors into large circuits and to develop ways to interconnect numerous transistors - quite a challenge with this geometry. IDTechEx has written the only in depth report on the new printed and thin film electronics based on inorganic materials. These semiconductors and dielectrics have superior properties to the more popular inorgnic compounds. Inorganic conductors are also covered.
Top image: An array of zinc oxide nanowires
See more information at: www.purdue.edu

For more on printed electronics read Introduction to Printed Electronics