A Step Forward to Printed Power

Demand for power is skyrocketing - as the world's population continues to expand, the developing world rapidly industrializes and more and more everyday devices, systems and structures go digital.
"Of the almost four terawatt energy market, renewables currently make up only one percent. Of that, solar is 0.1 percent, yet it's a $5 billion industry, predicted to grow at 35 to 40 percent annually for the next decade. The trend toward distributed power generation is increasing opportunities for energy technology innovators to propel renewable energy forward to a much more prominent role in meeting the world's consumption needs," states Konarka, the company created from work at the University of Massachusetts, Lowell, and the US Army's Natick, Massachusetts Laboratory . 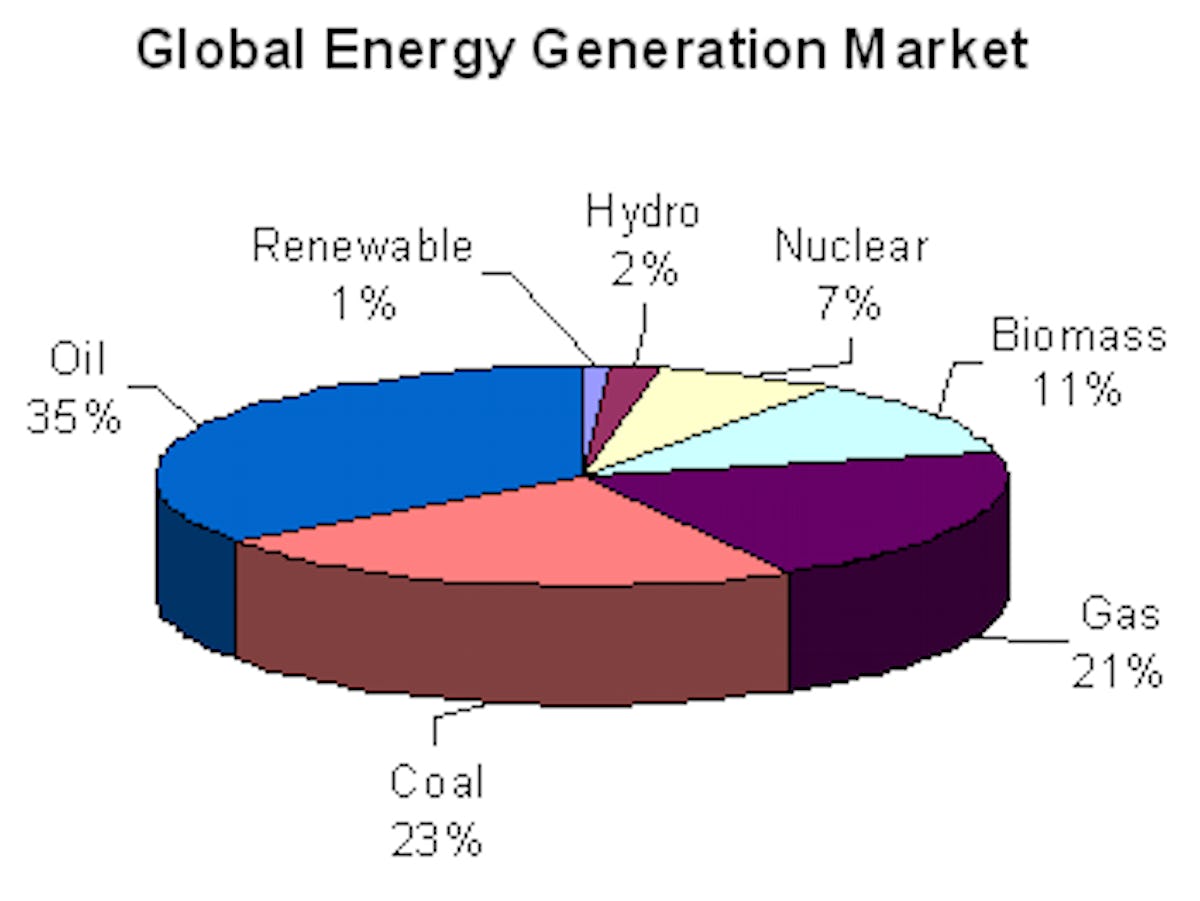 Source: Konarka
In the USA they are taking steps to increase the domestic supply of energy, including alternative and renewable sources and have set up "The Solar America Initiative" (SAI) as part of President Bush's Advanced Energy Initiative, which provides for a 22 percent increase in funding for clean-energy technology research at the Department of Energy. Its goal is to make solar energy cost-competitive with conventional forms of electricity by 2015.
Thin film Photovoltaics (inorganic compound or organic) represent the most promising technology for significantly beating the cost of conventional solar amorphous silicon electrical systems - both up front cost and cost per watt. These technologies have the potential to provide low cost solar power by using non-silicon solar cells and low cost plastic substrates. Traditional silicon cell manufacturers have been constrained by the shortage of silicon, high prices of silicon, its weight and fragility and the difficulty of processing it.
But one of the main problems of mass producing cheap flexible photovoltaic structures such as those employing organic semiconductors for commercial products, is the inefficiencies in the solar cells, particularly organic ones - but this may be about to change.
Scientists at the Center for Polymers and Organic Solids at the University of California, Santa Barbara have moved a step forward in increasing efficiency for solar cells made from organic materials.
As we noted in our article, "When will Organic Photovoltaics be Viable?, Nobel laureate Alan Heeger, professor of physics at UC Santa Barbara, worked with Kwanghee Lee of Korea and a team of other scientists to create a new "tandem" organic solar cell with increased efficiency. The discovery, explained in the July 13 issue of the journal Science, marks a step forward in materials science.
Tandem cells are comprised of two multilayered parts that work together to gather a wider range of the spectrum of solar radiation - at both shorter and longer wavelengths. "The result is six and a half percent efficiency," said Heeger. "This is the highest level achieved for solar cells made from organic materials. I am confident that we can make additional improvements that will yield efficiencies sufficiently high for commercial products." He expects this technology to be on the market in about three years.
Heeger and his colleagues say that new developments in "plastic" solar cells, particularly chemical modifications to titanium oxide layers, could provide efficiencies of up to 15 percent in the future.
The new tandem architecture that they discovered both improves light harvesting and promises to be less expensive to produce. In their paper, the authors explain that the cells can be fabricated to extend over large areas by means of low-cost printing and coating technologies that can simultaneously pattern the active materials on lightweight flexible substrates.
"Tandem solar cells, in which two solar cells with different absorption characteristics are linked to use a wider range of the solar spectrum, were fabricated with each layer processed from solution with the use of bulk heterojunction materials comprising semiconducting polymers and fullerene derivatives," wrote the authors.
The cells are separated and connected by the material TiOx, a transparent titanium oxide. This is the key to the multilayer system that allows for the higher-level efficiencies. TiOx transports electrons and is a collecting layer for the first cell. In addition, it acts as a stable foundation that allows the fabrication of the second cell, thus completing the tandem cell architecture.
Earlier this year researchers at the Center for Nanotechnology and Molecular Materials at Wake Forest University also announced that they have pushed the efficiency of plastic solar cells to more than 6 percent. Wake Forest researchers described how they achieved record efficiency for organic or flexible, plastic solar cells by creating "nano-filaments" within light absorbing plastic, similar to the veins in tree leaves. This allows for the use of thicker absorbing layers in the devices, which capture more of the sun's light.
But the highest efficiencies to date among a new generation of thin film photovoltaic devices that show promise as a low cost energy source are from researchers in Switzerland who claimed last year to have developed saleable dye -sensitized solar cells. The new cells, composed of an ultrathin film of nano-sized semiconductor crystals such as titanium dioxide, covered in ruthenium doped organic dye, were shown in laboratory studies to produce efficiencies of 11 percent.
An exciting aspect of the latest discoveries is that it is expected to contribute to third world usage of technologies such as laptop computers in areas that are "off the electricity grid."
References: University of California, American Chemical Society, Konarka Technologies
Source of top image: BBC News