The Blackett Laboratory, Imperial College, London, UK and researchers at St Andrew's University in Scotland are investigating semiconducting (conjugated) polymers which are now attracting considerable attention as a new materials class for use in electronics and optoelectronics.
In addition to many other applications, including full color flat panel displays, there is increasing interest in developing these materials as optical gain media for lasers and optical amplifiers, say the researchers. In particular, an important future target is the realisation of an electrically pumped polymer solid-state laser diode. Within EXSS they have a program focussed on (i) detailed characterisation of optical gain and loss properties for polymers with emission in the range 400 - 800 nm and (ii) the fabrication and characterisation of lasers based thereon. 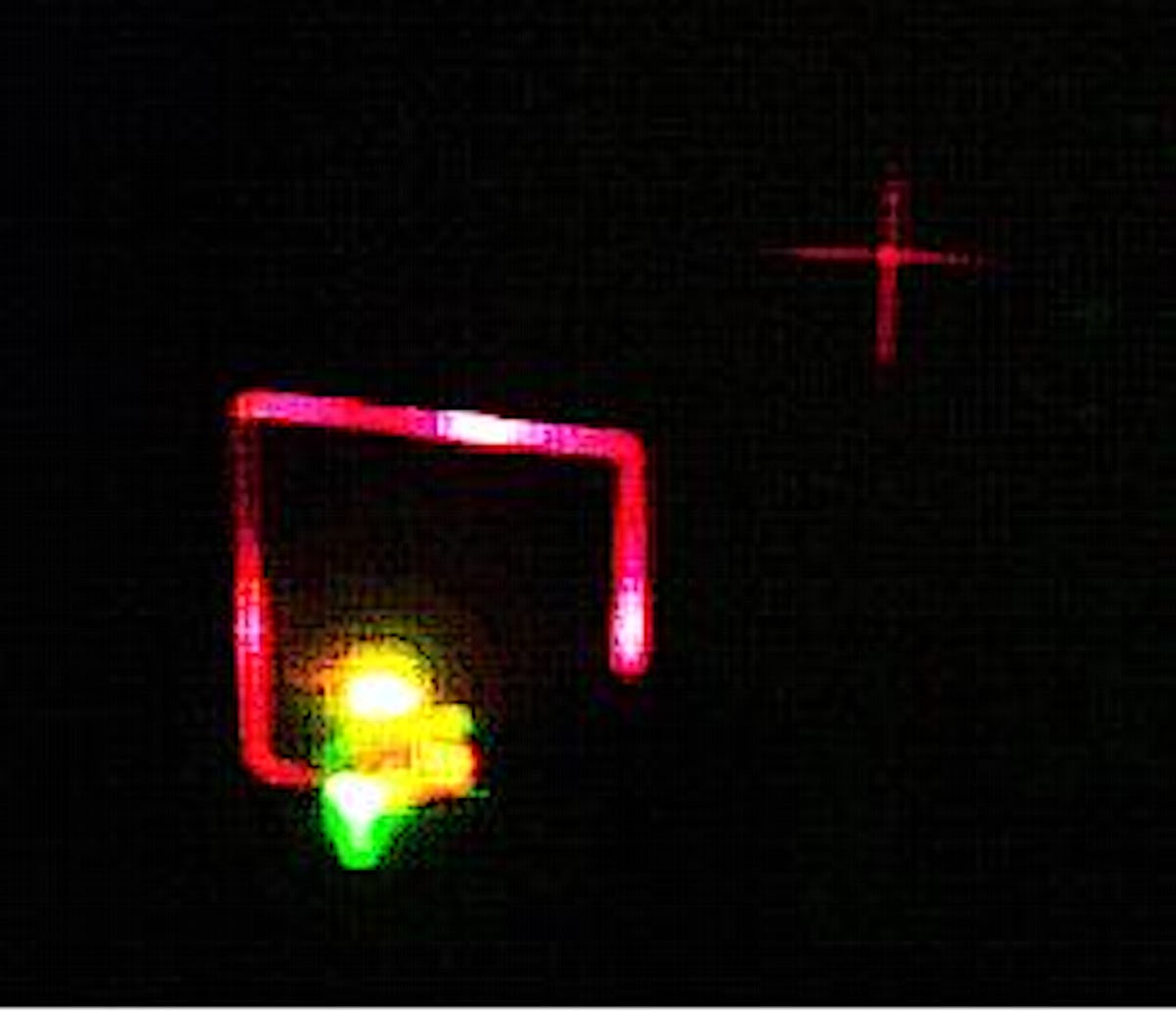 The figure shows a polymer laser in action: the photograph of a red emitting two-dimensional distributed feedback laser. This work results from the Ultrafast Photonics Collaboration with St Andrews University (I.D.W. Samuel and G.A. Turnbull).
Zinc oxide nanolasers
On a different tack, Yiyang Wa of the Department of Chemistry of the University of California USA and researchers at the Centre for Advanced Photonics and Electronics CAPE at Cambridge University in the UK are independently studying zinc oxide nanowires as lasers.
Yiyang Wa has developed a novel microfluidic assisted nanowire integration MANI process for the heirarchical assembly of nanowire building blocks into functional devices and systems. The composition, diameter, growth position, and orientation of these nanowires can be controlled based on a vapor-solid-liquid VSL growth mechanism.
Source of top image: www-building.arct.cam.ac.uk
For more information attend Printed Electronics Asia 2007 or Printed Electronics USA 2007