IDTechEx has hosted several successful RFID conferences in Tokyo, Japan but the Printed Electronics Asia conference, September 11-12 was a first for them. It was very successful. Indeed, it was sold out, with over 180 people attending and an exhibition. IDTechEx will now do a much bigger conference and exhibition on this subject in Tokyo next year. Many new trends were revealed by the international line up of best-in-class speakers.
For example, although it is popularly believed that open RFID systems controlled by EPCglobal are the only way to go with RFID, Professor Ken Sakamura of Tokyo University is now making major headway with his Ubiquitous ID Center. He said that he is not focussed around supply chain work like EPCglobal, with main attention on UHF tags but instead he is looking more generally and seeking a lower cost service. A trial of user services, enabled by ubiquitous RFID, in the Ginza district from January to March 2007 was very successful in providing aids both to the disabled and to tourists. It involved hand held displays downloading maps, navigation, records of routes taken and a wealth of other useful information including spoken and visual history of interesting buildings. You could even hold the device near a terminal in a subway and get a picture of the scene above without ascending to find out where you are.
Over 10,000 tags helped the disabled to navigate using smart white sticks and smart electric vehicles. The Japanese Ministry of Information has now announced that the scheme will roll out fully in 2009 and the governments of Australia, Thailand, Korea, Singapore, Vietnam and China are behind trials in those countries already. Professor Sakamora's schemes involve passive and active tags of many frequencies and there is nothing equivalent to the 72,000 transistors in an EPC supply chain tag. Indeed, simplicity and very low cost are priorities, chipless tags will be embraced and many famous Japanese suppliers of RFID are heavily involved. Membership is already modestly priced and number issuance will be carried out at very low cost, they say. Both UID and EPC already seek to serve such applications as anti-counterfeiting of drugs, so collision is inevitable.
IDTechEx believes that the fears in East Asia that EPCglobal is American controlled are unfounded but we do acknowledge that other aspects of the UIC approach are very relevant to the needs of the marketplace.
Photovoltaics the first big rollout?
The conference certainly gave the impression that the first multibillion dollar sales of printed electronics may be photovoltaics. Thin film cadmium sulphide photovoltaics has attracted over one billion dollars of business in the last few months and Copper Indium Gallium DiSulphide CIGS photovoltaics has led to the most factories being built, Nanosolar even ink jet printing them. However, Dye Sensitised Solar Cells DSSC have so many uniques that they will also carve out a big niche and Konarka gave a masterly summary of the big picture and their approach based on both DSSC, where their UK joint venture is already ink jet printing them and organic PV which is fast becoming a commercial prospect too, but for different markets. Konarka calls its organic product Power Plastic and Toppan Forms in Japan is a new partner in developing applications. Leonhard Kurz in Germany is also a partner. Some slides are shown below. 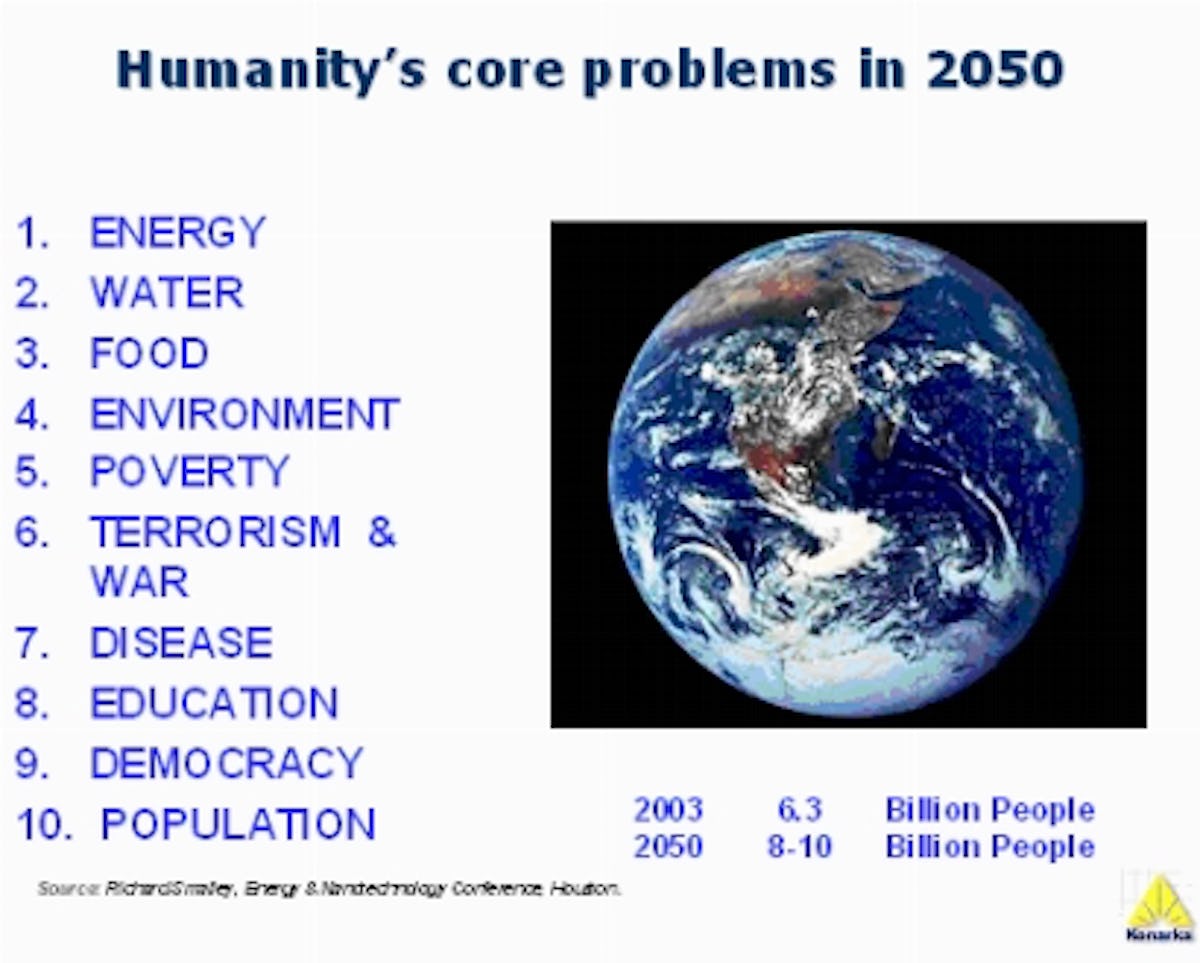 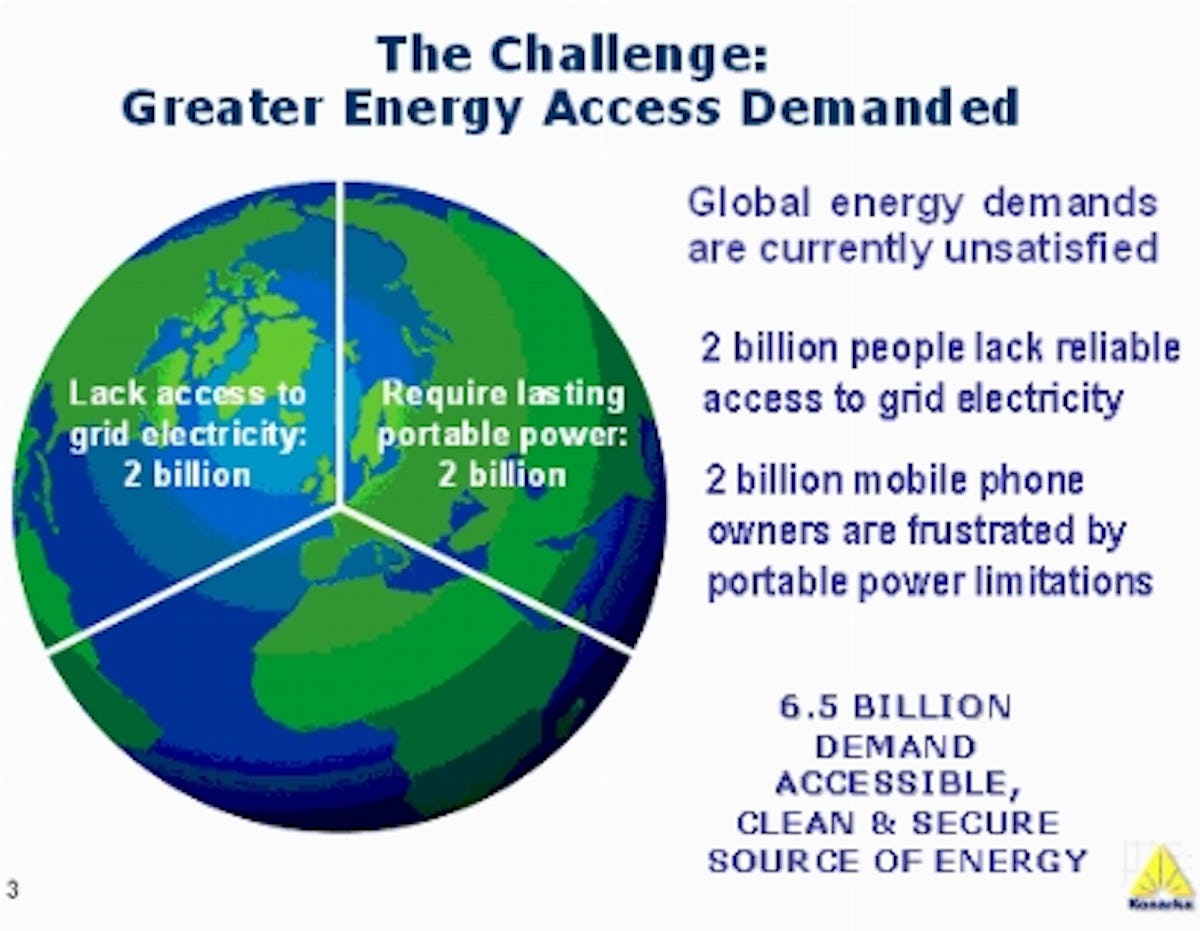 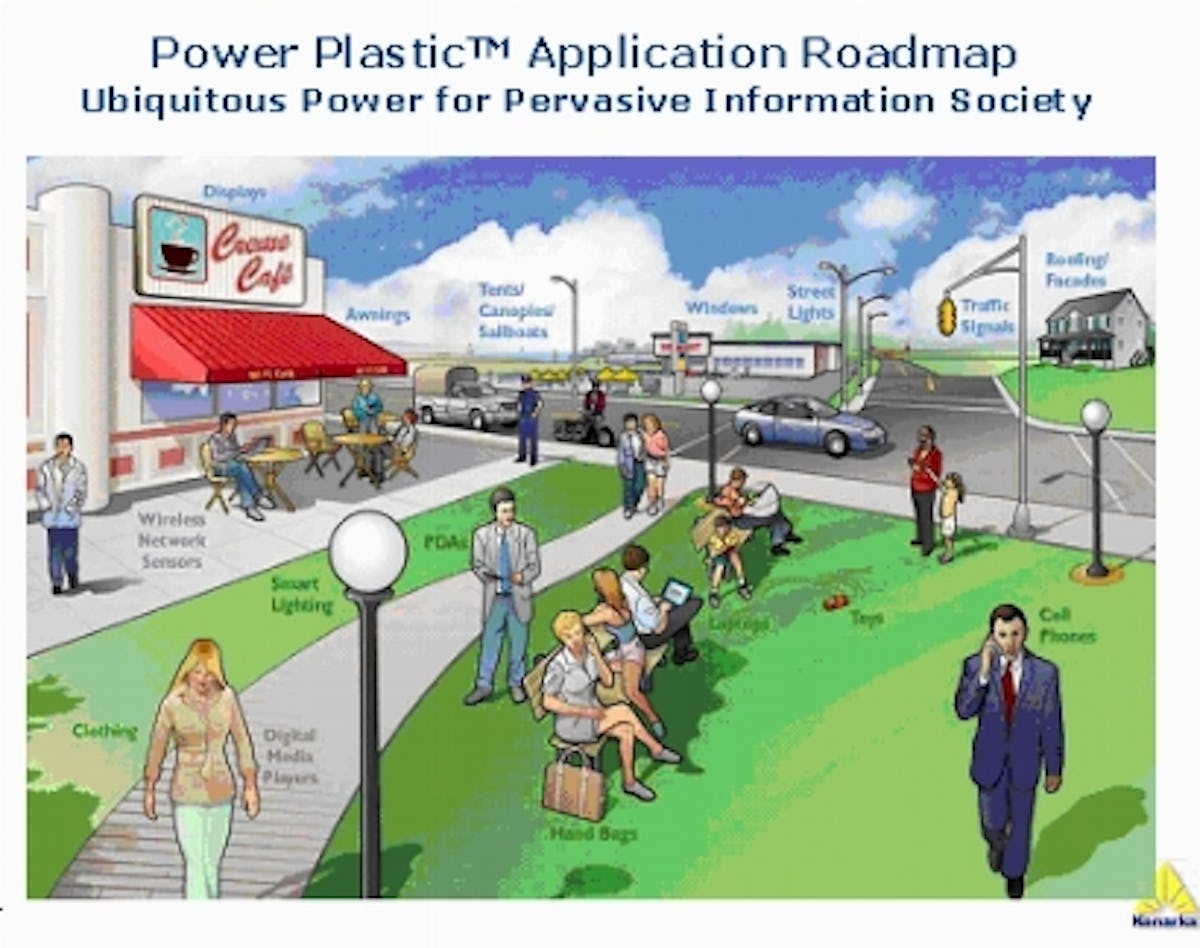 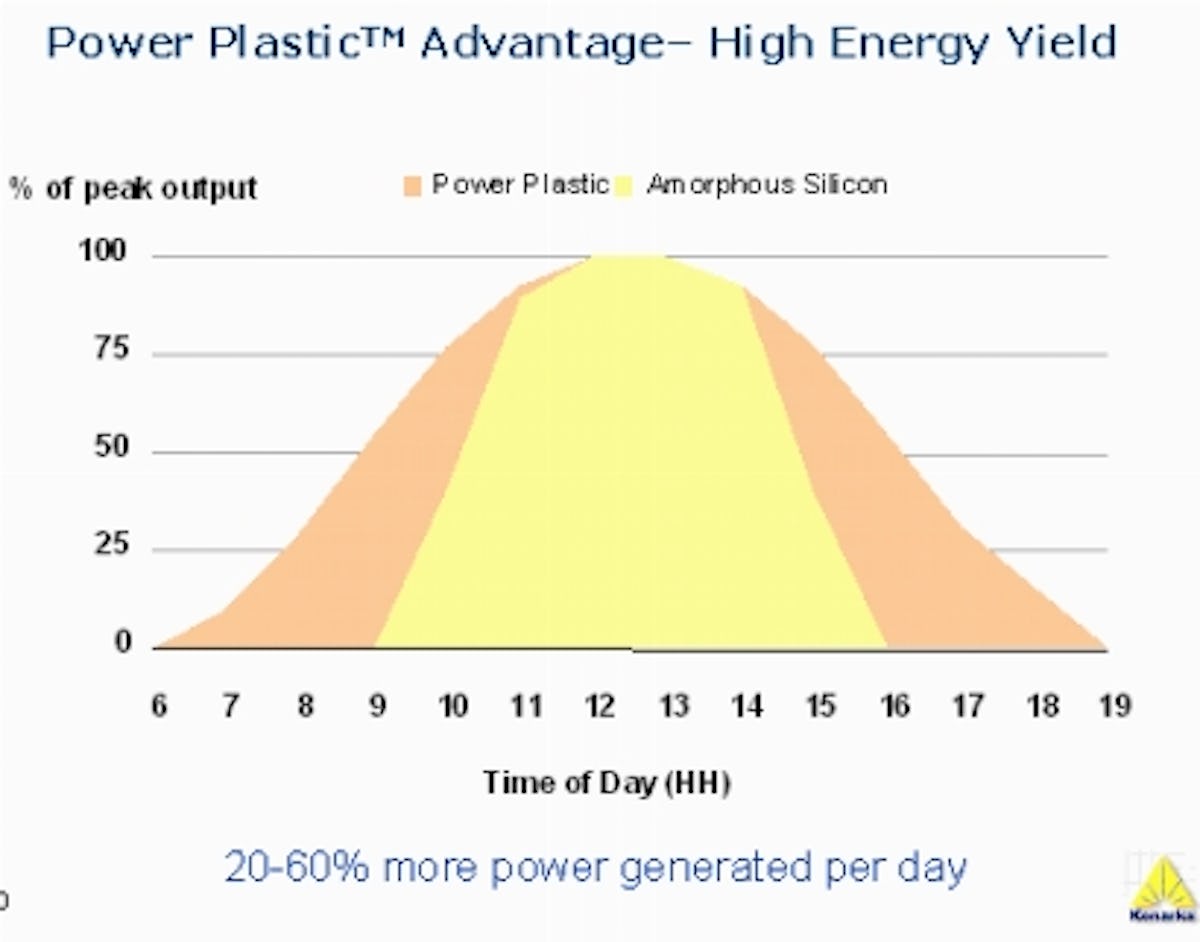 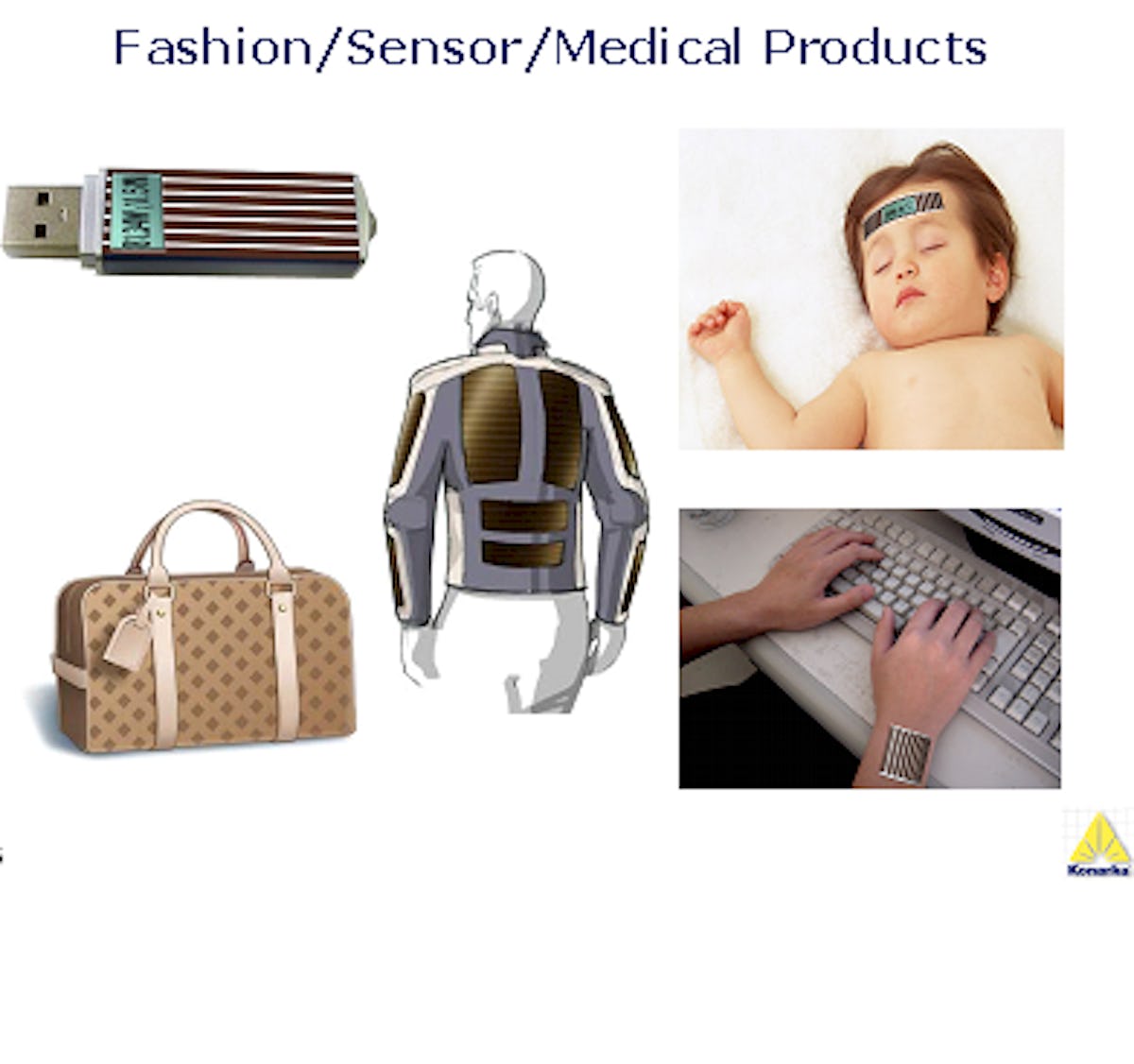