The RFID business has many price insensitive applications. For example, at the IDTechEx RFID Europe conference at Cambridge University 18-19 September 2007, BP described an active RFID system tracking employees in 3D and costing $1000 per person, considered very good value because safety was at issue. However, the high volume RFID market has been impeded by the cost of silicon chips (the cheapest silicon chips have cost the same for 30 years) and something of a false start with antennas where the silver price has made some of those printing silver antennas revert to etching copper or aluminium and other alternatives. Most players have found it difficult to by pass the intermediate stage of inlays and straps that are assembled into labels. However, several first announcements at the conference were significant in this respect. Firstly, to address what remains the most popular RFID frequency by far - HF 13.56 MHz - where antennas must be of fine definition and highly conductive, because they are tuned, Dr Nick Hill of Cambridge Resonant Technologies in the UK has invented a method of enhancing range by 50%, or alternatively radically reducing size and cost. 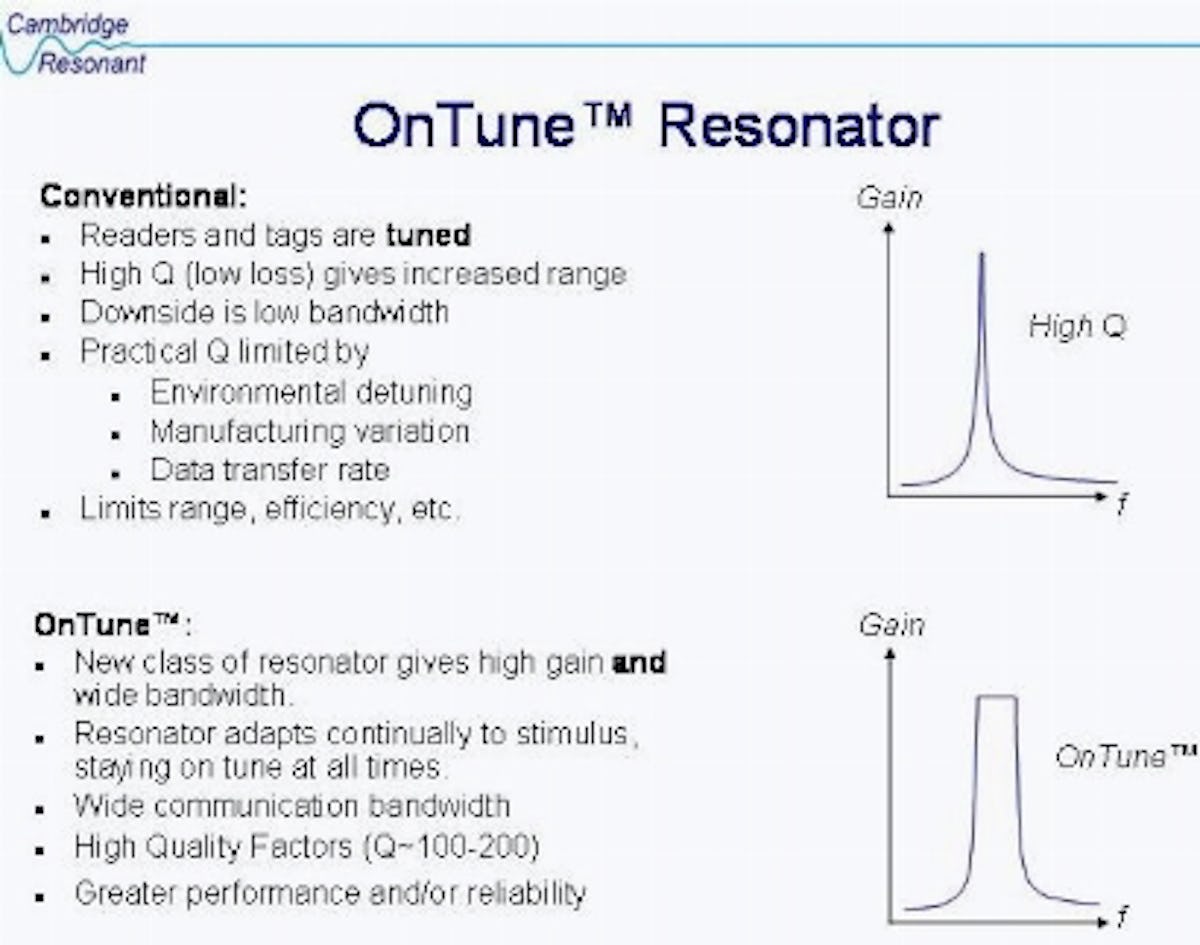 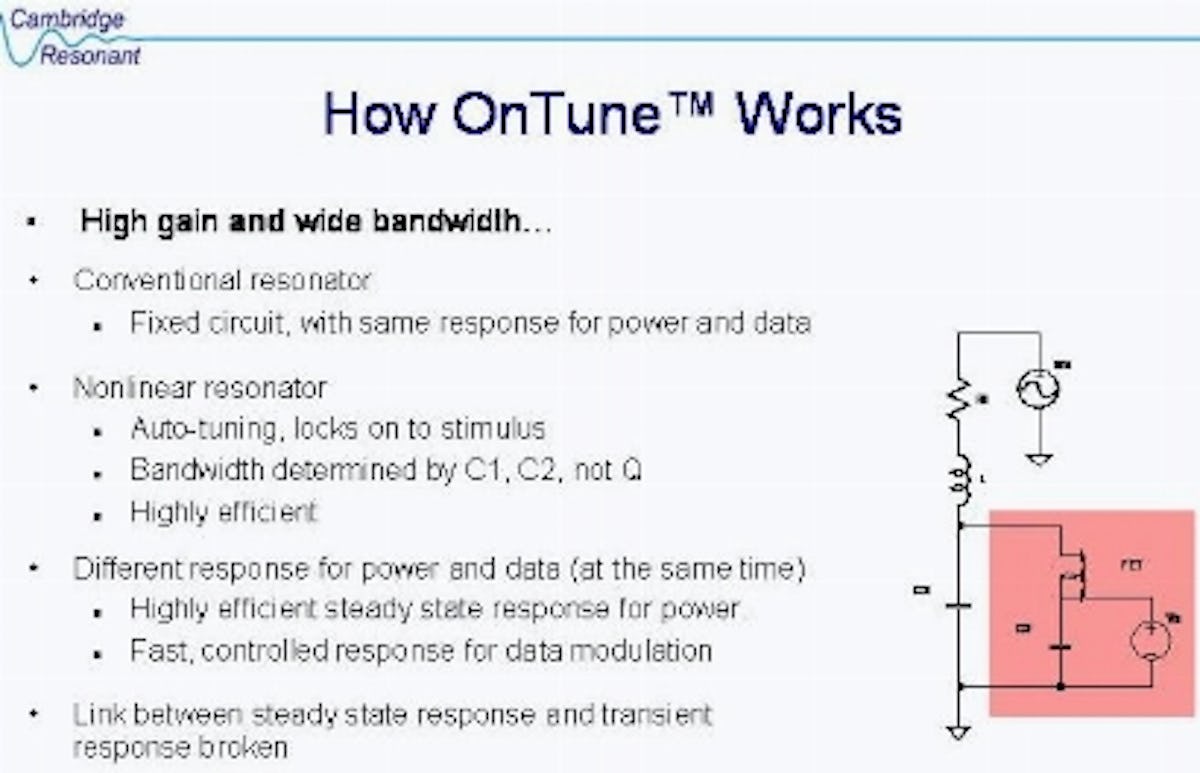 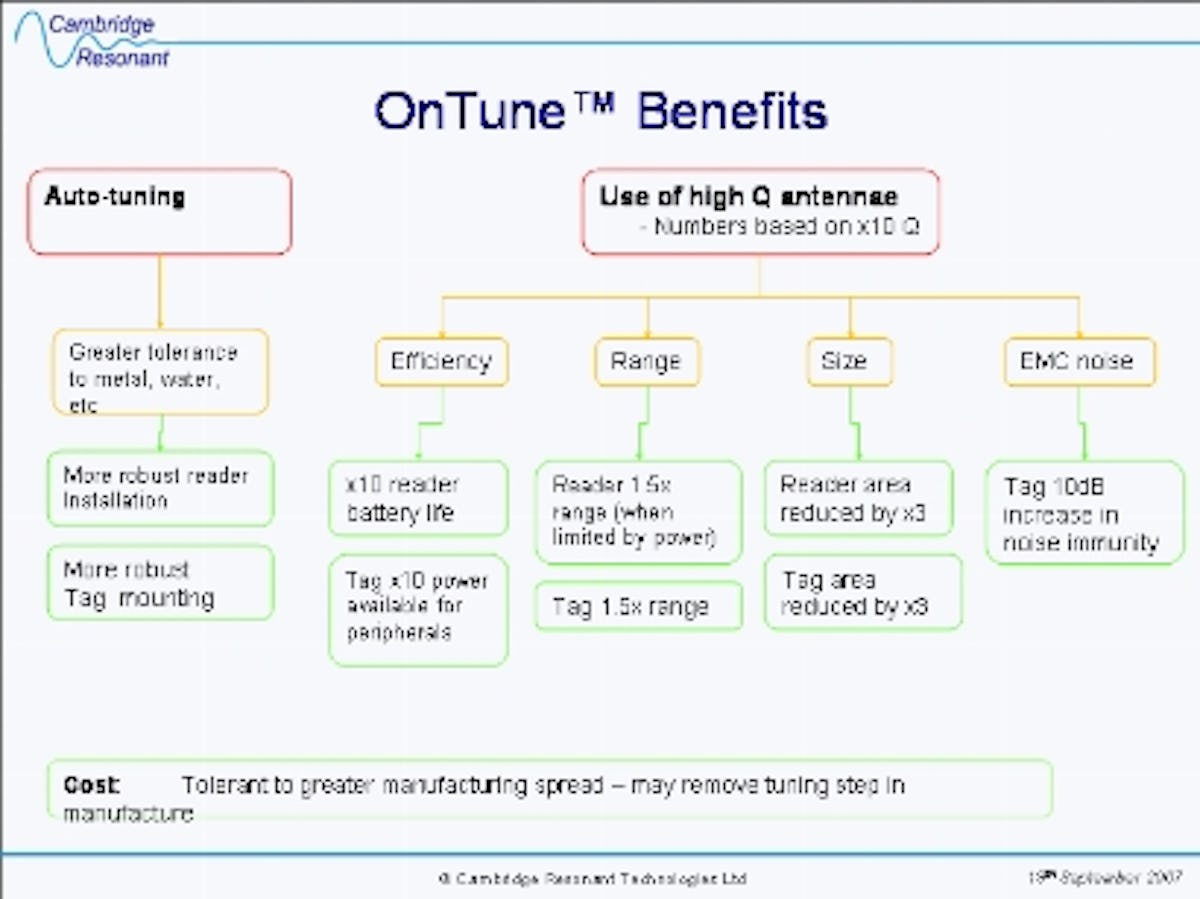 A small number of low cost components are needed and it is possible that these may perhaps be printed using today's printed Field Effect Transistor FET technology. The principle can be applied to readers, LF and, to some extent, even to active tags. One benefit is that the antenna can be cruder. This then opens the door to David Potter of Additive Process Technologies, another UK startup, who showed us how to electroplate 0.13 cent antennas onto paper under the title "A Contribution to the One Cent Tag Target". Its features are described as: 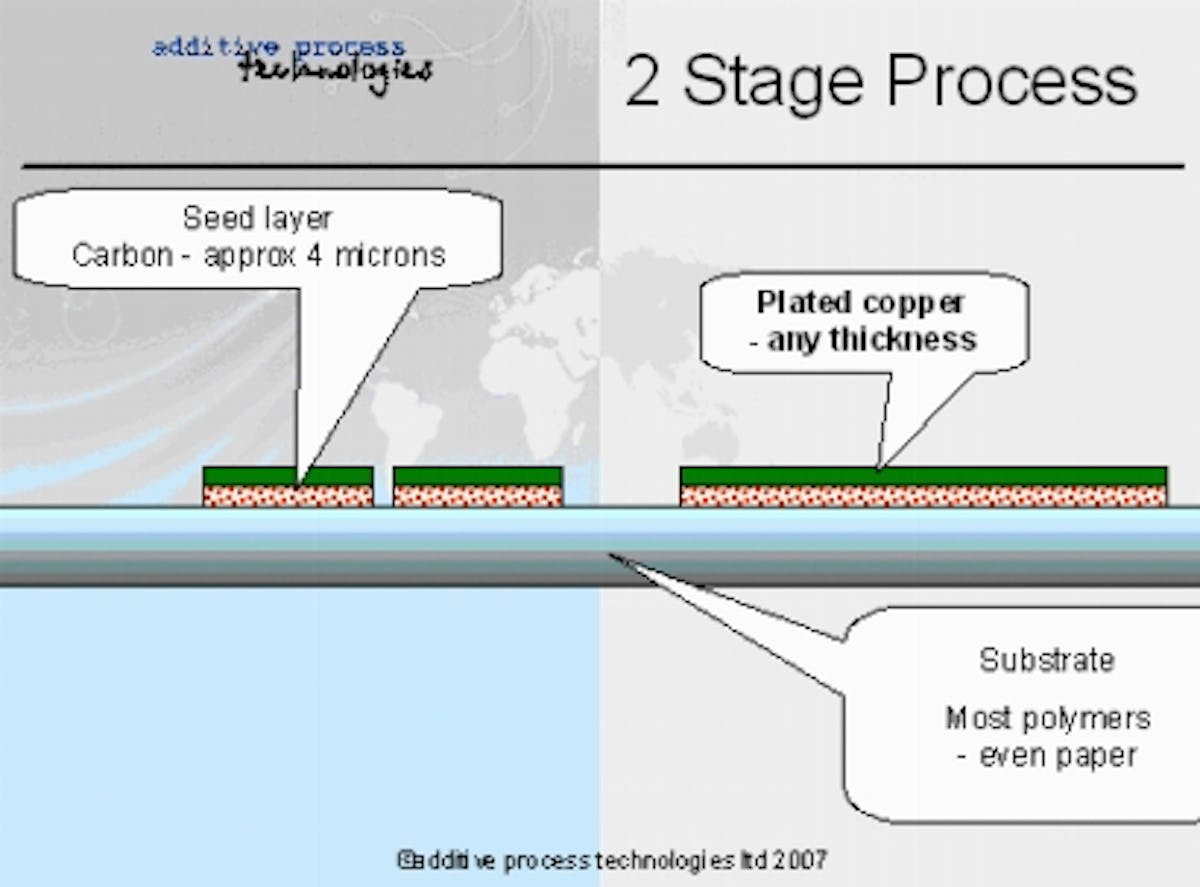 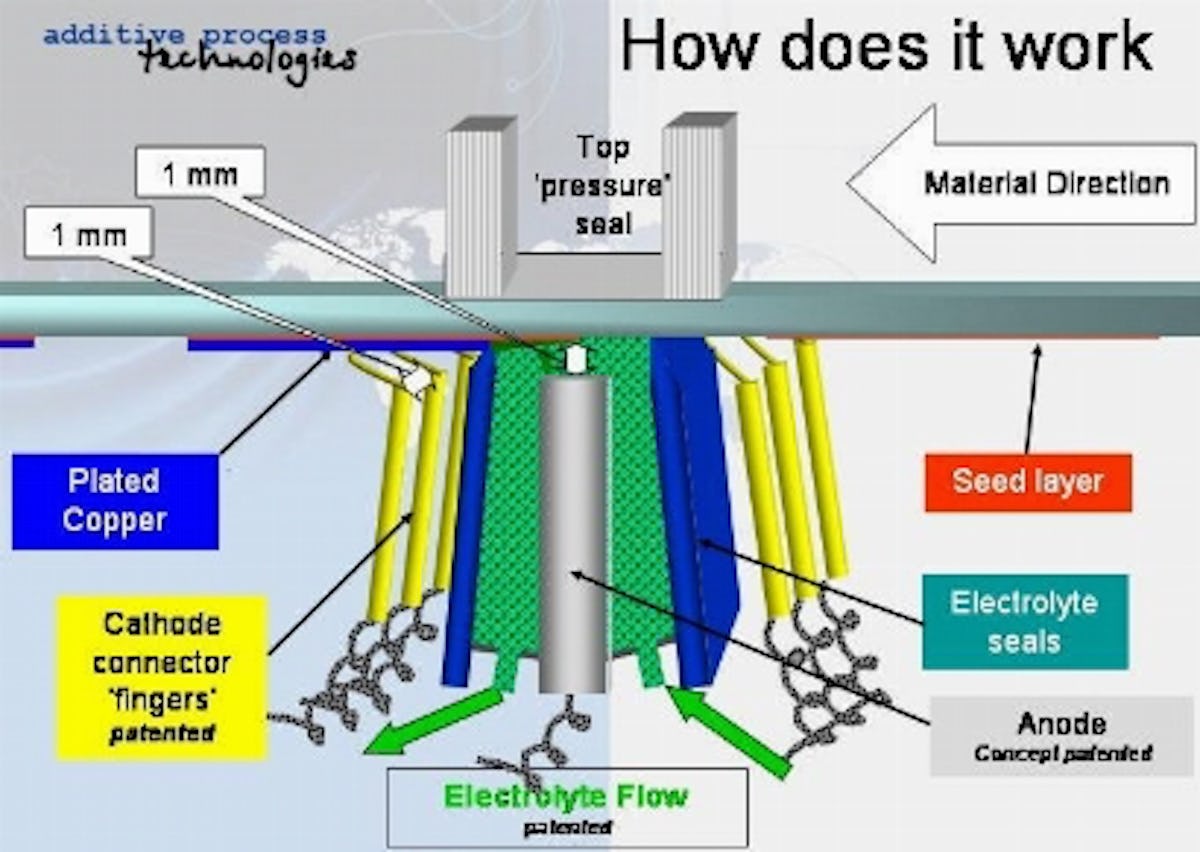 Both inventions are so counterintuitive that many in the audience disbelieved the speakers but they have proof that their inventions work. A lot hangs on this. For example, the NFC specification for RFID enabling phones operates worldwide at HF under ISO standards but although Trevor Crotch Harvey of IDTechEx, in his presentation, pointed out that 40 million Japanese are now happily using such phones for access and to buy things there are problems with phones getting smaller and the space for the tag reducing while longer range is sought. Nick Hill's invention should help here.
Indeed, these breakthroughs address many other challenges. Nick Hills' On Tune™ technology works at low frequency where RFID is used on and in animals, assets, surgeons tools and so on. David Potter's technology is useful for interconnects and the whole world of ultra low cost biodegradable printed electronics. It is not restricted to copper. Of course, for the highest volume of all - trillions of RFID tags at 0.1 cent rather than billions at five cents, we need to eliminate the chip altogether and it was gratifying to learn that Inksure's 60GHz chipless technology is close to some large orders.
It is a pattern made with printed silver ink at present but in no way restricted to precious metals in future. Some remarkable radar theory facilitates multitag reading and reading at very narrow angles of incidence. Range is long at over 30 meters. Northrop Grumman described how it leveraged both approaches by using hybrid chip and chipless tags. The chip tags have the functionality and the chipless ones are virus proof. In aerospace there are many highly complex, mission critical parts and subsystems and the performance of any RFID tracking is far more important than price. But that is where we began.
For more see www.addprotec.com