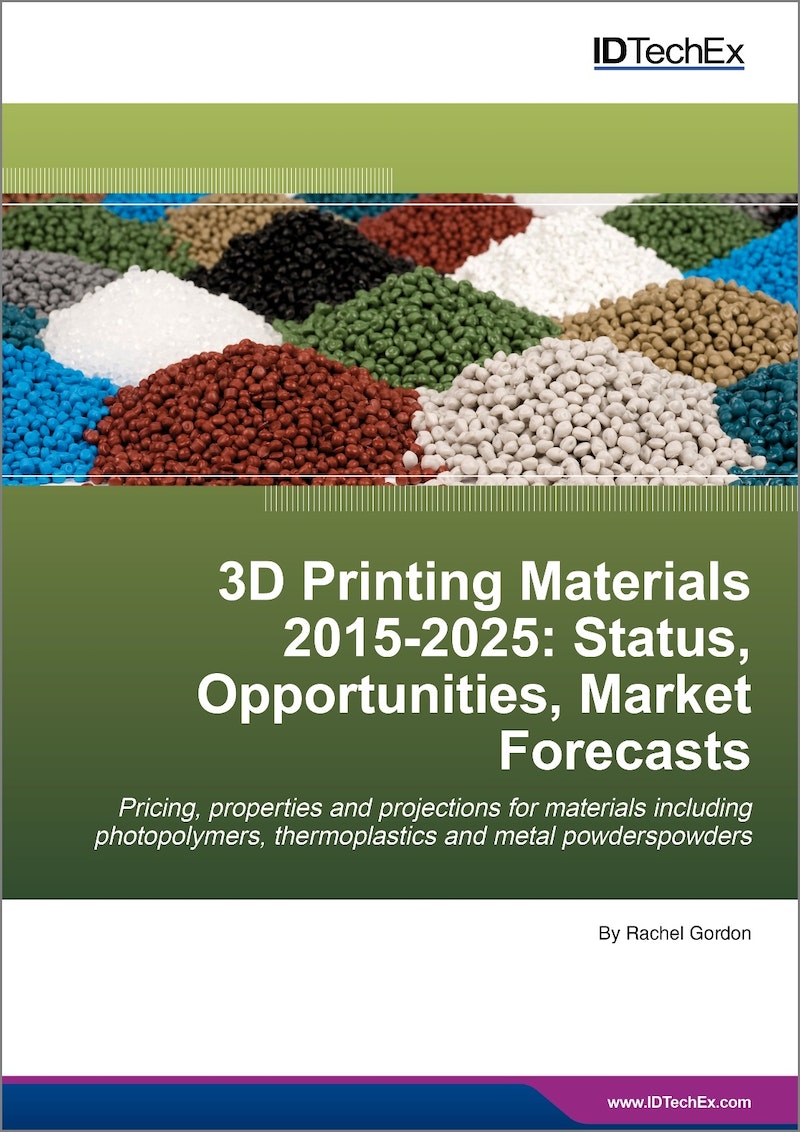 A massive increase in the use and applications of 3D printers is encouraging huge growth in the market for 3D printing materials. The total consumable market in in 2013 was $800m and is expected to reach $8bn by 2025, according to IDTechEx's new report 3D Printing Materials 2015-2025, Status, Opportunities, Market Forecasts.
Gone are the days of 3D printing being synonymous with rapid prototyping; the days of additive manufacturing are here.
Since the 1980s, when 3D printing was first commercialised, it has grown reasonably slowly, being adopted mostly for small scale prototyping. In 2009, Stratasys' key patent expired, the market place became flooded with cheap thermoplastic extruders, interest exploded, and the market for thermoplastic filament rocketed. It currently stands at $165m and will reach over $1bn by 2025.
3D printing is no longer used only for one-off pieces and prototypes, but for final part production of items with reduced and simplified assembly, quicker design iterations, greater design freedom, mass customisation and minimal material wastage. For these reasons, 3D printing is already common in aerospace, orthopaedic, jewelry and dental sectors. Adoption is fast-growing in education, military, architecture, medical research, and automotive sectors. The IDTechEx report 3D Printing Materials 2015-2025 investigates all of these end markets and others which are widely publicised but over-hyped.

Not all materials are equal

This new interest inspired developments in many technologies to 3D print a wider variety of materials. The report outlines the advantages and disadvantages of printing in different materials, the applications of each, and technical data on the properties of 3D printed materials, which often differ from their traditionally manufactured analogue. The report includes detailed state of the market, in terms of market value and volume, for:
These seven key materials have a total market of $800m which is expected to grow to over $8bn by 2025. 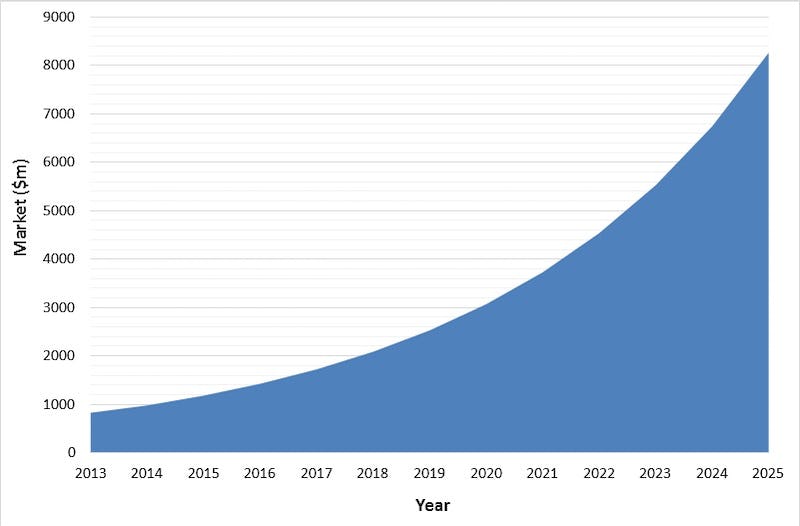 Many of the key metal printer manufacturers are based in Europe, and sell predominantly to European customers, so Europe buys a higher share of metal powders than of other materials. The hobbyist market has not really taken off in Asia so sales of thermoplastics are smaller than in North America or Europe. The growth rates of materials' sales vary significantly by region.

Vendor lock-in vs. free market - who will win in the end?

The value chain for 3D printing materials is complicated because several major printer manufacturers engage in "vendor lock-in" in a way analogous to 2D printers, but cheaper 3D printers allow the purchase of free market materials. This new report forecasts each approach separately, to show the long term market of each value chain. The chapter on the value chain clarifies the value network, and quantifies the markets at each stage of the chain, including separate price projections and forecasts.

The growing market means there is a lot of space for new players, but also many acquisitions of small materials' formulators by printer manufacturers. The report includes information on start-ups, closures, mergers and acquisitions. Sixteen materials' suppliers are profiled in detail, following interviews with more than 50 key players in the industry.

nterviews with eight industrial end-users describe their experiences with 3D printing and give insight into their needs. Large industrial users require larger build volumes, increased build speed, greater precision, declarative CAD and movement away from layered structures which have anisotropic properties. Hobbyist users require cheaper printers and simpler CAD software.
The report gives this sort of valuable insight to anyone in, or considering entering, any stage of the value chain for 3D printing materials from chemical suppliers and formulators to end-users, or anyone interested in the materials options when adopting 3D printing.
For full details of "3D Printing Materials 2015-2025" see www.IDTechEx.com/3dmats.
Learn more at the next leading event on the topic: Printed Electronics Europe 2020