By laser-treating ink consisting of coated nano-particles of metal, scientists in Switzerland are able to manufacture a wide variety of printed microelectronics.
The ETH Zurich scientists in Switzerland and researchers at the University of California at Berkeley, USA presented a very promising application of the development in a recently published paper in which they describe the manufacture of a field effect transistor.
The research group led by Dimos Poulikakos, ETH Zurich Professor at the Laboratory of Thermodynamics in Emerging Technologies, uses ink that contains gold to print electronic equipment. Although the melting point of gold is 1063ºC it is possible to print gold electrical conductors on organic substrates by using the gold in the form of special nano-particles which melt at 150ºC when the size of the nanoparticle shrinks under 2 nm. This is because the thermodynamic properties of all materials change enormously when in this form. The coating, which consists of self-organising organic molecules containing sulphur, prevents the gold becoming lumpy.
By combing the gold ink with a laser beam the gold is made to sinter, i.e. it is converted into the solid phase - this is a condition for writing accurately defined structures.
Firstly the nano-ink is applied to an organic substrate by using either a special ink-jet printer or a special pipette. The ink is then solidified at the required points using an argon ion laser. The residual ink is washed away. If metallic conductor structures at various levels are needed, another layer of organic material can be applied and written on again with ink and laser.
In a paper published recently in the scientific journal "Nanotechnology", the team demonstrated how the method can be used to manufacture a transistor. They printed an organic field-effect transistor in which the "source", "drain" and "gate" elements consisted of gold. The dielectric layer lying between them is made of polymer, and so is the semiconductor. Initial tests prove that the transistor remains able to function for a prolonged time. The method is also suitable for applications such as RFID (radio frequency identification) tags, thin-film photovoltaics or flexible sensors, say the researchers.
They have shown that their plastic compatible process suits the fabrication of organic field effect transistors (OFETs), a building block for more complex devices. To evaluate the sintered electronics, the team compared its OFET with a device fabricated using conventional lithography.
"We have yet to run the tests over the long term (years), but the laser-sintered devices were as good as the lithographically processed electronics over a period of several months," Seung Ko from UC Berkeley's department of mechanical engineering, told nanotechweb.org. "Currently, we are performing fatigue testing under mechanical cyclic loading - the performance of our device has not degraded after 65,000 cycles." 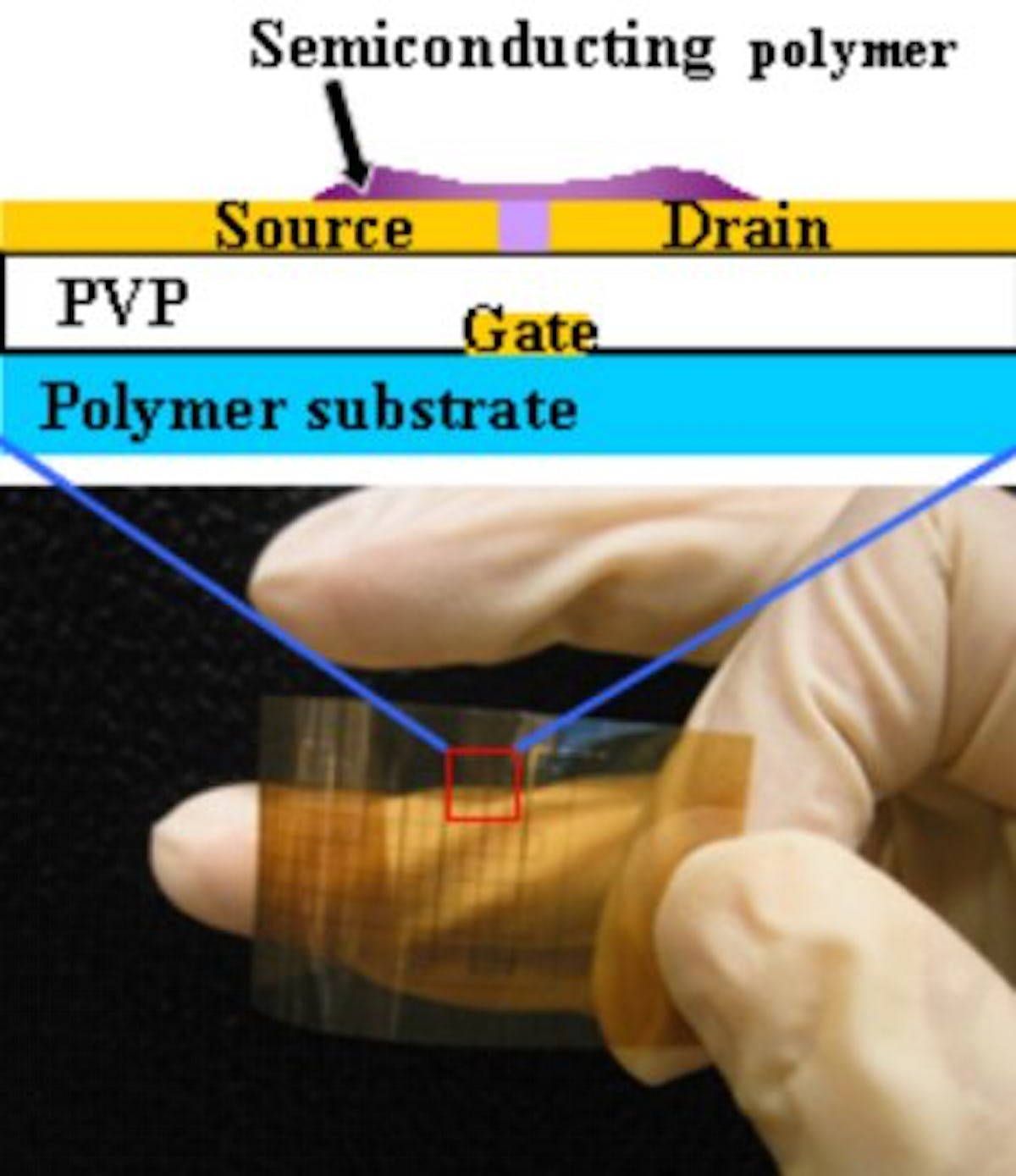