Electroactive polymers in Sweden and USA

There are many smart substrates available to leverage the benefits of printed electronics. For example, NXT has the ability to make any semi-rigid substrate emit high quality sound and the actuators to provide this may one day be made using electroactive polymers. These typically employ screen printed electrodes of elastomer that has to be elastic without losing its conductivity and without significantly disrupting the action of the polymer. It is the first major breakthrough in electromechanical motion since Faraday invented the electric motor in 1840.
There are two approaches to electroactive polymers, both of which can give us packages that lock or go bumpy when the contents have expired and even packages that self-evacuate. Indeed, the applications of electroactive polymers are limitless and the advent of elastic circuits means that they may also be used as substrates.
In Sweden, Micromuscle AB relies on ionic effects in polymers whereas the acrylics and silicones of Artificial Muscle Inc of the USA, that can be stretched to 1000 times the area, rely on the electroactive forces in a capacitor-like structure with around 1200 volts applied. This is a safe, high impedance source, so the targeted uses include autofocussing and auto tracking of lenses in cameras and a huge variety of actuators that are virtually silent, smaller, more versatile and lower in cost than electromagnetic versions. By contrast, Micromuscle AB is exclusively focussed on the medical device market.
The MICROMUSCLE EAP technology can be used in a number of vascular application areas, for example interventional procedures in the heart or in peripheral areas of the body, such as the brain and the legs. Micromuscle has especially focused on the segments for interventional cardiology and PTCA (Percutaneous Transluminal Coronary Angioplasty), where procedures such as balloon expansion and stent placement are used to open blocked or clogged arteries to and from the heart. 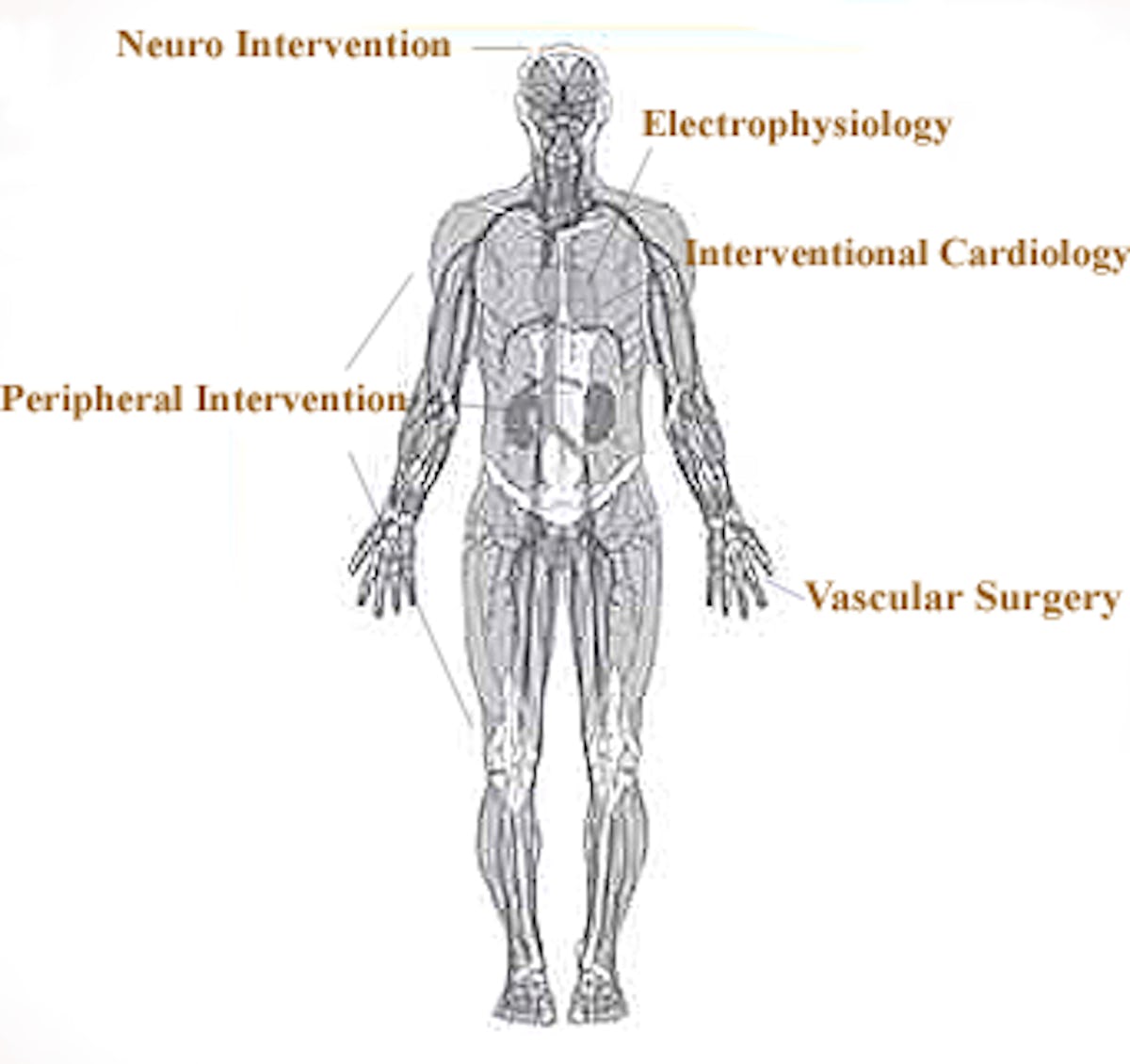 Source: Micromuscle AB
The MICROMUSCLE EAP technology is well suited for applications in small and restricted access vascular environments. Products for vascular applications in which the MICROMUSCLE EAP technology can be applied typically involve guidewires, catheters, balloons and stents. Integration of the MICROMUSCLE EAP technology into such devices offers new functionality, for example electrically controlled movement, which adds value to existing and new product.
For example, in many vascular applications, guide wires, leads and catheters are used to reach specific areas inside blood vessels. These tools are generally passive. Adding active control and steerability to them would make it simpler to reach a desired area.
Micromuscle has made a bench-top prototype where a common guide wire is modified with an electro-active polymer coating in order to demonstrate active steering in a model of a vessel system. By applying a small potential to the guide wire, the position of the tip could be controlled. Time to move from one extreme position to the other was a few seconds. Patents for the design and construction of these kinds of steerable tools have been submitted. Conducting electroactive polymer can be applied on various devices used in PTCA and other vascular applications e.g. guidewires and stents to provide new functionality. The features of electroactive polymers can be used to enable movement and generate force as well as electrically control surface properties. Muscle cells on an electroactive polymer surface are shown in the top image.
On the other hand, medical applications are only a part of the work of Artificial Muscle Inc though enabling a disposable infusion pump for drug delivery is in their sights. Actuators, sensors and generators are the priority. 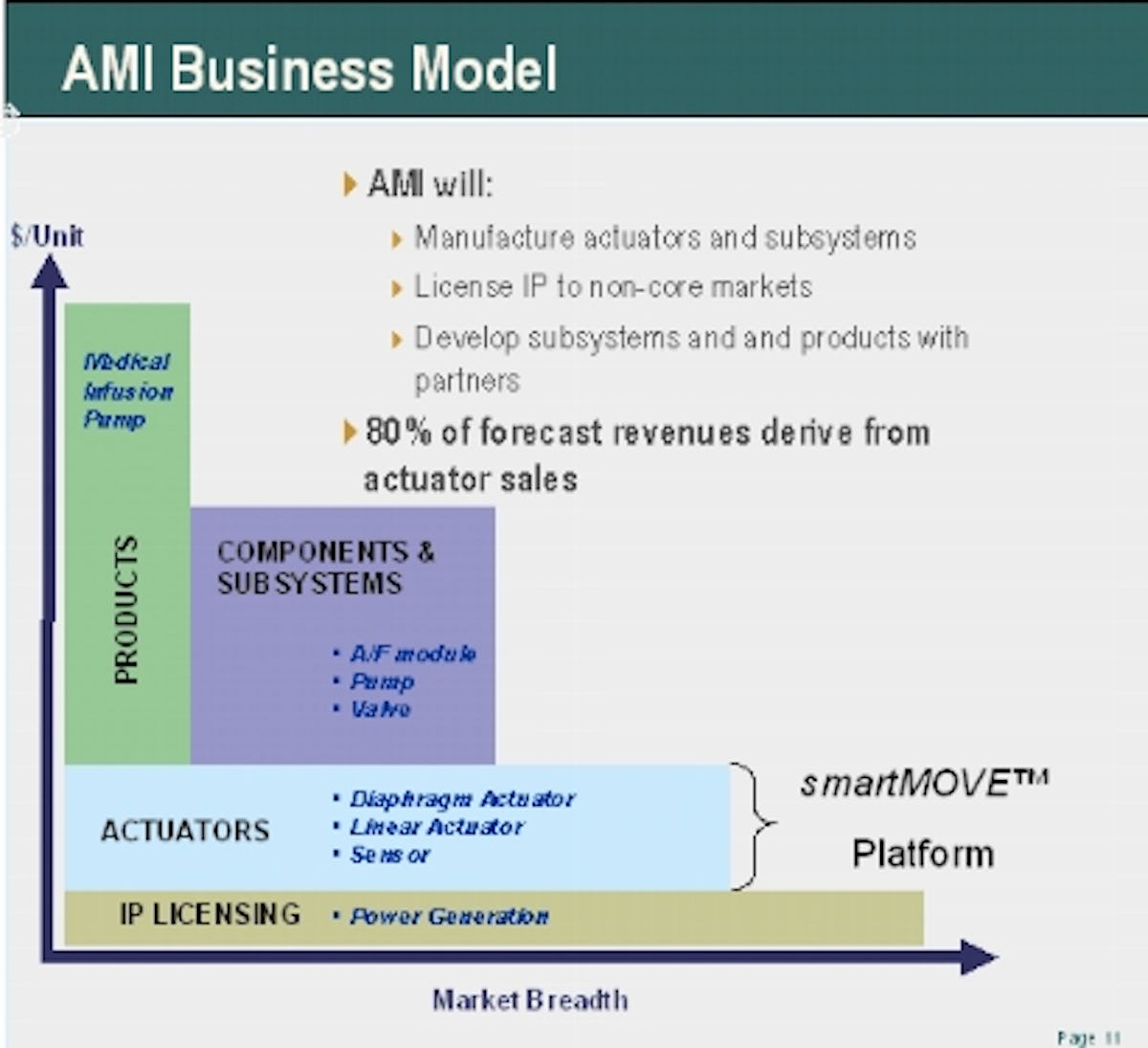