The future of OLED displays

With their advanced technology, improved energy efficiency, and superior viewing angle, OLEDs are identified as the technology of the future.
OLEDs are expensive compared to LCDs which currently have a strong market presence due to decreasing costs and improved technology but this could change in the future as OLED manufacturers boost OLED life cycles and improve on energy efficiency and resolutions. Over time we may see OLED technology make a major impact in the electronics industry.
With the absence of back lights it is possible to make OLEDs much thinner and lighter compared to LCDs which tend to be larger due to the presence of back lights. OLEDs also consume less power making them cheaper to run and more environmentally friendly and when powered from a battery can operate longer on the same charge which is useful for portable devices.
Over the last few years applications of OLEDs have increased in cell phones, cameras and MP3 players and are also expected to increase in the medical equipment market, automotive utilities, lighting equipment, casinos, and other industrial usages. According to Display Search, USA subdisplays and MP3 players account for over 85% of market share for quarter 3 of 2007.
Top Five Q3'07 OLED Applications 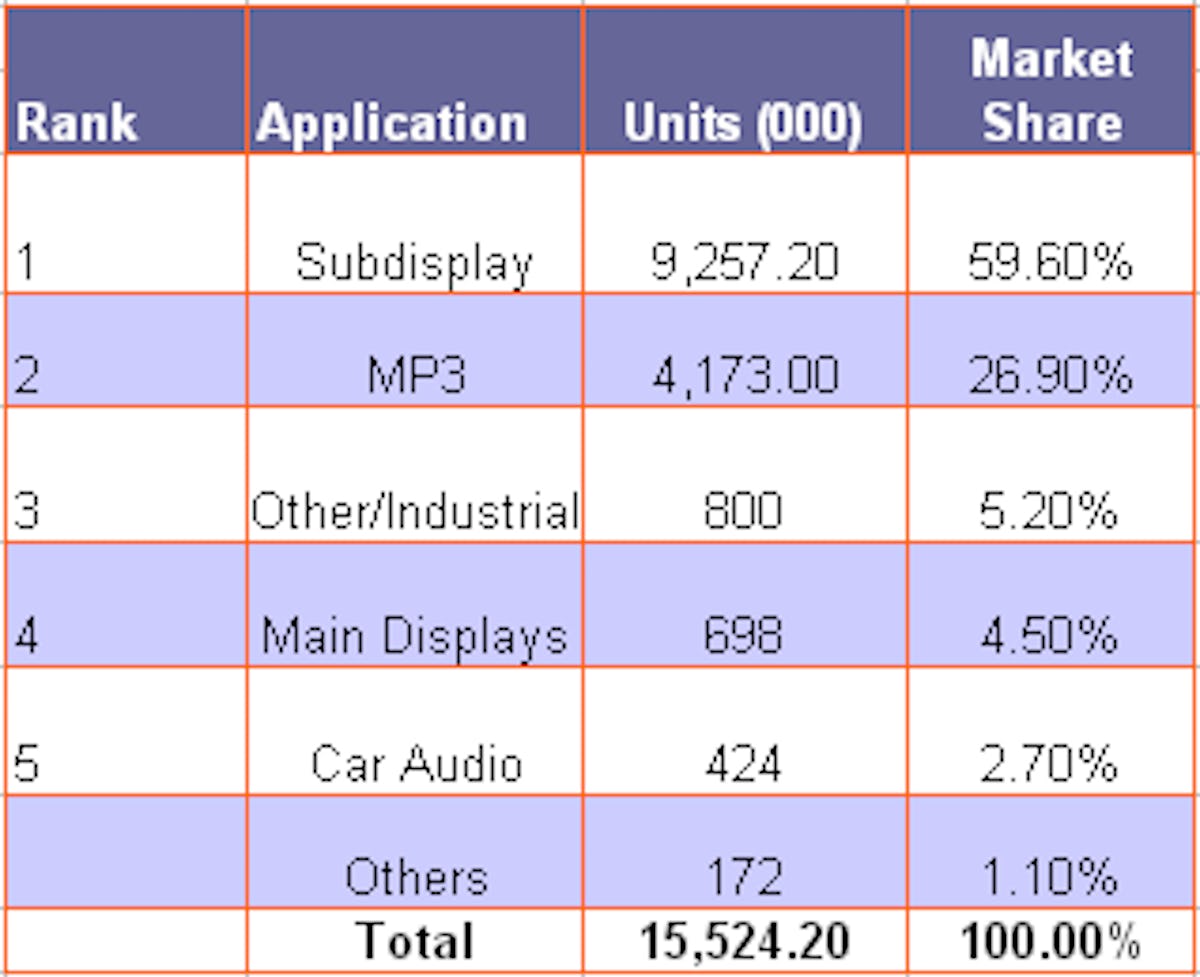 Source: Display Search
Here we look at some other applications of OLED displays.
With the new concept phone - the Blank you no longer have buttons or keys. By providing you with a 'blank slate' in the form of the OLED touchscreen that wraps the entire front of the phone, you are free to express yourself in any number of ways visually by downloading static or even kinetic skins that make your phone come to life. Lower power consumption means more battery life plus a higher contrast ratio and full widescreen. 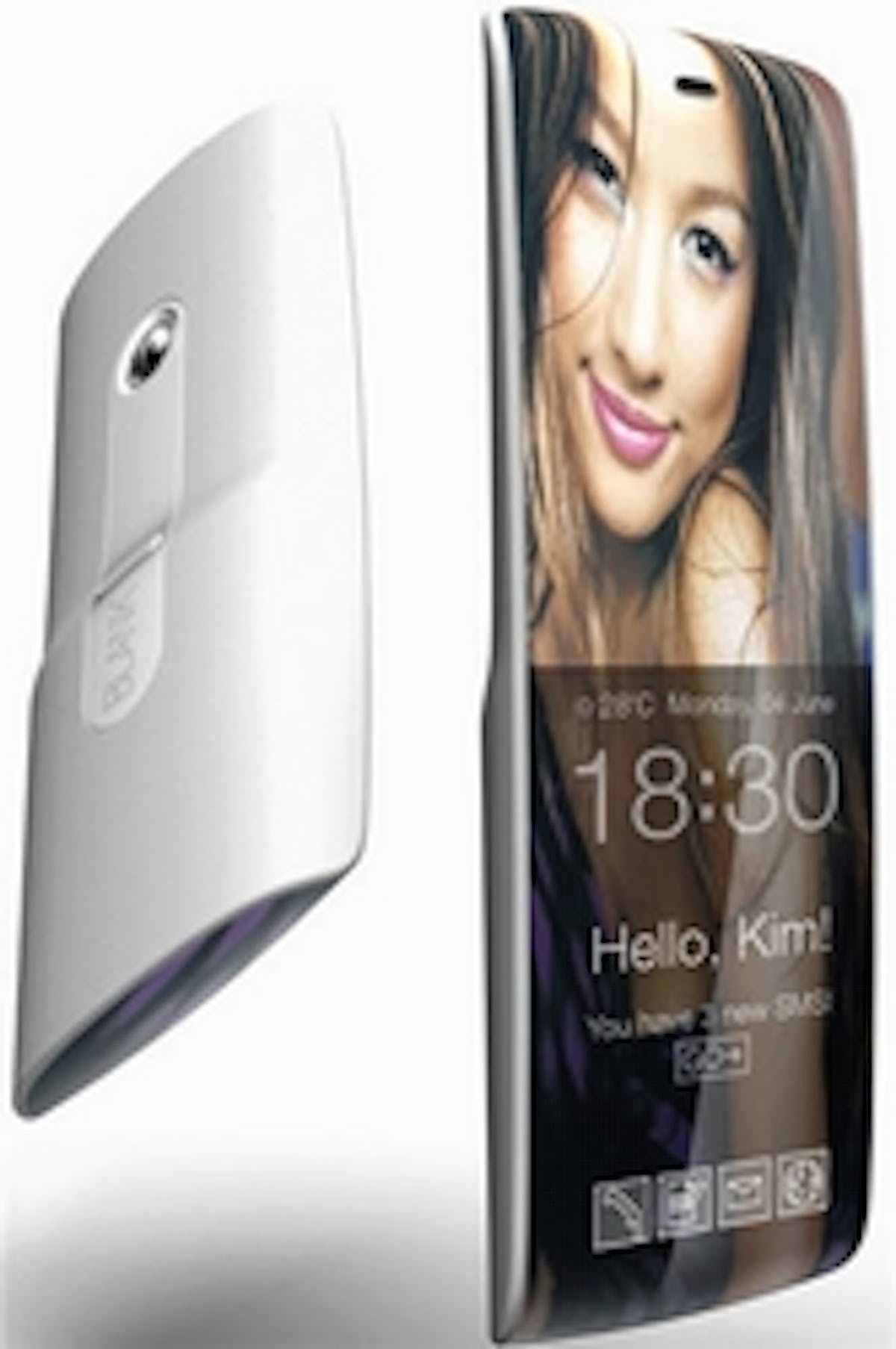 In the future, applications of flexible display will be expanded to our daily life ranging from a tie, a hat, a wallet and other small lifestyle products. ETRI, South Korea demonstrated its flexible OLED during Next Generation Computing Show 2007 in Seoul. Korea. 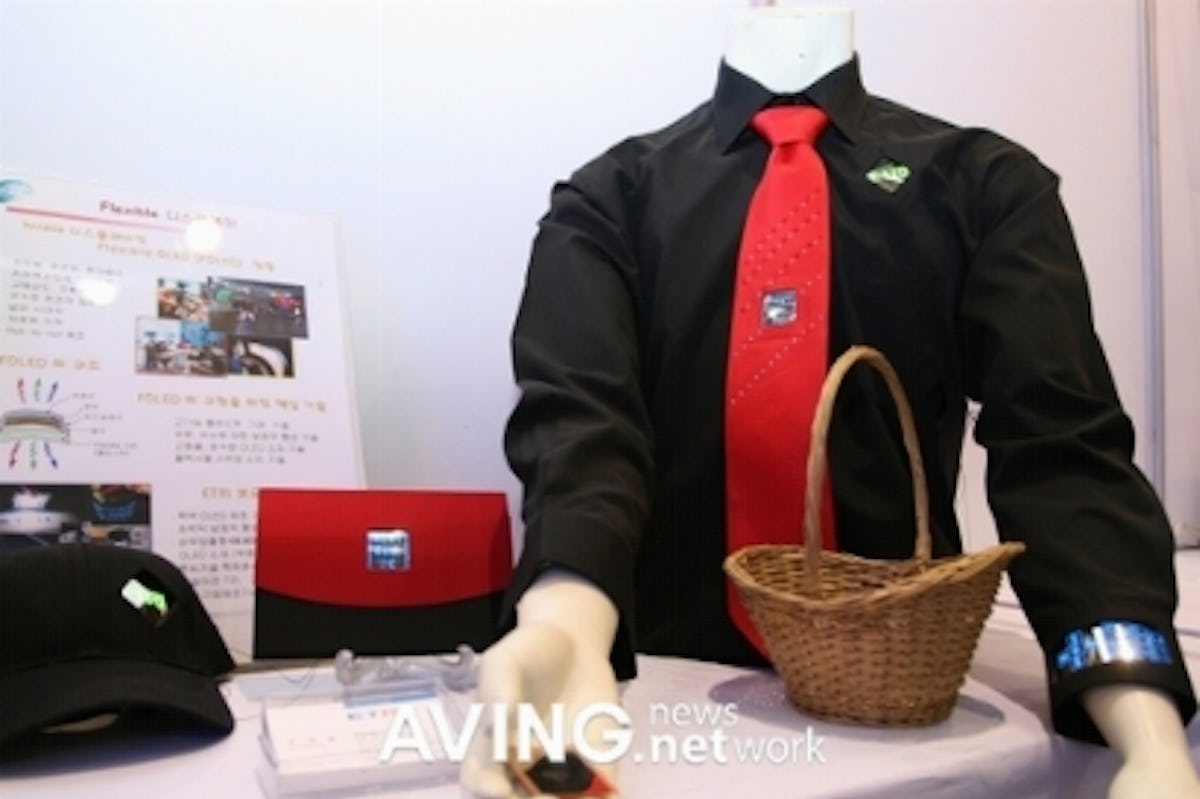 Source of image: aving.net
Optimus is a keyboard where each key has an embedded OLED screen on it which makes it entirely configurable. You can simply load the configuration for a game, and instead of pressing on "A, S, W, and D," you'll be pressing more intuitive arrows or instead of pressing "1" for punch, "2" for rockets or whatever, you can have a clear icon instead. If you want to type in Arabic or Chinese instead of English then you would reconfigure the key board.
Quake set up 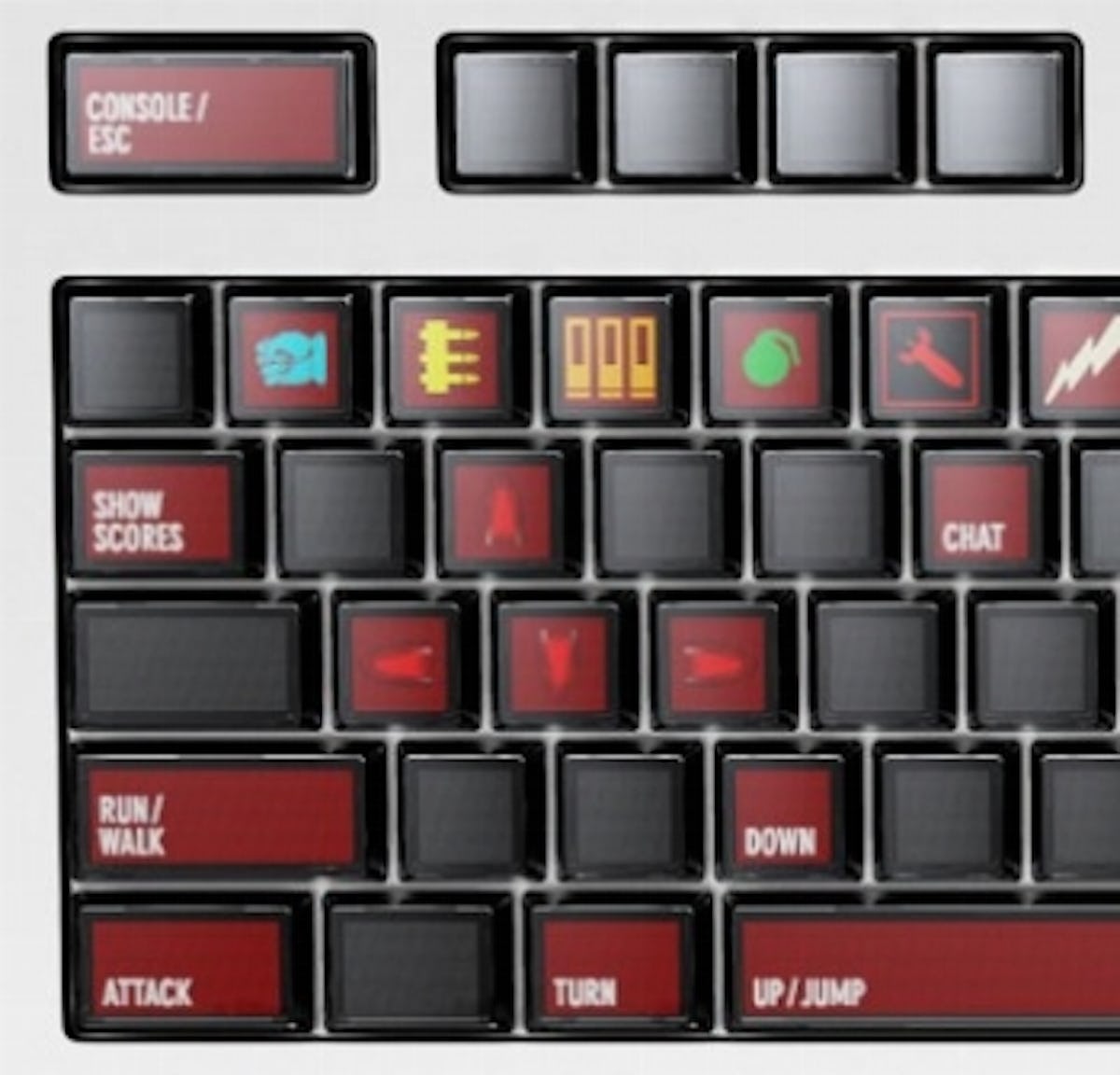 Source of image: ohgizmo.com
This concept car, created by Marc Kirsch in collaboration with Volkswagen Design in Wolfsburg, Germany, has a clear wrap around OLED screen that can display information to the driver and passengers inside. 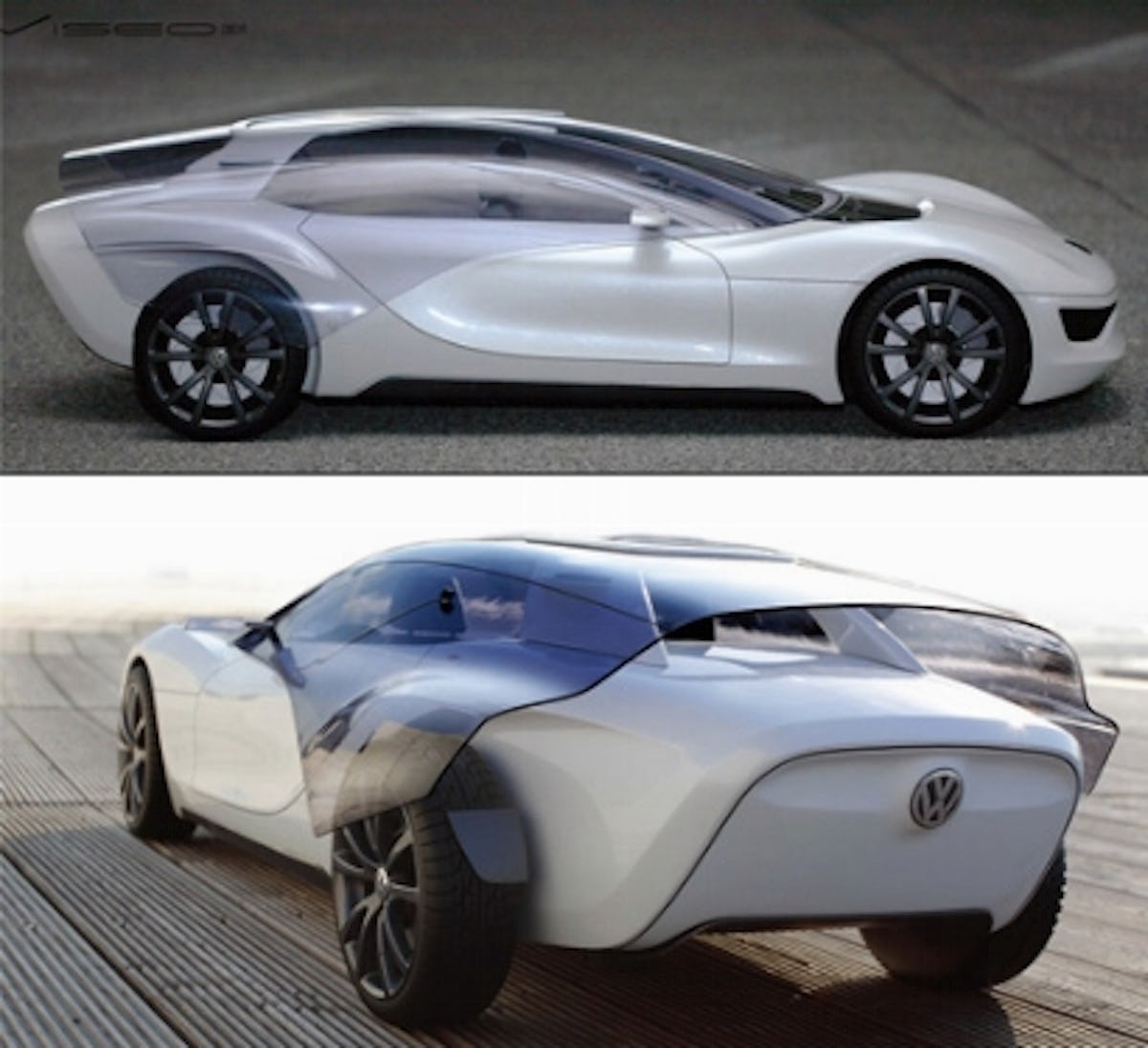