Dr. John Mills, COO of Plastic Logic, updated the attendees on the progress being made at their new 7000 m2 production facility near Dresden Germany. He cited a forecast (from AFAICS) that there will be over 40 million e-readers in production by 2010. Plastic Logic's approach is unique in that they use solution processable polymer semiconductors and dielectrics. Polymer Vision uses organic semiconductors, but they are vacuum deposited. Dr. Mills also stated that Plastic Logic uses "direct writing" technologies. He also stated that "printing will achieve lowest cost - even without roll to roll". Their new facility plans to ramp up to more than one million 10 inch displays (or equivalent) in 2009.
There were also a number of underlying technologies presented. A large amount of effort is being devoted to barrier (oxygen and moisture) materials. There were 6 presentations on barrier materials primarily for OLEDs. In addition to the well known efforts by Vitex and GE Global Research, 3M, Binghamton University, TNO/Holst Centre, and Emerson & Cuming are also now actively involved in this area.
Another exciting technological development on substrates was mentioned at the conference, but few details were given. For many optoelectronic applications, it would be of great interest to have a transparent substrate that was processable at high temperatures. Until very recently, however, there has been a distinct dichotomy in flexible substrates between transparency and high temperature stability. The only flexible substrates that were processable at high temperatures (> 200 ºC) were not colorless or transparent. The best known of these is Polyimide (Kapton) which can be processed at 300 ºC, but has a distinct yellow color. Professor James Sturm of Princeton University showed results on a new substrate developed by DuPont called "Clear Plastic". This substrate exhibits a Tg > 300 ºC, CTE can be < 15 x 10-6/ºC, and as shown in the figure below, visible transmission > 400-420 nm. 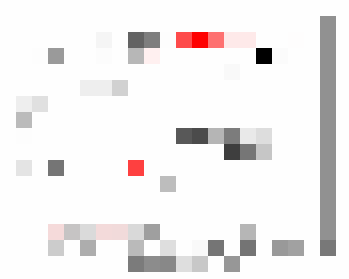 It is clearly an exciting time for flexible displays. We are on the cusp of major developments in both production and technology. Volume production of rollable displays should begin this year, and printing processes are nearing production. Batch processing seems to be the norm, and although eagerly anticipated, Roll to roll manufacturing of flexible displays still seems to be a ways off.
Read the first part of this review here.
Learn more at the World's largest event on printed electronics: the IDTechEx Printed Electronics Europe 2008 conference and exhibition at Dresden, Germany on April 8-9. Hear from PolymerVision, Plastic Logic and over 60 others. See www.IDTechEx.com/peEUROPE for details.