For over a decade, most RFID has been practised at High Frequency, the 13.56MHz frequency that is license free worldwide. Last year, about $2.5 billion was spent on tags and systems at that frequency, ten times the amount on RFID at any other frequency and representing 50% of the global RFID market. Its dominance has been retained as RFID entered a phase of rapid growth in the last two years mainly because of huge orders such as the $6 billion China national ID card scheme and new adoption such as the e-passport, now issued by over 70 countries, and financial cards such as the MasterCard Paypass replacement for small cash transactions.
There has been further erosion of what are traditionally low frequency applications such as tagging gas cylinders and marathon runners because the HF alternatives have been cheaper. The main standards used such as ISO 14443 and ISO 15693 have formed the basis of the new application specific standards for such things as e-passports. It is therefore fair to say that much of the progress in HF applications and standards has been incremental and not the stuff of newspaper headlines. The same could be said of most of the advances in mainstream HF technology - a few percent improvement in this or that.

Not a dead end at all

It is common to see the statement that HF tags are fine for what they do but they cannot achieve more than one meter range, they have limited multi-tag reading, middling tag cost and other parameters that will restrict new applications in future and see attention turn more and more to alternatives such as UHF passive RFID, newly standard for such things as pallets and cases, tires and airline baggage. The superior public relations machines of the proponents of such "new" technologies as UHF would certainly have us believe so. However, HF RFID is about to take a great leap forward. Improvements of 50% to several hundred percent in range, tag cost, tag size, multi-tag reading, reader power, tolerance of environmental and electrical interference and more will be seen in mainstream applications.

Mainly this will be due to radical new advances in technology such as Kovio demonstrating the ability to make the few thousand transistors of a typical standardized HF tag by ink jet printing silicon nanoparticles, production being promised for the end of 2008. This is the world's favourite RFID specification by a very big margin, so it is hugely significant. Projected cost reduction is 80% on the silicon chip currently used, with 90% gain later. Cambridge Resonant Technologies recently demonstrated a new signalling technique that offers a sharp improvement in many HF RFID parameters from 50% more range to one tenth of the reader power. This system exhibits improved tolerance of manufacturing variations, making it easier for the 340 organisations
currently developing printed transistor circuits to commercialise them as HF RFID.

Melt silver at under 150ºC to create an HF RFID antenna that uses one tenth the amount of material yet achieves near bulk conductivity? NanoMas Technologies seems to have achieved that one. In a world where most so-called nano-technology involves dimensions of tens of nanometers, NanoMas has particles of only a few nanometers across, creating a melting point so low that you can even cure a printed HF antenna on acetate film if you wish. This is particularly useful at HF.

Secondarily, the great leap forward in HF RFID is due to modestly publicised inventions that have been around for a few years but are now achieving market traction. The Near Field Communication standards - all at HF - have led to the prospect of over one billion or more RFID enabled phones worldwide. These will be backwards compatible with the 50 million RFID enabled phones sold in Japan in little more than two years. They use the Sony Felica HF interface. All have HF readers that can act as both passive and active RFID tags, emulating financial cards, transport cards, access cards etc. That implies one thousand times as many HF readers may be deployed, reading smart posters and many other innovations.
Consider Magellan Technology achieving multi-tag reading at ten times the level typically taught as the limit at HF and that with tags touching if necessary. The work is now being rewarded with major business tagging casino chips, documents, items in supply chains and medical implants.
Consider the modified HF tags of DAG System which, when combined with special arch aerials, give several meters range and ironically, can reliably read the toughest wet, metallic goods in cases even when they are obscured in a pallet load, something yet to be achieved at UHF and quietly being abandoned as an aspiration at that frequency.
Significantly, a high proportion of the above major advances at HF are not available at UHF. Most of them are compatible with each other. They can be used together to obtain even greater gains, yet work has not even started on this option.
Some of the sharply improved features of HF RFID achieved by new advances

Source: IDTechEx www.IDTechEx.com/HF
The detailed choices of benefit from the new Cambridge Resonant Technologies OnTune™ system is shown below. 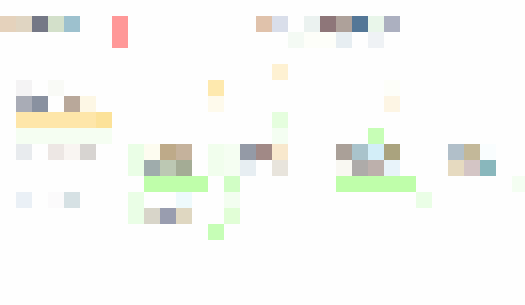 A rush of other advances

There are many modest advances that will also lubricate the growth of the HF market, including the many ongoing advances in contactless smart cards. These other advances are impressive in their number rather than the magnitude of improvement in parameters that they will achieve. We have printing of HF antennas on paper with direct chip placement, no inlay being needed. We have EPCglobal at last addressing the world's favourite RFID frequency. It is in the form of ISO 18000-3 HF Generation 2. (There never was a Generation 1). This specification will give systems that use the same command infrastructure as the UHF Gen 2 rolled out in the last five years. It will give us open systems for supply chains and standing assets and even an option to use the above Magellan system within the standard.

There are new HF chips for multipurpose passport/ driving license/ financial cards with over one million transistors in them, over 100 kilobytes of memory and very sophisticated security that will allow Samsung, Texas Instruments and others to challenge the dominance of Infineon and NXP in making chips for these markets. The list of HF innovations has recently become very long indeed.

At the low cost end, the many advances may now tip the balance in favour of HF for item level tagging, potentially the largest RFID market of all. Here, drugs and some other items are variously tagged at UHF or HF today yet sensibly one has to win. There is no room for two tags on small items and that would not be justifiable in cost anyway. Profitably selling small, item level HF tags for as little as two cents is now a real prospect within a few years. Perhaps those creating the great leap forward in HF RFID should mount a more robust public relations effort. They really have something to shout about.

A unique 197 page report from IDTechEx details the great leap forward in HF RFID technologies, with unprecedented advances hitting the market in the next two years and some earlier inventions entering the mainstream at the same time. Those of largest impact are covered, but we also examine the unusually large number of more modest advances that are now arriving. Together they may enable HF to retain its 50% share of the global RFID market as it that market quintuples in the next ten years.
We take a close look at the markets for RFID enabled mobile phones and contactless smart cards and tickets, showing how they will prosper together and we re-look at the trade-off of Near Field UHF and HF for item level tagging in the light of the new advances. Particular detail is given on the most significant technical advances at HF. It is an unbiased assessment, with the problems of all these approaches being assessed as well as the opportunities.
Save 30% until April 30 2008 by using the promotional code HF when ordering the report at www.IDTechEx.com/HF.