Who will survive the brutal consolidation in the TCF industry?

The transparent conductive film (TCF) industry will nearly be a $430 million industry in 2015, according to the IDTechEx Research report Transparent Conductive Films (TCF) 2015-2025: Forecasts, Markets, Technologies. This is counting the value of the entire un-patterned film, and excluding markets based on glass (most thin film PV and LCD displays).
This was a booming market in a state of flux. New applications were heralding new needs that seemed to stretch the incumbent too far, opening the door to innovation. A multitude of technologies were developed to fill in the emerging vacuum, and some even gained a foothold in the market- see www.IDTechEx.com/TCF for a detailed assessment of ITO alternative technologies.
However, as ever, the incumbent (ITO films) proved too resilient. The existing suppliers exchanged profit and revenue in return for keeping their market share. This meant reducing prices every time they were about to lose business, triggering a price erosion of more than 25% in less than two years- see chart below. This changed the competitive landscape and shut the door on many emerging technologies. This was the beginning of the consolidation period. 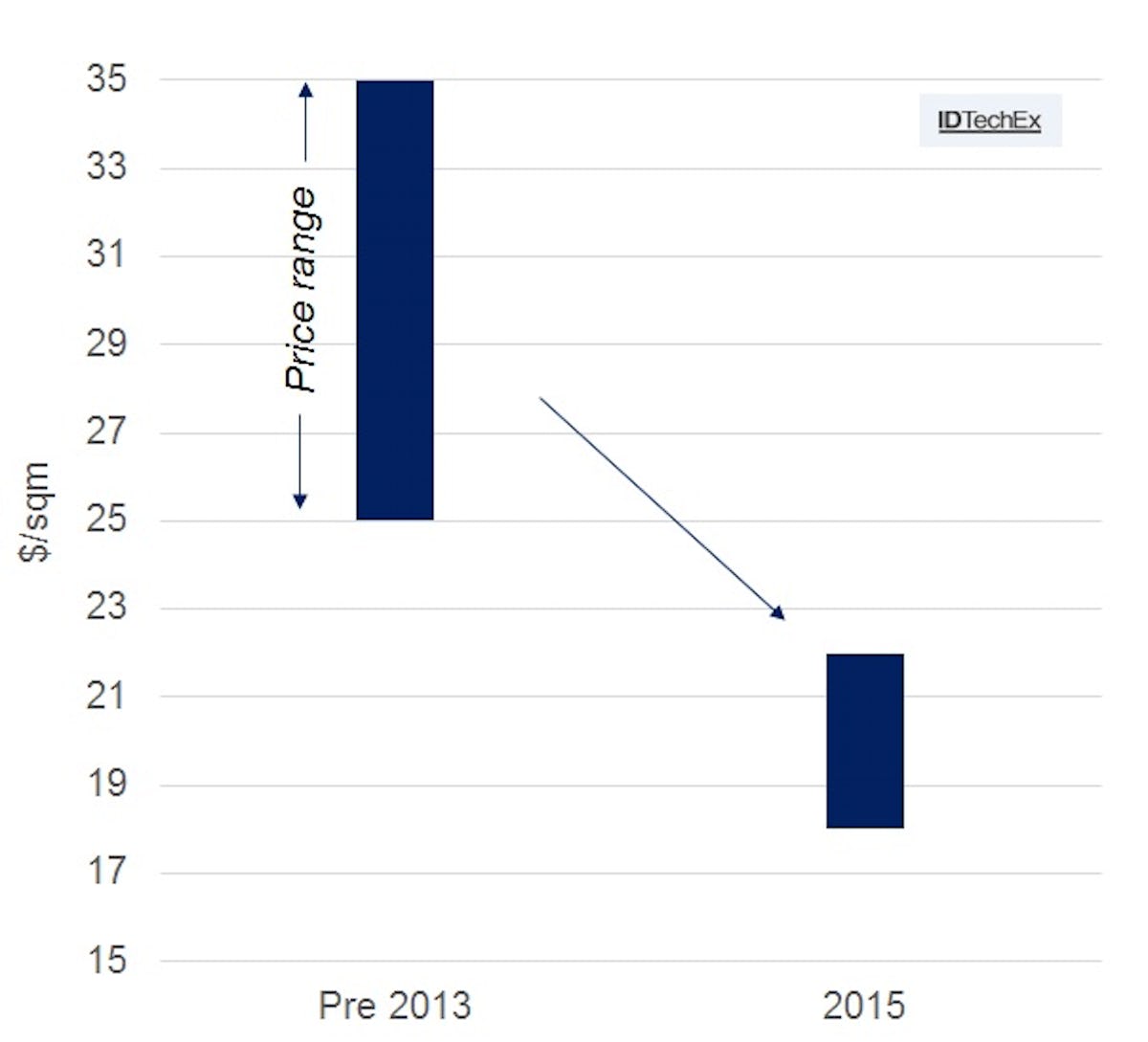 Figure 1. Price range of ITO films now and before 2013. The industry has experienced a rapid erosion of average selling prices. Source: IDTechEx Research

The technology landscape for ITO alternatives was confusing as it consisted of many technologies, none of which were the perfect solution. There is more clarity now and the winning alternative technologies are being established. This can be observed on the chart below, which benchmarks different technologies on the basis of sheet resistance and optical transmission. These are two key figures-of-merits that characterize a TCF technology.
It is evident that many emerging solutions such as carbon nanotubes, PEDOT and graphene are at best on par with existing technologies. This is not good enough in a substitution game, particularly when the price of incumbent also keeps falling. Others such as metal mesh and silver nanowires actually offer a performance improvement over the incumbent and will therefore succeed when the new market needs eventually materialize.
Metal mesh and silver nanowires have been in a neck-to-neck competition, but (at least for now) silver nanowires now seem to just edge it. They are more flexible, easier to pattern, less disruptive to the value chain and less prone to yield issues. This is now borne out by the recent activities too: may metal mesh companies have left and others have experienced continued set-backs, while the silver nanowire business have been the subject of new investments and acquisitions. More now enter the silver nanowire business since they know that customers do not want to rely on one single suppliers with dominant IP.
This is why we have decided to focus mostly on silver nanowires at our IDTechEx Show!, which takes place in Santa Clara, California, between 18 and 19 November 2015. We have invited Cambrios, Poly-ink and C3Nano to speak on their work on silver nanowires. 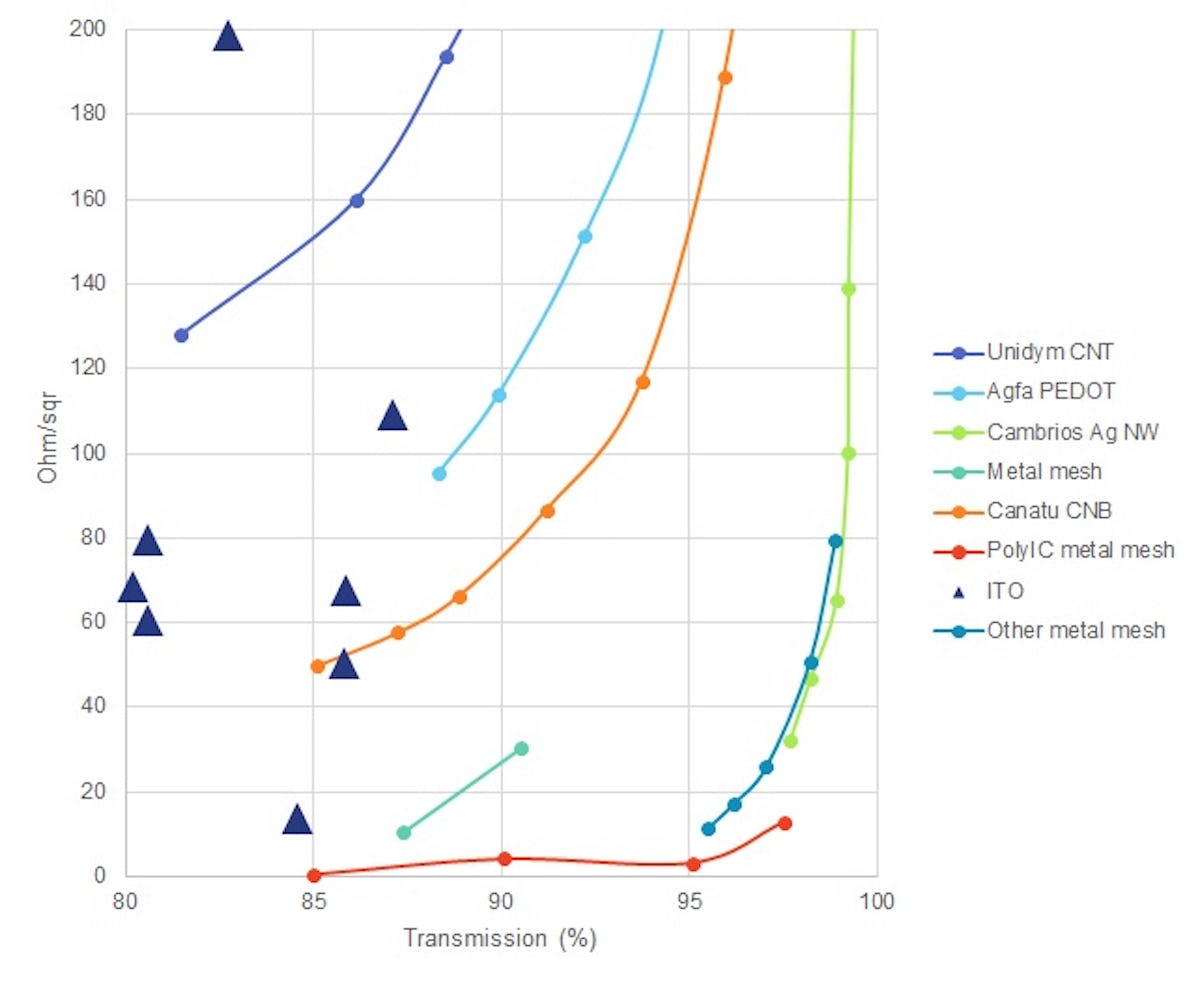 Figure 2. Sheet resistance as a function of optical transmission for a range of TCF technologies. Source: IDTechEx Research
It is worth remembering that not all metal mesh are equal. Printed version suffers from linewidths that are just too wide (15ums or wider); and embossed-then-plated ones suffer from persistent yield issues (30-40% or lower yield levels). Laser or photo-patterning, followed by etching, creates better performing films. This method however is likely to lose on cost, and thus may be priced out eventually. Hybrid methods are gaining popularity: embossed trenches are filled by crude jetting and the excess is bladed off to keep the surface smooth. This might be one way forward.

New markets are emerging, albeit slowly. They will change the composition of the market, and bring with them new needs, and thus new opportunities. This is depicted in the figure below, showing that more 20% of the market will stem from non-touch related applications. 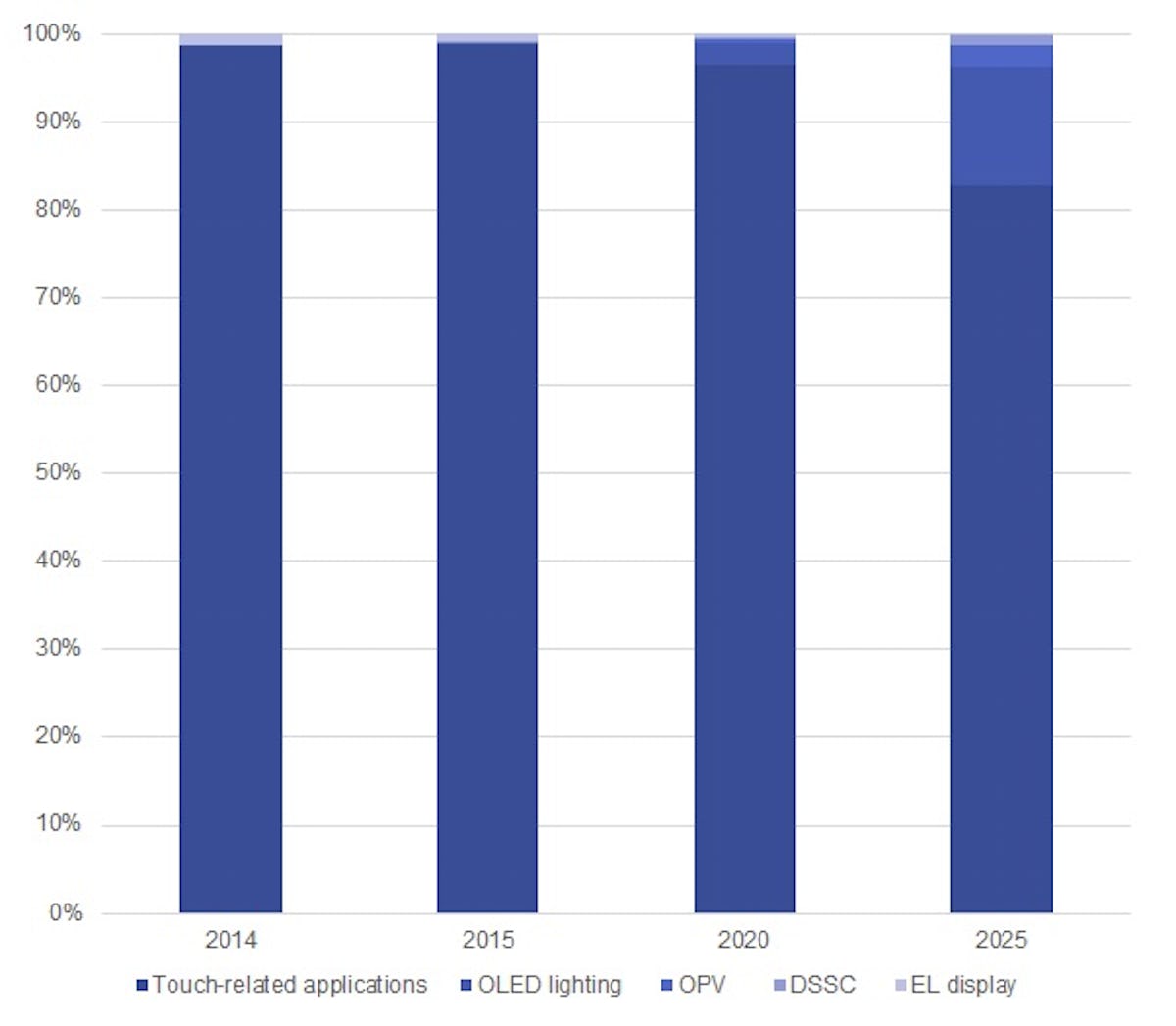 Figure 3. Market composition for TCFs by end application. Touch related applications dominate the market today. Source: IDTechEx Research
In parallel to this, technologies like PEDOT and CNTs are already seeking new markets, exploiting their stretchability to create thermoformed 3D touch surfaces. This is promising to be a new market frontier for them- see an assessment of stretchable technologies in the IDTechEx Research report Stretchable Electronics and Electrics 2015-2025: Technologies, Markets, Forecasts.