Ten short years ago 3D printing was almost the exclusive remit of rapid prototyping. Nobody was putting 3D printing into mass production back then. Fast forward one decade and the world leader in jet engines, GE, are 3D printing over 100,000 fuel nozzles for their next-generation LEAP gas turbines that could be flying around in commercial aircraft as early as 2016. Perhaps more surprising is that 3D printed electronics, a subject barely heard of more than a year ago, is now also being put into mass production as market leader Optomec have installed machines in China to manufacture 15 million antennas for mobile devices every year. Leveraging the benefits of 3D printing requires next generation design software, the kind of software pioneered by startup WITHIN Technologies who were acquired by Autodesk last year for $88m. GE and Autodesk made a strategic investment in Optomec last week. This is partly to sustain Optomec's incredible 80% revenue growth but also marks the beginning of a deeper collaboration between the three companies. A collaboration that will have far-reaching consequences.
GE already have seven of Optomec's machines spread across their divisions. Autodesk are an existing supplier of software for Optomec's machines. The collaboration between these companies will see them develop easier-to-use solutions employing open and machine-agnostic interoperability with other software and machines. In other words, their work is for the benefit of everyone and will impact a wide range of industries. The design software will be made aware of the target machine and, in particular, its capabilities and limitations. In contrast to current fragmented solutions with separate CAD and CAM packages, this fusing of the separate software components will allow the design software to take full advantage of the target machine in two interesting ways. Firstly, failures can be moved from the print phase up to the design phase, picking them up much earlier in the development cycle and saving precious time and money. Secondly, the availability of printer-specific information at design time will allow computational (aka declarative) designs to be optimised for the specific target machine. As we have mentioned in a previous article, the availability of easy-to-use declarative design software will precipitate a paradigm shift in the way almost every 3D printed part is designed. Finally, certification of 3D printed materials remains a huge unsolved problem for many industries, most notably aerospace. This collaboration also intends to address the certification of 3D printed parts and materials using this integrated solution.
The technologies being developed by Optomec, GE and Autodesk play straight into the huge emerging markets for industrial IoT and wearable technologies as well as healthcare. The major business motivation for industrial IoT is condition-based maintenance, i.e. smart parts that convey whether or not they are in need of repair. For example, the life span of a $1k part can be extended by 25-100% by adding a $1 sensor. Optomec have printed sensors on wearable devices such as strain sensors in eyewear that can detect you flexing your ears. They have also done smart watches and are serious about 3D printed electronics on contact lenses which they say will be commercially available in the next few years. In healthcare, Optomec have 3D printed sensors on catheters that allow a patient to be monitored internally during surgical procedures. A major MRI machine manufacturer contacted us and asked if it was possible to 3D print the housing of an MRI machine with integrated conductive traces to replace conventional wiring that is, apparently, a "nightmare".
In the future, markets such as the oil and gas industry and collaborative robotics also stand to gain a great deal from the fruits of this work. The oil and gas industry have good reason to employ industrial IoT as their equipment is distributed across many remote and hazardous locations. Collaborative robotics is the migration of dangerous industrial robots into the workplace where they must operate safely alongside humans. This is being achieved using many different methods, one of which is to integrate many sensors into the robot to detect human presence or interference. Optomec's strong background in 3D printed sensors might be the ideal solution to this problem too.
Further down the line, the ability to print conductive traces on arbitrary curved surfaces begs for fully-3D pick and place robots capable of distributing electronic components across the surface. Apparently this challenge has already been solved in the lab and is just awaiting significant commercial demand.
To learn about the players, technologies and markets in and around 3D printed electronics read our report 3D Printed Electronics and circuit prototyping.
Top image source: GE 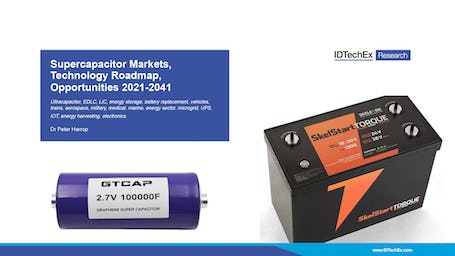