Speaking at the world's largest conference on the subject - Printed Electronics Europe staged by IDTechEx in Dresden Germany in April - Walt Bonneau of Cubic Corporation described the penetration of RFID into transport ticketing as follows: 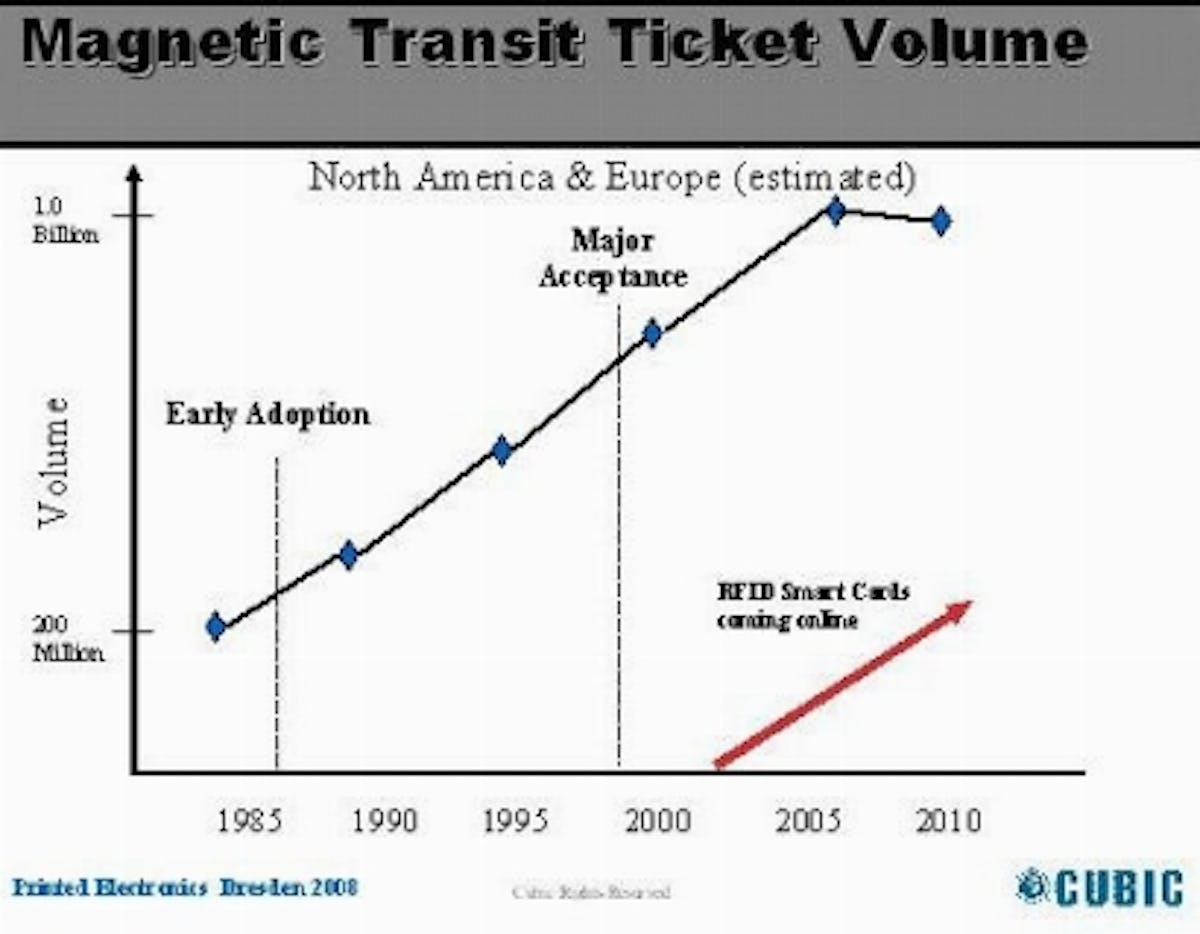 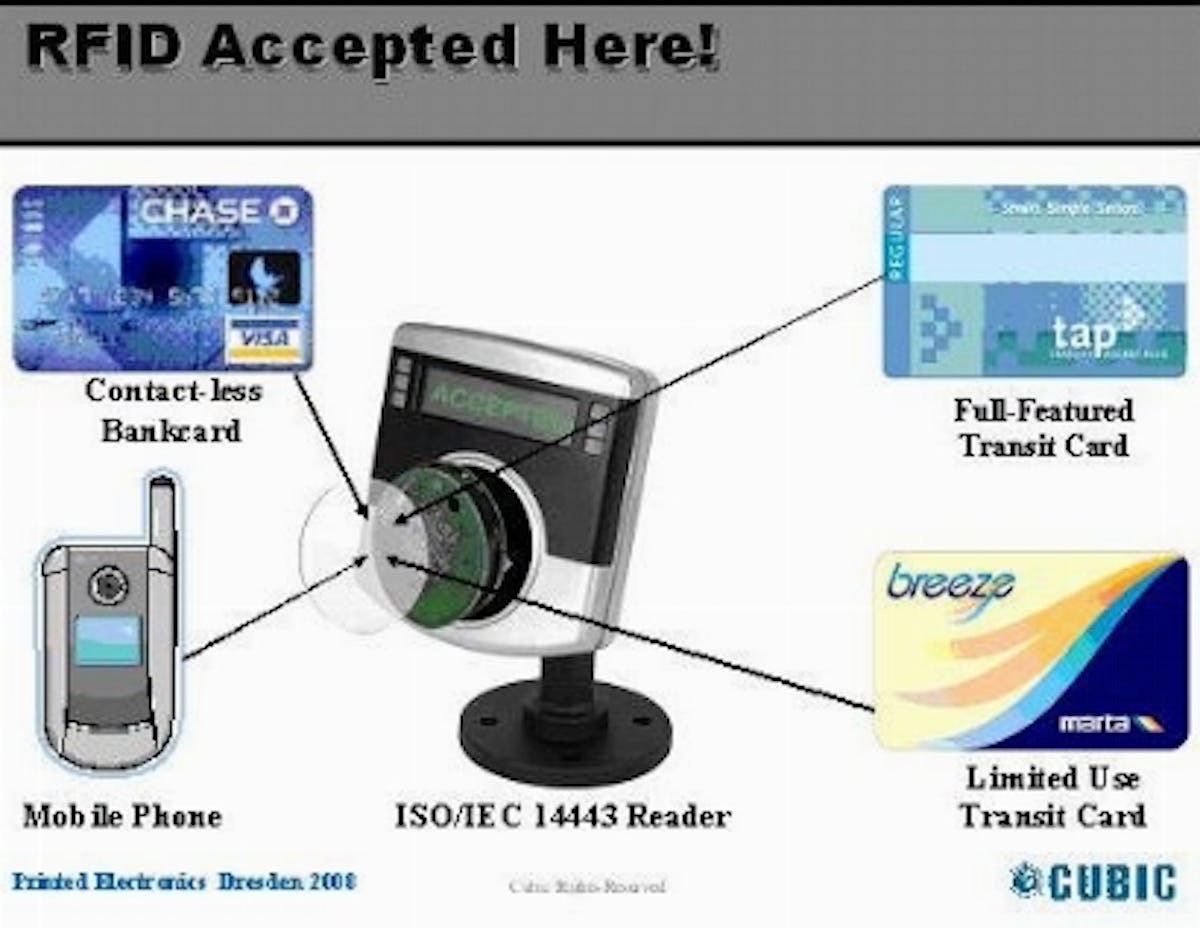 Source: Cubic Corporation
In addition to this, Moscow Metro is taking RFID tickets at a rate of 360 million yearly and the Chinese National Railway is trialling 120 million of its three billion annual requirement. Clearly the big penetration of transport ticketing by the more reliable, faster and less easily defrauded RFID will only happen when it is entirely printed and therefore costing under 5 cents per disposable ticket in the view of IDTechEx (Walt implied that next generation tickets starting at cost of 7-12 cents will be sold in something nearer to tens of millions than billions yearly). That is what Cubic intends to lead, working with its own chip RFID tickets and later tackling much larger potential with transistors and antennas printed by partner Kovio, which says it can meet the necessary ISO 14443 specification. 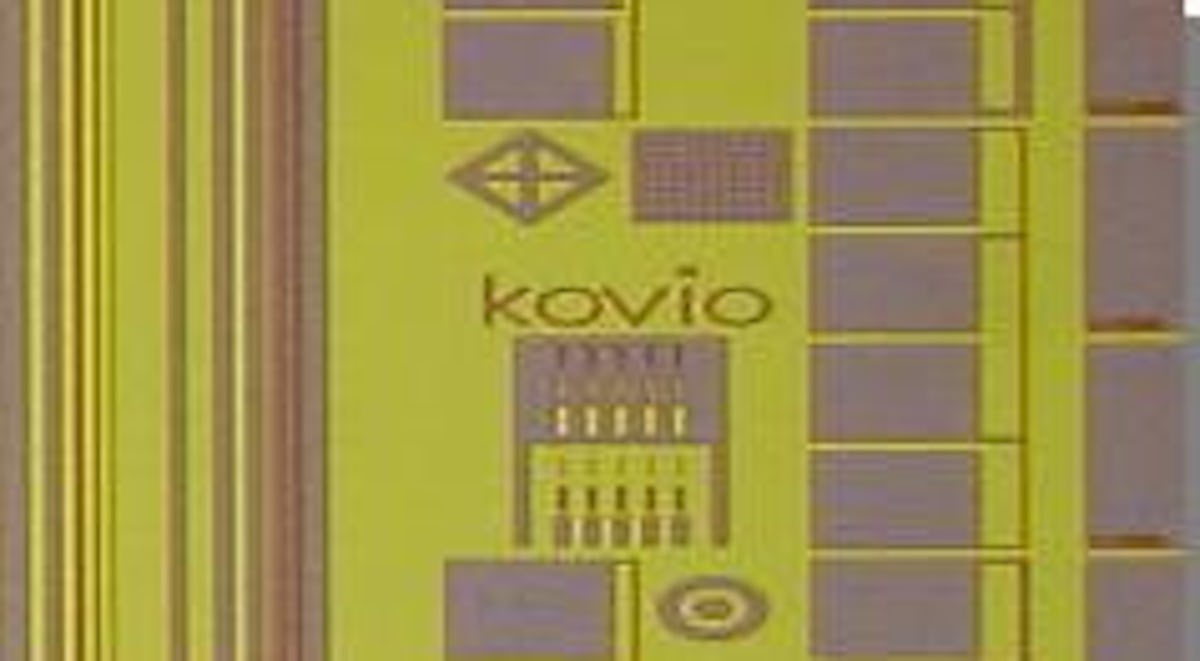 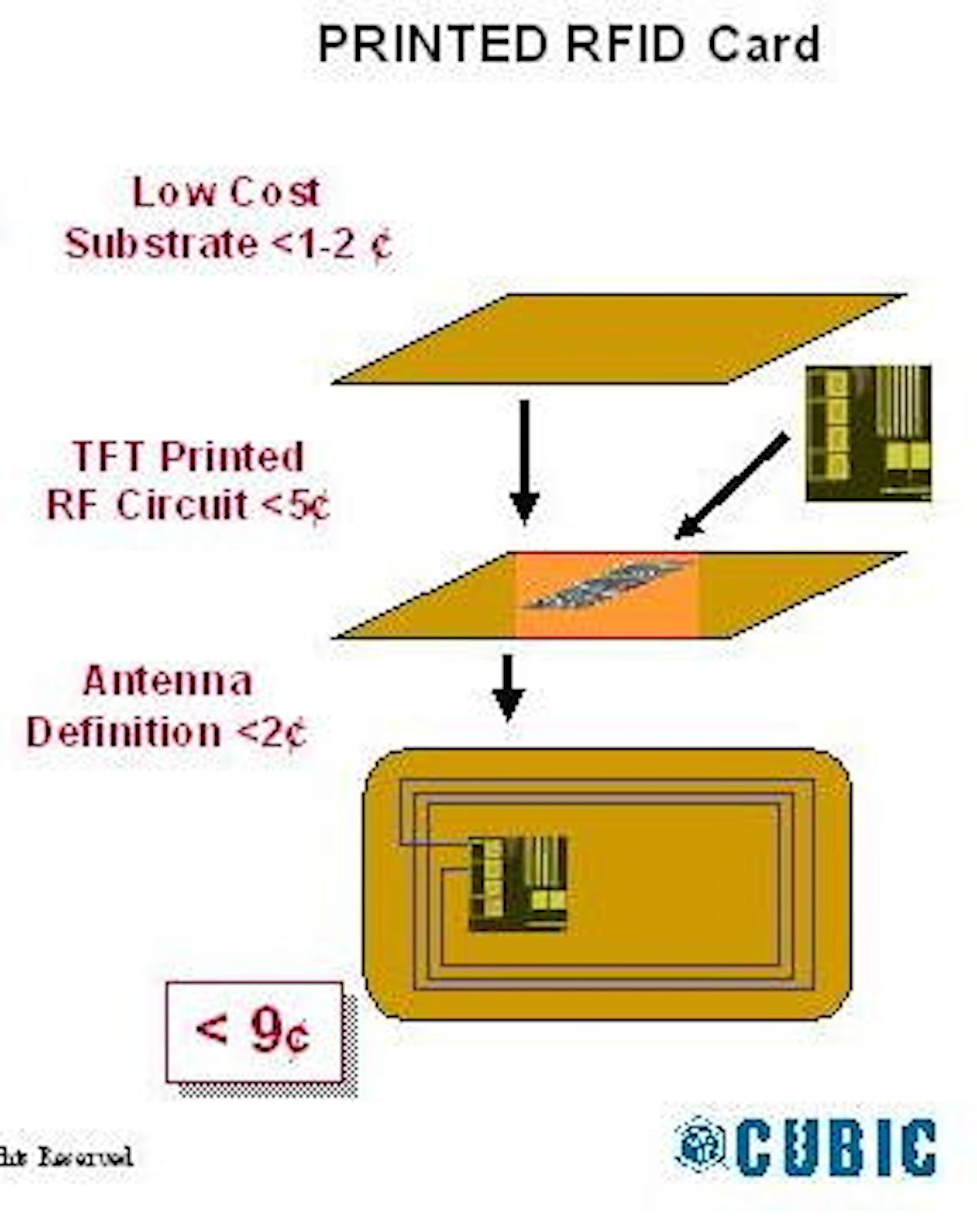 Source: Cubic Corporation
It is not an easy task because "Transit applies RFID products in a manner that is demanding:
Indeed, Walt Bonneau counselled that the raw volume of transit ridership is only part of the equation because over 80% of all transit rides are taken within two, three hour peak periods requiring intelligent, fast and secure ticket media. Reduced bus boarding times (Dwell) directly correlates to the amount of investment needed in rolling stock (Buses, Para-transit vehicles). Patron convenience is a clear factor in improving ridership and tracking replacement parts and status can also be achieved with smart tags and labels.
So what of the equally large market for venue ticketing? The Cubic figures seemed to imply that the total ticketing market is around 20 billion tickets yearly. We shall have to wait and see.
If you missed Printed Electronics Europe 2008 you can purchase the proceedings on line or attend Printed Electronics USA 2008.