Around the world with dye-sensitized solar cells

Annemarie Huijser, during her PhD studies in TU Delft in the Netherlands has succeeded in substantially improving a process in a type of solar cell which is similar to Grätzel cells. In the case of Grätzel cells, however, the dye and semiconductor are very close to each other, they are almost blended. As a result, the excitons do not need to move that far. One disadvantage of this type of cell, however, is the complicated method of charge transport. For this reason, Huijser chose to adopt a different approach and use a simple dual-layer system of dye and semiconductor.
Huijser compares dye molecules to Lego bricks. By varying the way the bricks are stacked and observing how this influences the exciton transport through the solar cells, she studied the best sequence of dye molecules. Excitons need to move as freely as possible through the solar cells in order to generate electricity efficiently. Huijser succeeded in increasing the average distance which the excitons move in the solar cell by twenty times up to a distance of approximately 20 nanometers, comparable to systems found in nature. This substantially increases the efficiency of the cells.

The R&D team at Dyesol, lead by Dr Hans Desilvestro and Mr Ravi Harikisun has demonstrated a novel tandem Dye Solar Cell with over 10% efficiency in average light conditions. The importance of this achievement is that the cells are of industrial size and are manufactured using Dyesol's standard glass substrates, pastes and electrolytes. The device utilises two dyes back to back to capture a much broader spectrum of the light. The first dye is the standard high purity B2 dye manufactured and sold by Dyesol in bulk quantities and the second dye is a novel near infra-red dye.
The early success of this R&D project which was only commenced in March this year has encouraged the company to establish a new business area in tandem products to further develop this product and other tandem devices.
Earlier in the year, Dyesol and Corus, the leading steel manufacturer in Europe, commenced the joint Welsh Assembly Government (WAG) sponsored project for the application of Dye Solar Cell Photovoltaic technology (DSC PV) on steel sheeting as part of a continuous manufacturing process. WAG in the UK is providing funding under the SMARTCymru program and the companies are establishing facilities at St Asaph and Shotton to carry out the project.

By using a popcorn-ball design - tiny kernels clumped into much larger porous spheres - researchers at the University of Washington USA are able to manipulate light and more than double the efficiency of converting solar energy to electricity with DSSCs. The group made very tiny grains, about 15 nanometers across. Then they clumped these into larger agglomerations, about 300 nanometers across. The larger balls scatter incoming rays and force the light to travel a longer distance within the solar cell. The balls' complex internal structure, meanwhile, creates a surface area of about 1,000 square feet for each gram of material. This internal surface is coated with a dye that captures the light.
The experiments were performed using zinc oxide, which is less stable chemically than the more commonly used titanium oxide but easier to work with. The overall efficiency was 2.4% using only small particles. With the popcorn-ball design, results presented show an efficiency of 6.2%.
The researchers in Washington University are now hoping to transfer the concept to titanium oxide, which gives the highest efficiency DSSCs. 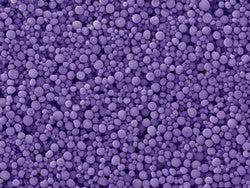 Millions of the balls compose a layer of the solar cell.
source: Washington University 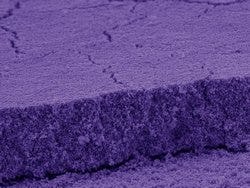 The thin light-absorbing zinc oxide surface, pictured here in a picture from a scanning electron microscope, is about 10 um thick, and composed of the popcorn ball like structures.
Source: University of Washington

A claimed breakthrough barrier technology from Singapore A*STAR's Institute of Materials Research and Engineering (IMRE) protects sensitive devices like organic light emitting diodes (OLEDs) and solar cells from moisture 1000 times more effectively than any other technology available in the market, opening up new opportunities for the up-and-coming plastic electronics sector.
IMRE has already signed agreements with a number of companies to advance the technology into the commercial domain. This includes a collaboration agreement with G24Innovations in order to look into developing the films for use in solar cells so as to improve the lifetime of DSSCs.

Janne Halme, from TKK Finland, along with Dr Arthur Frank of the NREL will be presenting the advances in their institutes in sensitized solar cell technologies in Denver Colorado at the launch of IDTechEx's Photovoltaics Beyond Conventional Silicon conference on the 17th and 18th of June 2008.
For more information on the conference agenda, exhibition, masterclasses, investment forum and company tours, please visit www.IDTechEx.com/pvUSA.
Also read Printed and Thin Film Photovoltaics and Batteries.
Top image: A close up of a single ball, 300 nm across, University of Washington 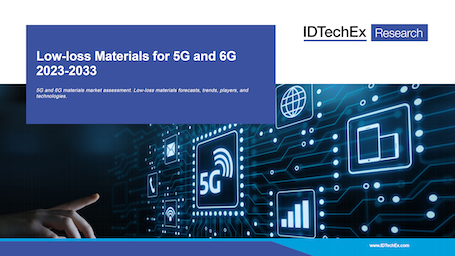