IDTechEx Research recently attended and presented at this event. The following are highlights from three companies - PolyIC, Atmel and Canatu - who presented on transparent conductive film (TCF) technology.

Klaus Ludwig of PolyIC presented on their portfolio of work. PolyIC is able to realise a range of components using basic functional films, as shown below. They typically use 50 micron thick polyester film substrates with production speeds of at least 30 meters per minute. Metal layers are <100nm high, and the minimum structure size is approximately 10 microns. 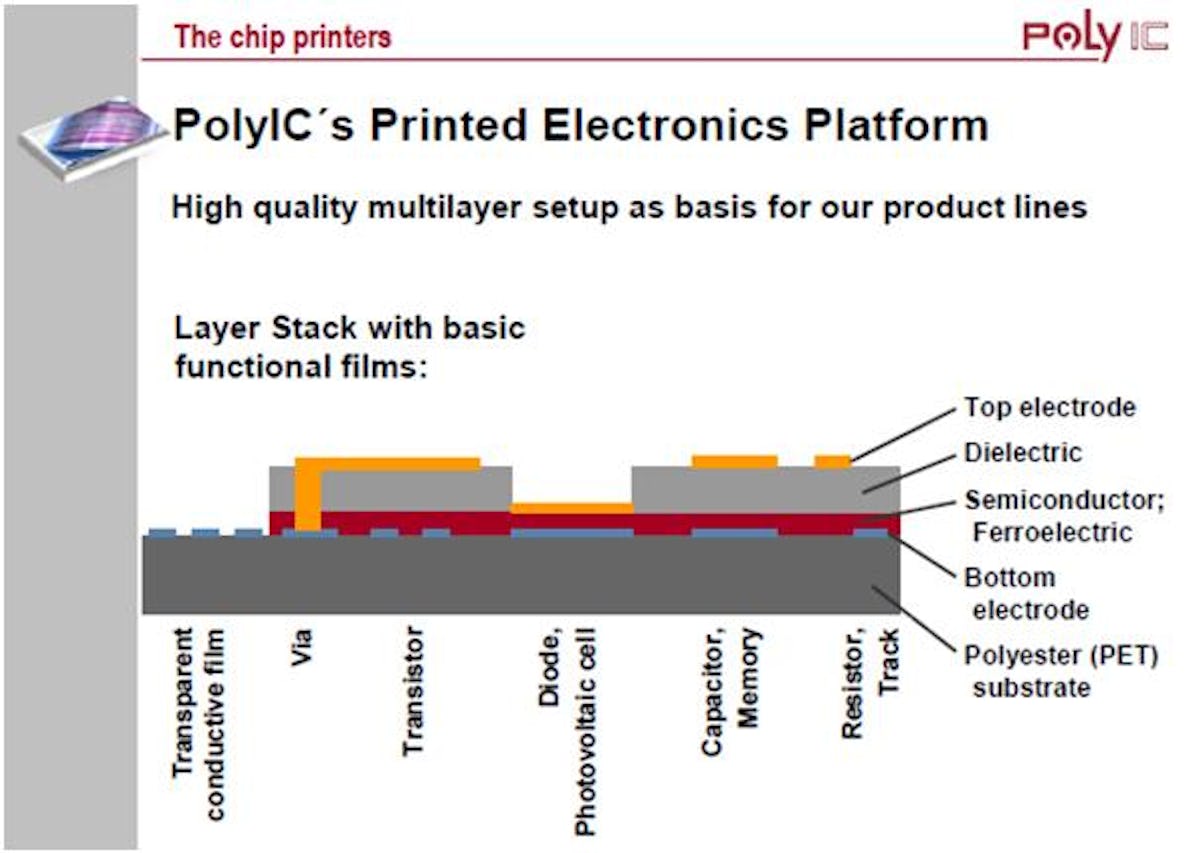 Source: PolyIC
By patterning thin electrodes they can create a transparent conductive film - light can pass through the gaps in the wires. This consists of a substrate, the silver wire mesh with approx 10 (or more) micron resolution, and wires approx. 200microns apart, and then a protective film. The overall sensor is approximately 50-75 micron thick. Silver or copper can be used, and each device size can be customised.
With special structuring, a single layer can realise multi touch of up to 5 points on one sheet, rather than using two films for multi touch. Among other things Ludwig cites the benefit over ITO as being able to scale to larger sizes (where ITO becomes too resistant). The product is being commercially used to control a lamp (on/off), shown below. The touch layer can also be integrated with inmold technologies, creating touch sensing 3D surfaces. 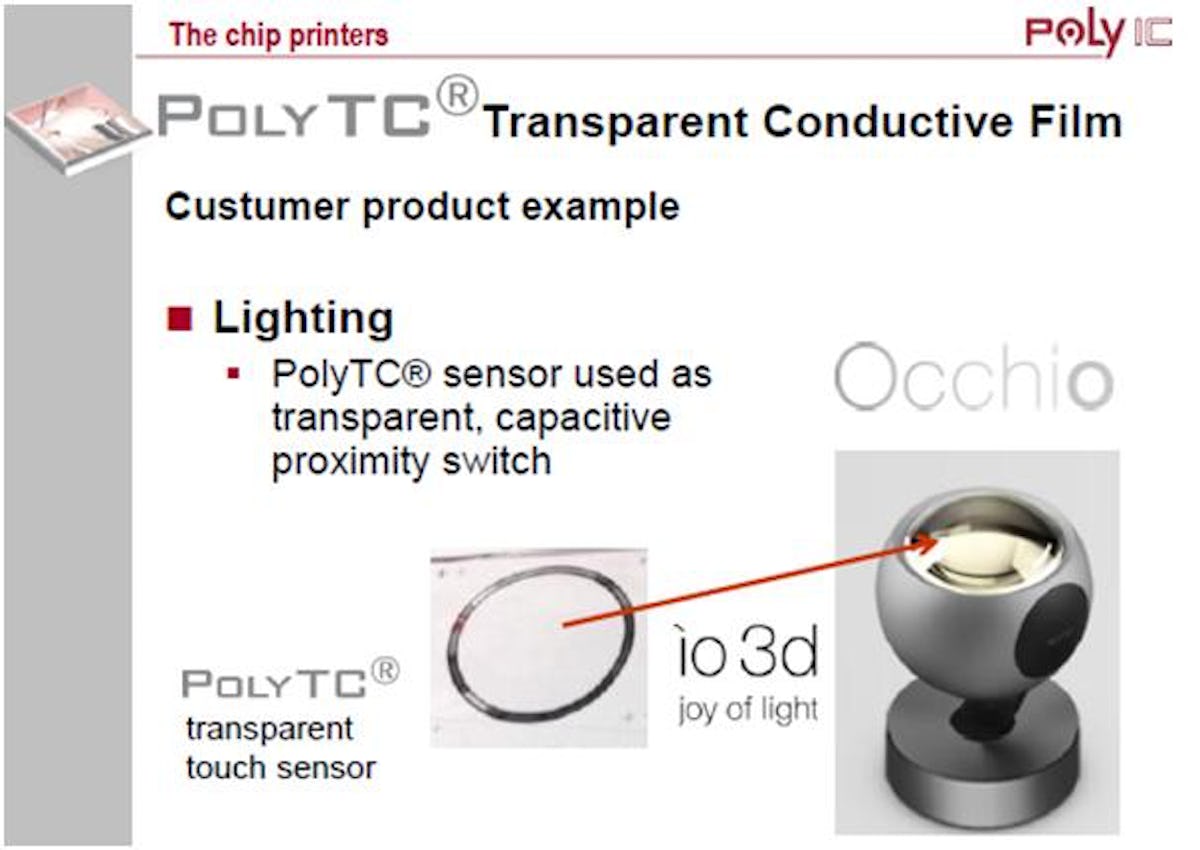 The new kid on the block with a conductive mesh transparent conductive film (TCF) is Atmel, the giant electronics company. Atmel provides driver circuits for capacitive touch but now has moved into also supplying the touch sensitive film - with the company reporting a new flexible touch sensor material. Like others, the sensor can be wrapped around a device, enabling controls on the device edge which is still part of the same sensor. The TCF film use copper lines on 50 micron thick PET foil. They deposit the copper with an additive photo resist process.

Canatu uses hybridized Carbon nanotubes and Fullerene, as pictured below, which gives 100Ohms/sq at 92.5% optical transmission, or 150Ohms/sq at 95%. 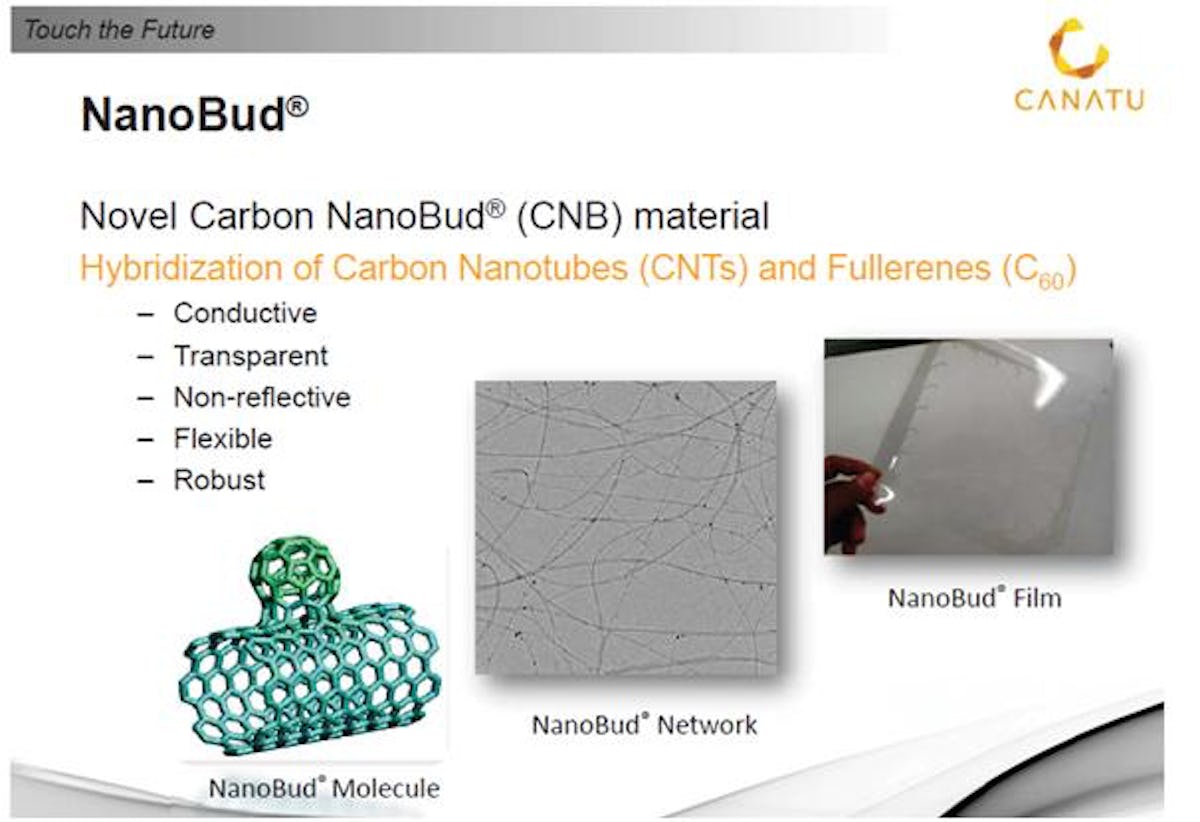 Source: Canatu
The speaker pointed out that their product improves contrast compared to ITO in touch panels, as the reflectively of their "Carbon Nanobud" sensor is less than that for ITO. 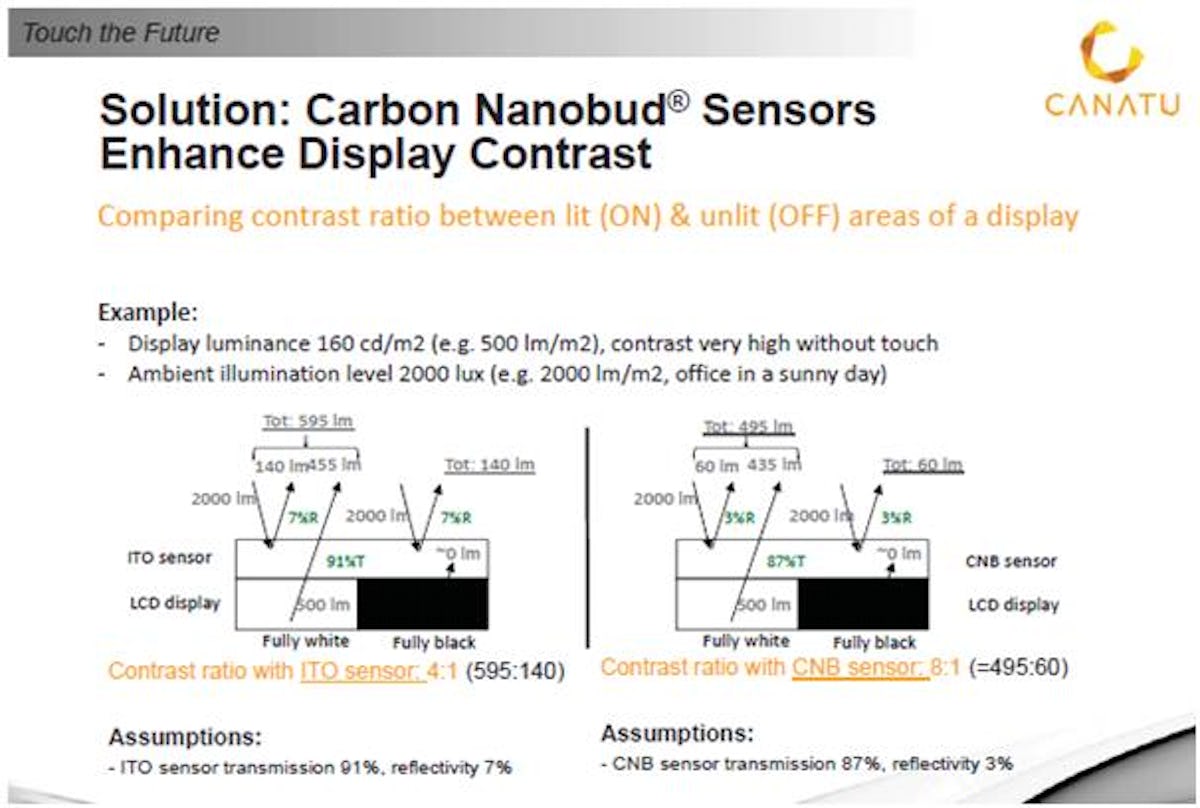